World Of Home: Lyran Civilization
A+ A A- 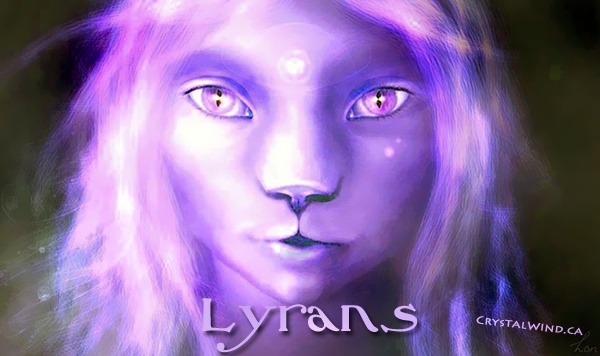 From one thought, whole worlds can come into existence. So it is with many worlds which sustain civilizations, your own among them. The worlds of the stars of Lyra likewise came into being in response to the thought, arising from within the core of divine expression itself, is love endless? Is love all? These are the fundamental expressions the human mind can understand of the very foundation of planetary existence, human beingness, and reality in general.

The change from a reality in which everything is known and understood to one in which nothing is certain marks the moment of total transformation. Certainly, this is the common experience most humans on Earth share, regarding birth, death, and change. It is not so on all worlds of human life, however; it was not so on the worlds of Lyra. Humans developed a need for forgetting as the means of triumphing over the dark forces’ attempts to control destiny. How, we will explore at another point in our narrative. For now, we would like to look at the change forced upon our far-away ancestors. In this way, we can rediscover home.

The sentience of the life-sustaining worlds of the Lyran star system were ancient even in the days where our attention turns. It is the sentience of the worlds which determined the landscape and natural environment, which extended through the living creatures, and to which the human population was anchored. The harmonics within the biosphere resonated within the galactic vicinity as a steady deep tonality. Within the core of the planetary bodies was a keynote to which active entrainment perituned. Around vibrational pulsations, remembrance and knowing were as one. Awareness aware and consciousness conscious, all of life kept the fundamentals of harmonic relations in balance.

How does discord creep into the matrix of balanced algorithms of life? Any overabundance in such a system, enclosed within a network of ecospheres, will naturally cause a likewise underabundant counterbalance. It is within a physical experience understood as dynamism, and is outside the understanding of physical beings in an enclosed system. Thus, as the many became the few, following the massive slaughter of populations of human beings in physical form, a vacuum suddenly appeared where balance had been before. The understanding which arose engaged the remaining population in a dynamism which still echoes through the galaxy.

From the moment I generated a conscious interface with the Pleiadians of the League of Light (at about the turn of the century, 1999-2000), they have called me Joegil.  Here is what I know about Joegil: She is a Pleiadian “commander of light”, and well respected among her crew for her devotion to the mission. About 20,000 years ago, she was on Earth, and at the time of a catastrophic rift in the timeline due to… I’m not sure exactly what… she encoded her consciousness to be revealed at a later time when the rift would be repaired. Code travels very well through DNA, and this was the mode of transport through time she chose. At the right time, she would be able to merge her code with the carrier of the matching code, and she would reveal her consciousness in a sort of integration with the carrier, me, Maryann Rada. Source