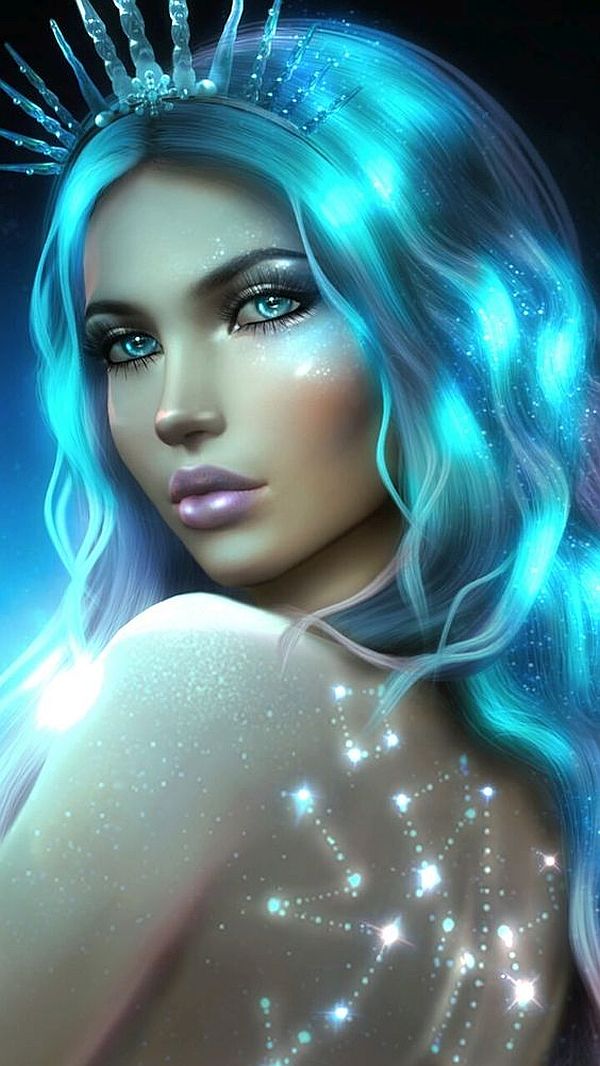 We want to add something else to the pot here. The moon influences the rhythms of Earth. Who is to say that it is not designed? The moon reigns over the flow of energy in the body in the same way that it governs the tides on your planet. It is a very powerful electromagnetic computer. If the moon affects the tides, it also affects the tides in your own bodies, the blood in your own bodies, and the hormones within the blood.

There have been different cycles on your planet, accompanied by swings of the pendulum. There was a long reign of the matriarchal energy on Earth. Then the patriarchal energy came into rulership and eradicated any indication of feminine leadership and knowledge. Feminine knowledge was only passed on in myth and legend, where the feminine was recognized as a participant and perceiver of life. She felt connected to the web of existence through the birthing process.

At one time there were forces of extraterrestrial intelligence that worked to activate feminine principles. This was done because of the feminine ability to bring life and to feel. That is where the female association with the moon came from. There was an influence from the moon, which transmitted a feminine energy program. The moon is like a big computer, so different beings and forms of intelligence can own the moon or have the ability to program the moon. There were beings who programmed the moon into a feminine cycle. That is remembered because it involved a loving, benevolent time. Then, of course, things changed.

The energy from the moon has been beaming electromagnetic frequencies onto Earth for eons now to maintain the two-stranded DNA. Don’t get mad at the moon for doing this. There is nothing wrong with the moon. It is only broadcasting programs. The moon establishes a breeding program within females. This reproductive cycle creates the possibility of producing children much more often than the solar cycle.

Understand that the moon outlines your breeding program. However, as a species you can move into a new cycle for procreation. This will help stabilize the overpopulation running rampant on the planet. There are fears today of doubling the population of the United States in a very short period of time. You are already bursting at the seams. Over the next fifty years, there will be a different influence on the moon, and the moon’s cycles will change the Earth cycles. Everything is going to change drastically. You have been available to breed every month. It involves a very different experiment if you are available to breed only once a year. The changes will alter the whole female cycle so that the rate of pregnancy changes. The current system does not work; you would destroy yourselves overproducing. At this stage of exploding world population, it does not serve you to be available for conception every lunar cycle.

For many centuries the midwife was considered to be the greatest enemy to the Christian religion because she could alleviate pain, she could tell other women about the mysteries of their bodies, and she understood herbs, a sacred part of the Living Library. The Christian religion became very patriarchal and afraid of the Goddess and women. They feared that female power took authority away from the church, and away from men.

The abortion issue has nothing to do with whether you can have an abortion or not. It is designed to keep people separated and confused over female energy. It is a plan against the Goddess to disempower women and have them think they have no choice; or, when choice is available, to have them think the choice is abortion. There are plans to confuse women about their bodies to a very large degree. This is fine. There is no problem, because each of you chooses the lessons you need to learn. You can open your hearts and send healing energy to people, inviting them into a state of expanded consciousness; however, you cannot make them change.

The energy of the Goddess is moving rapidly, ready to work with those of you who are willing to remember her call. Her instructions are to honor your bodies and Earth and your sexuality, because it is through this process that you are all created. We know that some of these ideas make you uncomfortable, and that is why we bring them up. Embrace the fullness of your bodies and of what needs to be done, and get on with it. Work together, play together.

Women, wake up and read the owner’s manual of your bodies and discover that you own something valuable. Men, you own something of value as well, and this something called a body has cycles, rhythms, and patterns. It can do miraculous things.

It is a grand distortion of your identity to think that sex is only for procreation. It is a travesty that this has been taught. No one ever has to have a baby if she or he does not want to. Begin to think and feel in terms of influencing all of your body’s functions, including conception. You can say, “I know that my thoughts and feelings control the functions of my body. I influence it, and when I’m ready to have a baby I will energize that. Otherwise, I am not available.” This is a very freeing concept to consider.

If every woman on the planet really knew how much power she had, what do you think the patriarchy would do? Eons ago a version of the patriarchy became threatened by the power of the female. So women, in order to hide their power, doubted themselves so that men could take a stance and say, “Let us have a chance to run the world and see what it is like.” The feminine force took a back seat. Women agreed to believe that they had the curse within their bodies and that bleeding was bad. Women doubted the very life force within themselves, and whether they had any influence over it.

We have 1612 guests and no members online