Kaškulak Cave: The Seat of Evil or a Scientifically Explained Anomaly?

Kaškulak Cave: The Seat of Evil or a Scientifically Explained Anomaly? 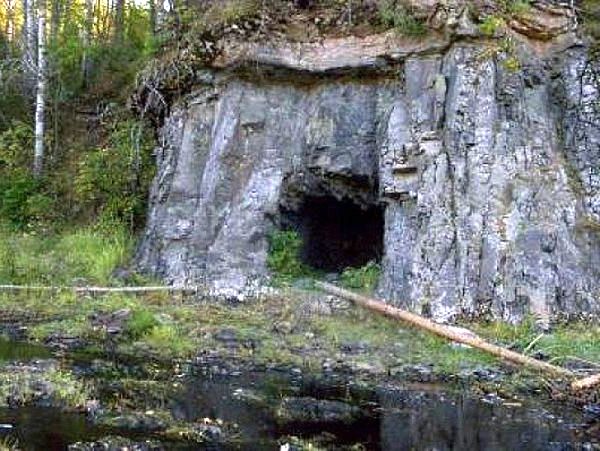 Kashkulak Cave is located in the north of Chakasiya (Russia) and is considered one of the most haunted places in the world. Locals call it the "black devil's cave" or the "white shaman" cave, and they have an explanation for that.

This place was a cult refuge of the ancient Chakas. The pagans worshiped here not only the symbol of the continuation of their family, but also the black devil. The ancestors made animal and human sacrifices to appease the evil spirit.

The authenticity of the legend is also confirmed by the ancient altar and the fireplace, which are located in the cave and are arranged around a natural stalagmite in the shape of a phallus. According to this legend, the cave engulfed the dark energy of ancient shamans, which, protecting its secrets, from time to time it throws at overly curious visitors to the cave. The legend is also confirmed by the human remains and animal bones found here.

In the 1960s, a group of 20 students decided to go to this godforsaken place. A day later, only two students managed to return. One girl, who was in an insane state, was picked up by hunters near a cave. She bit and screamed incoherently. She was immediately transferred to the mental ward.

A second student was accidentally discovered by a police patrol in the village of Šira. She wandered the dark streets of the village, gray, with a corpse face and lips biting into blood. She held a stone figurine in her hands, which she did not want to give up at any cost. She didn't stop for a moment, still mumbling something insanely. The girl was taken to a psychiatric hospital, where she "went" to a mysterious illness within a month. Doctors were unable to determine the cause of death; the rapidly losing patient was insane, but otherwise perfectly healthy. The nurse found a small stone figure under the dead girl's mattress. 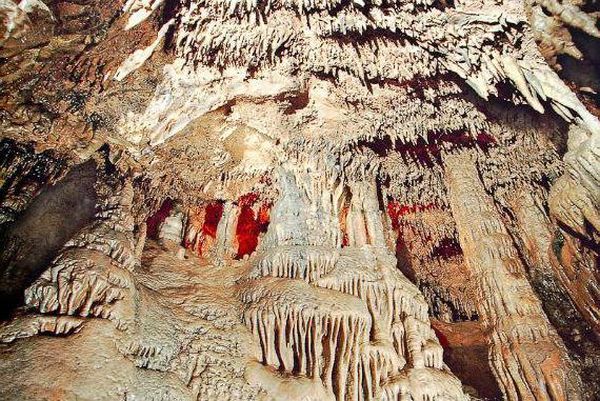 Kaškulak Cave has been the subject of infamous rumors since then, but it has been visited by several expeditions. Some of them went without incidents and people were disappointed at the lack of excitement. The others were lucky, but it's hard to call it luck. One day, an expedition composed mostly of schoolchildren on vacation experienced the incredible power of an ancient cave to the fullest. Three days before the end of the camp, the children begged the adults for the last "walk in the caves".

As they passed the nearest caves and were about to leave the underground, they were suddenly gripped by a chill of terror. The children set out for the east, pushing their equally frightened parents and teachers. It turned out that everyone had a different "view" of the horror. Some of them saw a terrible monster with a bear body and a bloody human skull instead of a head, others saw huge crows sitting on a pile of bones, others saw an ugly old shaman in a dirty horned fox hat beating a tambourine and making complicated gestures. He seemed to be calling them with his gestures…

Some time after the group returned home, one of the visitors, a sixth-grade student, was found hanged in the attic of his house. He left a posthumous message of very strange content. The boy wrote about a stone devil, dark dens and madness. Finally, "die, but don't forget the stones." The deceased boy's parents claimed that the sentence was written in a different handwriting.

In the 1980s, scientists from the Novosibirsk Institute of Clinical and Experimental Medicine became interested in the mysterious phenomena in the Kaškulak Cave. Several members of the expedition witnessed a strange phenomenon when they saw a shaman calling them to him. They escaped into a daze and fear, and only after a few hours did they manage to calm down a bit. Everyone was talking about a man in a bushy horned hat with glowing eyes. They later summarized the evidence and hypothesized that these hallucinations, this unfounded, panicked fear, were certainly not the work of evil spirits, but the result of very real external influences. For example, an indescribable horror can be caused by an infrasound of approximately 6 hertz. 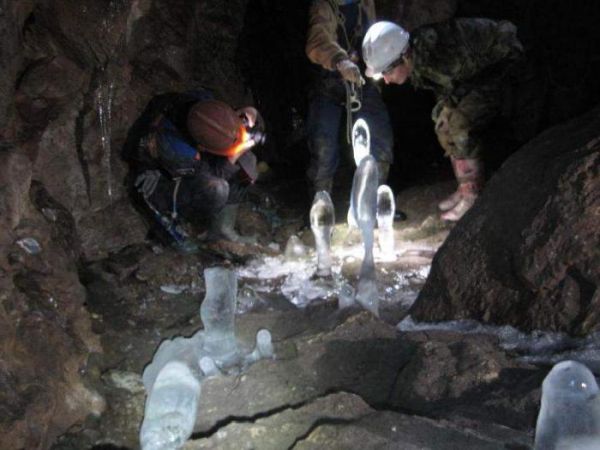 A special laboratory was set up in one of the Black Devil's Caves. The researchers performed various measurements and experiments. As a result, a geomagnetic anomaly was detected. The electromagnetic field in the cave is constantly fluctuating. Already in the early stages of the research, the researchers noticed that there was still a narrow signal between the other signals. Sometimes it was recorded as a single pulse, but sometimes it came in "groups". Always with the same amplitude. The signal sometimes disappeared for two or three days, or even a week, but then always returned. The researchers asked themselves: where do these strange impulses come from? After a series of experiments, they were found to emanate from the depths of the cave. It was decided to verify that these impulses were not related to the frightening visions of those who found themselves in the cave. The timing of these impulses coincided exactly with the onset of nervousness, depression,

The pulses have been shown to have a low frequency. One that the human ear does not notice, but affects the psyche. The staff of the institute did not doubt that only an artificial transmitter could generate pulses of such a frequency with a stable amplitude of oscillations. But where would he come in the taiga, deep underground? Scientists have explored the entire cave and descended to the most hidden corners. To no avail. It has been speculated that the strange source of the pulses is even deeper, beneath the cave itself.

In the end, it was decided to attribute the mysterious visions to the harmless hallucinations that could be caused by the unusual chemical composition of the cave's air. However, it is no longer known what the composition was and how exactly it was subsequently examined. But many were interested in a single question: why do different people encounter visions in the form of a shaman? No one was able to answer that.

Other isolated expeditions could not dispel all the myths. And the disguise that began at that time posed much more pressing challenges, and so the mystery of the Black Devil's Cave has not yet been solved. 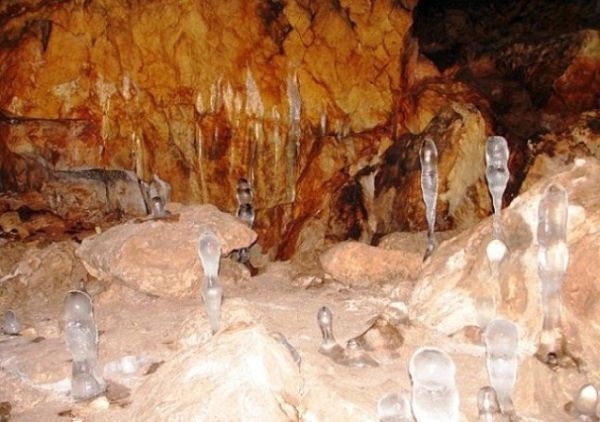