The Flight of the Phoenix, The Golden Bridge and the 11/11 Portal - Archangel Michael
A+ A A-

The Flight of the Phoenix, The Golden Bridge and the 11/11 Portal - Archangel Michael 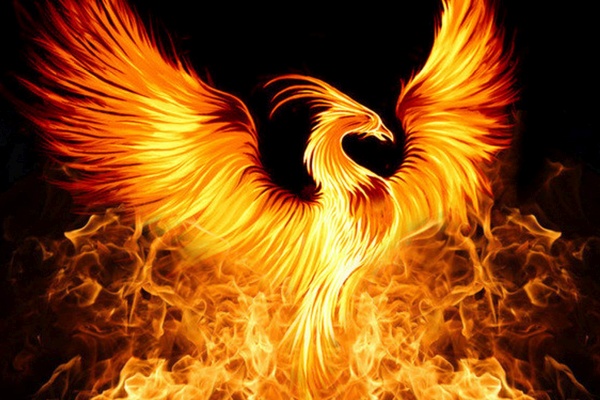 Beloved Souls of Light, we know this has been a difficult year for you and for the Planet.  It has seemed like a year of shock, surprise, conflict and division that is ongoing.  It has left many people stressed, fatigued and confused.  But, we want you to know that this is because the process of Ascension is accelerating and you are moving into higher frequencies at a rapid pace.

Really, Beloveds, you are living through lifetimes of experience in a single year.  `This is because you are completing a major cycle of experience and beginning a new one.

The old cycle was third dimensional, and the new cycle is fifth dimensional.  At this point, these two dimensional time frequencies are existing together, creating a chaos vortex that is necessary to collapse the old matrix and grids and seed new possibilities.

In this fluid “in between” period, it is often difficult to see the process or to know which quantum seeds will germinate and manifest the New Earth that is birthing.  At this time, it is important to always be aware of what is important and to always be aware of what is happening around you and what frequencies are taking your attention.  Strive to stay in the higher frequencies of Peace and Love.  We say this because in the coming months of October and November you will need to be Balanced and Centered and to deal with the powerful energies that will arise in the days of 31st October to 11th November : the Full Moon to the 11/11 Scorpio Gate.

The 11/11 Gateway is a powerful portal that allows you, and the Earth, to adjust your timeline and to create new and higher experiences as you evolve and manifest.  In this 11 day portal period between the Full Moon in October and the 11/11 Portal, the Earth has transitioned from the constellation of Libra to the constellation of Scorpio, relative to the Sun.  The bright star Antares dominates the night sky, and the interstellar frequencies are deep and powerful.

The symbol for Scorpio is the Scorpion,  but less well known symbols are also the Eagle and the Phoenix.  The Scorpion represents the lower or shadow aspects of Scorpio, those of basic instinct and aggression.  You can expect to see many people coming from animal instinct and aggression in this time if they are triggered and unaware.  But, the second symbol, that of the Eagle, represents those who are soul aware and have the Wisdom to see the bigger picture.  Like the Eagle, they can soar above the chaos and act with discernment.

But, Beloved Ones, those of you who are shifting, transforming and ascending with the Earth will follow the Flight of the Phoenix.  This represents the complete transmutation of the old and the past, and the birthing and ongoing manifestation of the New!

The Phoenix was the symbol that the Sirian Star Teachers used to describe the process of Creation out of Chaos, and they called it the “Bennu Bird”.  In their Wisdom Stories, the Bennu Bird would live for a certain time and then would burst into flame and annihilate itself.  But, from the ashes would arise a new Bennu Bird.  This story represented the cyclic processes of life and creation of material reality.

Those of you who are undergoing the “Flight of the Phoenix” will feel as though everything you knew has been taken away.  You may feel confused and sad or angry.  Or, you may feel a deep peace if you allow yourself to move through this process in a place of acceptance and surrender.  You will know that you are following the Laws of Creation and allowing yourself to birth into a New Cycle of Self and of experience.

This will be intense - and it will reach a climax point at the 11/11 Portal on the 11th of November!

The period of 11 days after the October Blue Moon/Full Moon will be a Bridge between the old and the new.  Those of you who are “conscious” and “awakened” will seek to cross this bridge with Inner Peace and Tranquility.  Stay Calm and Stay Balanced.

The Bridge opens with the Full Moon on October 31st.  This is the time known as “Halloween” or “All Saints Eve”, or Samhain in the Celtic Festival cycle.  It is also the time of the Dias de Los Muertos” in the Hispanic culture.  It is a time when the veils between the dimensions are very thin, and there is a celebration of our ancestors and those within the Spirit Realms.  This is aligned with a very powerful Blue Moon/Full Moon; the Blue Moon being the second Full Moon in October.

This is the opening of the Golden Multi-dimensional Bridge - and it is a powerful time for Ancestral and deep DNA healing and cleansing of old beliefs and “programs”.  Beloveds, just “Let Go” and release all past fears and stories that are encoded in your Ancestral DNA.  Allow yourself to feel close to the Angelic Families and call on them to assist in your healing and balancing as you prepare to manifest the New Earth.  The Full Moon energy will magnify energies as they come up, so it is so important to remain within your Sacred Heart Temple of Love and to not allow yourself to be triggered into anger and division.

There will be many opportunities to fall into anger and enmity as emotions run high around the elections in the USA.  We ask that you do not get drawn into the energy of division and conflict and duality, for this will ensure that you are pulled down into the old and crumbling third-dimensional reality.  Rather, focus on making your way across the Golden Bridge of Light towards the 11/11 Portal.  The Angelic and Galactic families will support you, and the Antares Council of Light will be sending Light Codes of supportive energy as Earth passes into the energy zone of the Antares system.

The energy will continue to build as you head towards the 11/11 Portal on the 11th November.  The 11/11 Portal itself is a powerful Consciousness Doorway or Time/Space portal that is held by the Antareans and the Pleiadians, and it is also the closest portal to the Galactic Center/Central Sun of the Galaxy. For this reason the Galactic Council also has an interest in the energies of the 11/11 Portal, and you will receive waves of Diamond Light Code transmissions to assist the process.  And the final Power energy of this Portal will be the energy of the Great Mother/Divine Feminine or Shekinah, whose loving presence will be available as Divine Love and Compassion for All.

These powerful energy transmissions will intensify the chaos on the lower dimensions, as the Phoenix takes flight shrouded in Angelic Fire.  But, we ask you, Beloved Ones, to keep your inner eye focussed on the Golden Bridge of Light and move gracefully through the 11/11 Wisdom Portal.

We wish you Grace and Love in these powerful Times.

Remember always that you never alone and that you are Loved and Supported.

You need only ask and the Angels are with you!