Changes Visible To All - Messages From Montague
A+ A A-

Gathering At The Threshold - Interdimensional Message 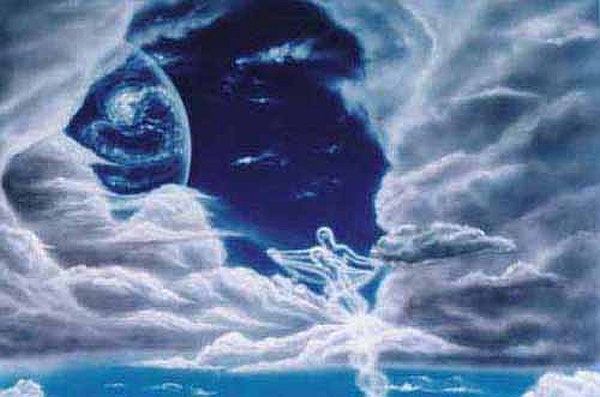 As we gather at the threshold the question is, “Which reality is the real reality?”

Most of us  have no idea how we could even begin to understand which reality is the most realreality. For all of our life, for as long as we can remember, we have been the ones who have had very vivid experiences of other incarnations.

We are among those who have chosen to remember our mission to transmute the third dimensional frequency of Earth, into the fifth dimensional expression of GAIA. What is occurring within this NOW is that the gathering has begun.

This gathering, is the reunion of all the incarnations we have ever had on Earth, who are lining up before the Golden Ones, who are waiting for us to reach the threshold into the fifth dimensional frequency of reality

By the threshold we mean, the exact threshold into the next octave of our personal homeward journey. The beauty of Gaia is that She holds every memory of everything that has happened to her planetary self.

Therefore, the how of the now is approaching, in which the illusions of the third and fourth dimensions are moving into our consciousness in a manner that we have never experienced before in all of our incarnations.

Many of the once unseen beings, are now being revealed to us in their full splendor. This is because more and more of humanity is pushing aside the illusions that we have created for ourselves as third fourth dimensional beings.

We needed those illusion, as well as the courting of theses illusions, because we were not ready to face the truth. The “truth” that we were unready to face was that we, the ones who have remembered, are also the ones to whom we are asking for assistance.

In fact, this is the nowwhich is the “time to remember” the 5th dimensional soft breeze as it flows into our newly evolving hearts and minds. This is now for us to remember our duty to assist GAIA to ground the higher light which is being projected by our galactic family.

This is the NOW for those who are fully aware to remember that GAIA is on the verge of a major transition. But this transition will not occur at a time or place. Instead, this transition occurs at, or on, a frequency of light

Then, as this frequency of light slowly, or quickly, calibrates our consciousness to the frequency of Unconditional Love, our emotional bodies will experience a great healing. This healing will occur when the higher frequency’s of light, which have always being around us and have being patiently waiting for us to join it and experience OUR grand reunion with fifth dimensional Light and fifth dimensional Unconditional Love.

We are preparing to join that which we have thought of as our third dimensional reality with our Unconditional Light, Multidimensional Consciousness, and Interdimensional Love. This union of the higher Light, Love and Consciousness will remind us that WE are the beings who have chosen to take an earth vessel with in this NOW to assist GAIA with Her planetary ascension.

Then, the frequency of Gaia’s planet and all of her planetary beings will commence a slow, or sudden, feeling of Unconditional Love and higher dimensional light. On Third dimensional earth, unconditional love is very rare and it is far too often replaced with Conditional love.

When the humans on Earth have evolved into living via Unconditional Love and Higher Light the transmutation of Gaia into her true fifth dimensional self will commence. Healing via transmutation means that humanity will be able to allows themselves to except the higher frequency of light which they carrying within each NOW.

As this newly incoming fifth dimension and beyond frequency of reality moves in and out of you awareness, which is greatly dependent on your state of consciousness, you will becoming increasingly aware of your true inner SELF.

Unfortunately, many of the humans on Gaia are VERY accustomed to resonating to the third and forth dimensional frequency’s of reality. Therefore, when they get a glimpse, a memory, a feeling, a dream, and/or a channel of the fifth dimensional reality, they may not be able to believe it.

Because humanity can only perceive a frequency of reality that resonates to their frequency of consciousness, which is usually the same dimension in which they have taken a physical body, they may not be aware of their fifth dimensional SELF.

It is for this reason, that many of our galactic beings, who chose to take a third dimensional earth vessel to assist Gaia, have become somewhat trapped in the illusions of the 3rd dimension. Fortunately this trap is also a means of deeply experiencing Gaia’s earth.

The most important thing that all of humanity experiences when they have awakened to their Higher SELF is to experience, is how to listen to, and understand the needs of Gaia’s planetary body. How many people are actually able to even think about, much less attend to, the planetary needs of Gaia?

It would seem logical, that taking good care of the planet would be a win-win situation. However, there are humans who never even think about the needs of Gaia. These people have no concept of the planet as being a living, growing, transmuting and. Hopefully, transcending and ascending being.

These people think that humans are the most evolved beings and life forms on Earth. These people don’t realize, and would not admit, that Gaia’s greatest enemy is humanity. In fact, the very humanity that does not perceive, and can not believe, that Gaia is a living being, are the members of humanity that are creating the most damage to Gaia and making her planetary ascension, more and more difficult.

Some humans think, that they are so very evolved, but the reality is that the most “primitive tribes” or even the “animals,” know that they need to take good care of their environment. These beings know that they’re planet is a living, breathing being, and that anything that is negative that happens, will happen to the planet.

What does it mean, to make the fifth dimension a real reality? In fact, what does a real reality mean? One of the challenges of being a human within your confusing NOW, is that the definition of real seems to change daily. What is real and what is what is true is often difficult to trust while you are living in a reality based on great change.

In fact, even that truth also seems to change everyday, and with every thought and every emotion. What is actually occurring is, that you are in the process of preparing your earth vessel to resonate to a fifth dimensional frequency of consciousness, which will advance your reality to exist beyond the illusions of time and into the NOW of the ONE.

Because the consciousness of humanity was limited to the third and forth dimensions, the only components of Gaia’s reality that we could perceive was the third dimension in the daily lives and the fourth dimension during dreams, and sleep, and meditations.

In fact, we are resonating to the up coming NOW, in which at least 51% of humanity will be able to transmute their physical vehicle, beyond the fourth dimensional Higher Astral Plane and into the fifth dimensional plane of the HERE and NOW. Once you cross that threshold from the third, fourth Time/Space world into the Fifth Dimensional, Here/Now world, reality will appear to be VERY different.

For one thing, as you cross into these higher worlds, the illusions of being an earthly human, that has had to live within the time and space of their physical body, begins to be overlaid with the Galactic vision of your Pleiadian self, your Arcturians self, your Angelic self, or your Elohim self.

All the higher frequency’s of your own Multidimensional SELF, as well as all of these higher dimensional beings of yourself, are often living on Venus, as Venus is Gaia’s sister. Therefore, Gaia has sent some of her beings who are ready to Her beloved sister Venus.

While on Venus they will be able to go into that next component of their education towards remembering.  This education is largely to assist these being to remember their true fifth dimensional SELF.

They have studied on their Ships what teachings will best assist humanity to know/remember that they are Multidimensional Beings, and that they are actually just wearing their physical, third dimensional body to be able to blend in with the humans on Earth.

All of these Galactics can wear a body of a third dimensional physical being on Earth, and or  a fifth or six dimensional being of light, on Venus, Atlantis, which is still alive and well within those higher frequency’s, as well as on the ship.

When these volunteers to Earth are ready to return to their home world or Star Ship, they will return to living in the Lightbody of their fifth, sixth and beyond dimensional consciousness.

Whatever reality, time, space, and/or experience, that they wish to experience. While in their fifth dimensional vessel, they can travel within that NOW to share all that they have learned and experienced with their Highest Dimensional expressions of SELF.

Blessings to you all from your Higher Dimensional Family.

+ - Credit Click to collapse
Contact:
Suzanne Lie, Ph.D., has been a seeker since she was a child where her active “imagination” took her deep into her inner life.  Suzanne first stepped onto her spiritual path in the mid-1970s when she met her first spiritual teacher. Since then, she has had many teachers and initiations.
Credit: here
CrystalWind.ca is free to access and use.
Please donate a small gift of $11.11 or $22.22 or $33.33.
Thank you!
ॐ Namasté - Blessings!

We have 655 guests and no members online