Take Responsibility For Your Life - Message From Master El Morya 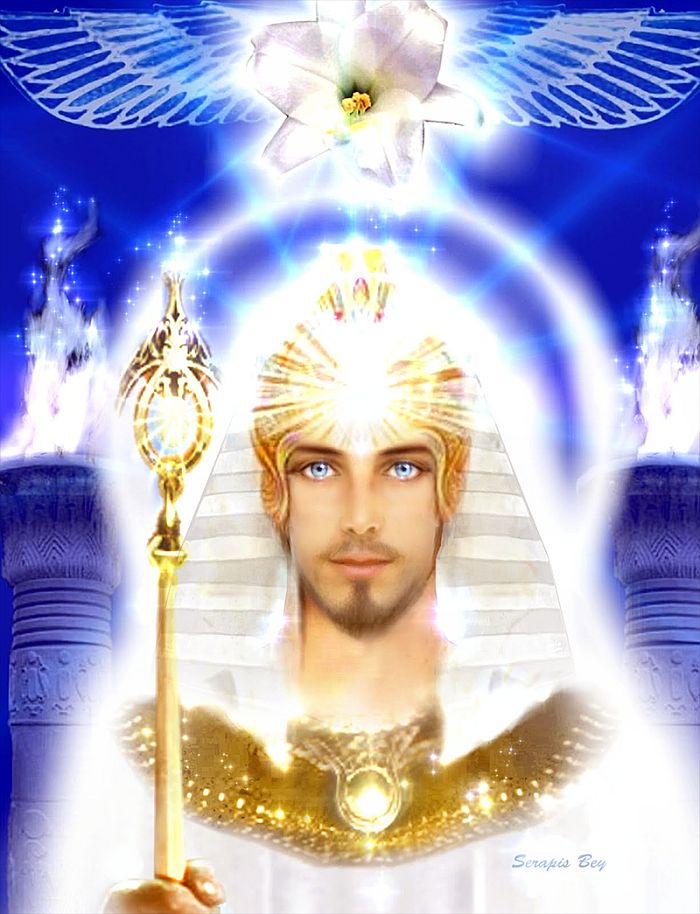 Dear brothers of planet Earth! I AM SERAPIS BAY!

It is with great joy, with great gratitude, that I come here. Thank you very much for being here. Every one of you, every inhabitant of this planet, is being hit by the Light that is coming. Many will just say, “I don't see anything! I do not notice anything!" Light arrives without warning, Light arrives uninvited; she's just coming. And an inner transformation is taking place in everyone on the planet. Belief in this fact is not the most important thing.

It is exactly the lack of faith, the lack of belief, that prevents you today from looking at your devices and seeing that the inside of your cells is changing. For those scientists with an open heart and understanding of what is happening, it would be perfectly normal for him to see that something is different today. But unfortunately, those who apply to science on your planet separate it from the divine.

Science has been introduced to your planet, for development, for creating many medicines, for creating many foods. And that is exactly why it is so far removed from the divine laws. So those who are dedicated to the study, forget that there is something bigger around. Those who make deep and important discoveries for the health of the planet, for the health of its inhabitants, firmly believe that they were the creators of such discoveries; where, in fact, they are pre-prepared souls to bring a little relief to such a suffering race.

We cannot also generalize that 100% of your scientists do not believe in the Divine. There are those who believe and who see a little further; but these are immediately inhibited, immediately attacked, discredited, lest their discoveries advance. But we are coming to a time when these same scientists will have a voice, they will have the opportunity to put to humanity what has already been discovered; and everyone will be able to see how much they were manipulated, how much they were prevented from being happy beings without physical suffering.

Believing that Light from the Central Sun is making changes on your planet is not an easy thing for almost the entire population of this planet. However, look around you. How much is appearing, how much is being revealed, how much is coming out of the underworld. You misinterpret this, as if everything is getting worse, as if your world is going into general chaos. But I tell you, all that you see today, has always existed, only it was hidden and very well camouflaged for you not to know.

What does Light do? Illuminates, brings the truth, takes away the darkness. So, wait more and more, more revelations, because the more the Light arrives, it arrives with more intensity, and it brings out all the dirt that was hidden. Because the rugs have been raised, the barriers have been destroyed, everything that was hidden is being revealed. So change your frequencies, stop claiming that nothing happens. Because when you think or say this, this egregore is already huge on the planet; it is an egregore of disbelief, of lack of faith, in the reality that you want to make happen.

So how do you want a new world if you don't give it credit? This egregore is immense. Those who trust, believe, believe in a New World, also create an egregore, but it is much smaller. And what happens? The process does not speed up. It could be faster than it already is. You want results, you want the Fifth Dimension; and what do you do for her? You vibrate doubt, you vibrate disbelief, you vibrate the energies around you as well. It is an endless war, it is a difficult war to be won by the Light. But the Light is getting stronger each day, and the point will come, that this Light will no longer go unnoticed by you, by anyone. And then everything around you, even your own shadows, will appear, and I assure each of you, the spectacle will not be pretty. Because you refuse to see;

Then what they will see will be ugly, it will be monstrous, it will be dirty, it will be relentless; but only then will everyone believe what we are saying. And then yes, in this great awakening of humanity, Gaia will take a great leap into the Fifth Dimension. And whoever is ready, whoever is already within Gaia's frequency for this jump, will go along with her. What do you want: to ascend quickly or do you want to live all the discoveries, all the suffering, all the disappointment that will happen on this planet? It won't be easy times and we're not here frightening anyone. But there is no way to say, that you will pass smoothly, that everything will be simple, peaceful. We would be lying. There is no more time for lies. This is the reality.

Humanity will reap everything it has planted, and nothing will stand until everything is cleansed and transmuted. So each of you do your part, regardless of what's around you. Do not let yourself be trapped by anyone around you, as it can be a useless attitude in your own journey. Every being on this planet, already has its sentence, has already made its choice. It will not be you, failing to ascend for someone else, who will change their choice. Think about it. Think deeply. And be ready, for the great leap of humanity on this planet.

We have 2393 guests and no members online