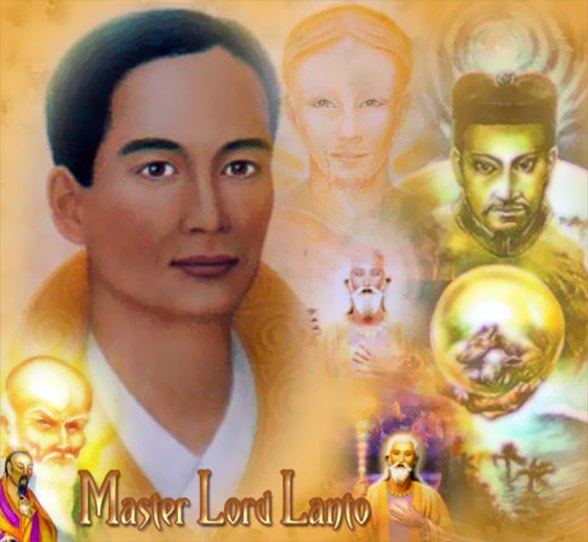 Dear brothers of Planet Earth! I AM LANTO!

It's with great joy that I can be here again, giving each of you a little guidance. At this moment, the time is difficult, but for many, everything is the same; nothing has changed, and everything continues as it always has, maybe a little worse.

That people are evolving, happy, and walking more and more confidently toward the Light. Then many will say, "No, I don't see any of this; I only see pain, suffering, and violence." Of course, because you aren't looking with the eyes of the Light, you've put a screen in front of you that modifies the world around you, which is this very energy there. It covers everyone's vision; it changes everyone's thinking. Everyone who vibrates along with it, everyone who vibrates the world that is out there, only sees despair, only sees violence, only sees a worse world every day, and that helps feed fear, discomfort, disillusionment, and hopelessness, and that is what this mass that is out there is doing: unbalancing to make people more violent, totally insensitive, and making the world see that there are no choices, no new paths, and all is lost.

And this is fed, exposed, said, dictated, and said again by your media, by those who like to exploit the suffering of others, by those who want to hit those who are vibrating this, so that they think exactly how this mass is: without hope and vision of the future. Many may say that some are alienated, totally out of the world, and I say no. Those you accuse of being alienated see with the eyes of Light; they know the truth; they see that the planet is still beautiful; they see that one day is born after another; they see that the stars are still there in the universe. "Ah, but what about the problems?" Problems exist, and if you foster them, they will increase. So why look at the problems? Look at what is good; look at the solution; look at the balance; look at Love.

If you focus on the problem, the problem increases; if you focus on "I'll find a solution!" It appears, and the problem disappears. So, my brothers and sisters, some seem to insist on wanting to show that nothing changes, that nothing has changed, and that everything only gets worse. And many believe this, and by believing this, they are sinking deeper and deeper into this mass. And I give you a little warning: in a little while, you will not be able to get out of it because you will be totally swallowed up by it. Your world is moving towards the Light, and you must learn to look at things through the eyes of the Light. And he who looks through the eyes of the Light does not judge, does not criticize, does not condemn, does not foment fear, does not foment disharmony, does not foment imbalance. On the contrary, whoever looks through the eyes of Light sees Love, unity, and action.

Now, if you look with the eyes of this mass that is there, letting yourselves be involved in what it tells you and brings you, you will see no light on your path; you will only see bad things because you chose the most challenging path. Because when we say that the Light is there, you deny it; you prefer to live in the shadows; you like to listen to what's said, not what we say. But of course, you each have the free will to make your own choices. We are warning you that if you allow yourself to be carried away by this mass, you will not be able to come out of it because it's powerful. You will be so involved, so immersed in the thoughts and ideas of this mass, that you will no longer see the Light, you will only see problems and bad things, and it will be challenging to get your mind to see the Light again, but it's your choice.

The wish to vibrate only Light, only good thoughts, or to vibrate what is out there is up to each one to decide. Now it is a pity that those who vibrate this do not only vibrate for themselves; they want to continue to foment this vibration for others who don't want to hear this; they don't want to be contaminated by these ideas of theirs fomented by the masses. They want to hear beautiful things; they want to hear enlightened paths; there will come a time when you no longer have a voice and will be swallowed up by those who don't want to hear you. These people will ignore you, leaving you aside, and you will no longer have an echo. Will this moment have to come for you to wake up and see an enlightened path ahead of you that you refuse to follow?

I would rather you didn't; I would rather you saw the Light and let yourself be surrounded by the Light, not by what is out there. Put your ego down a little and tell it to shut up because it's not letting you see what needs to be seen. Now there will come a time, and I warn you, that you will no longer have a voice; you will be forgotten, thrown into a corner, because no one will listen to you anymore, and no one wants to hear negative things. Where there is a means of Light, people are bothered by it. And no, it's not discrimination; your insistence on maintaining a posture that is not the others'. The other wants to vibrate Light, and if you insist on passing them shadow, they will leave you aside; no longer look at you; they will let you go your way, and they will go theirs.

This isn't the time; the time is to let this negative mass gather those who vibrate with it; it's the separation of the chaff from the wheat, that's it. Is the mass increasing? It may be, but it is certainly attracting all the chaff that is mixed in with the wheat, and it will be very easy, in a while, to separate all this chaff at once. Because those who are chaff are mixing with this mass, and those who are wheat are getting rid of the contamination. This is the journey of humanity, and each one has the choice to be chaff or wheat; there is no middle ground. The day will come when the wheat will all be clean, and the chaff will all be gathered in one place.

That's it; think about it: what are you vibrating today? Are you the chaff, trying to contaminate the wheat, or are you the chaff, being attracted to this great mass and being drawn into it? Ah, there is a third possibility: if you are chaff today but you want to be wheat. So change your thoughts; change your vibrations because there is still time. Now, after this great mass has attracted you, it will be impossible for you to get out of it.

Angels and Light Therapies
Vania Rodrigues
Founder and Owner of Canal Anjos Luz e Terapias, Projeto LACAM and Um Toque Colibri, totaling more than 110,000 subscribers to my Youtube Channels, in which I share Channels and Messages received from various Beings of Light.
Founder and Director of the Nova Gaia Association - NGO in order to bring Christ Consciousness to the hearts of all.
Training: Magnified Healing® Course, Professional Radiesthesia, Crystal Therapy, Facilitator and Akashic Records Reader, Reiki - Level 3A and 3B -  Access Consciousness® Bars Practitioner