Sanhia: Can You Give Us Some Inspiration? 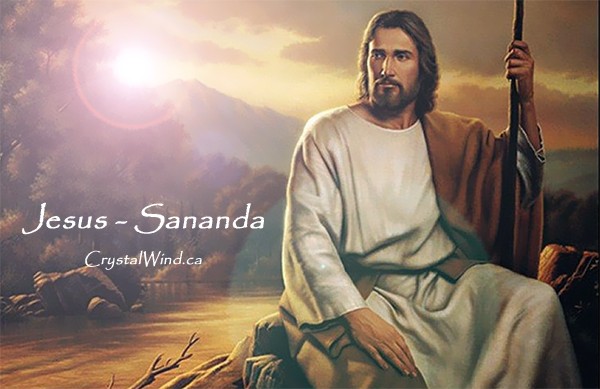 The awakening has taken place and this revelation testifies that humanity has claimed its power and that the people of light with the light warriors of many worlds are killing the dark forces of the past.

The change reaches its peak!

People, you children of God,

you beloved brothers and sisters of light of heaven!

Now it is revealed what corresponds to this time, because times change their quality, while one thing remains unchanged:

CHANGE IS REACHING ITS PEAK.

Well, you brothers and sisters of Heaven, who are with me on this earth, so that we may shape and draw the essence of Heaven to earth, bring it down, by our power of hearts, by our Spirit, which is omnipotent and unlimited in all worlds.

Change is now bringing to light the defining moments of humanity. Meanwhile, the positions are clearly drawn, all actors on the stage of this world act according to their decision; the light-filled hosts and those who feel allied in the darkness. So the positions are taken, now the events are born that take things to the extreme, take them to the extreme, so that because of this dynamic, the new world can rise.

The worlds are separate and what is currently happening in this world, which is located in a corridor between the fourth and fifth dimensions, apparently has nothing to do with an elevation. Every snapshot of this time leads us to sit on the error that this world is falling back into the deep darkness, as the old forces seem to take the helm again.

This is a fundamental error!

What is currently defining your days, the great upheavals at all levels of society, is the beginning of a new phase, that stage that finally brings things to a conclusion.

The potentials that the people of this world access are determined and chosen, which is represented as follows:

A lot has changed in recent years and the final decisions in the collective and in the individual reference have been made.

It is truly a "master existence" chosen by those who are now driving change.

And never before in human history has the willingness, will and power of the collective been so pronounced, even if today you still get the impression that it behaves fundamentally differently.

The awakening has taken place and this revelation testifies that humanity has claimed its power and that the people of light with the light warriors of many worlds are killing the dark forces of the past.

A new fact, which also gains in weight and importance because a unique number of already ascended masters have arrived again – we form a large circle and we are the foundation on which this new world is founded.

Man becomes whole, humanity becomes conscious, even if it is ultimately a small crowd that ultimately completes Ascension and inherits Heaven. Small, measured by the number of people who now experience this world as a reality of life, but significant, measured by the power and power emanating from this collective.

We masters set the energy points and thus change the ground of the earth. The power of crystals begins to spread and work everywhere. This forms the highway for you, on which you can make rapid progress.

Humanity has assumed its responsibility for Mother Earth – claiming its non-transferable right to create a humanity united in love.

We bow to this decision, we recognize this choice as sacred, we know the potentials and we know that this decision is appropriate for humanity and will be for the benefit of this world.

God is great, infinite and omnipresent, an infinite journey for a limited consciousness comes to an end as your consciousness now experiences itself as unlimited.

I am with you, today and all time,
JESUS SANANDA

Channeled by Jahn J Kassl
English edition by crystalflow translations
Our German and English blogs are run separately, since not all of the messages are translated into English. In order to guarantee the clarity of this website and the pure frequency of all entries, the LICHTWELT portal refrains from advertisement of any kind. We will continue to do so with deepest conviction.  Which is why we ask you, dear reader, for your support: With your donation you can ensure this service and the existence of the LICHTWELT publishing house.
Source