Remember My Truth ~ Teachings Of The Masters 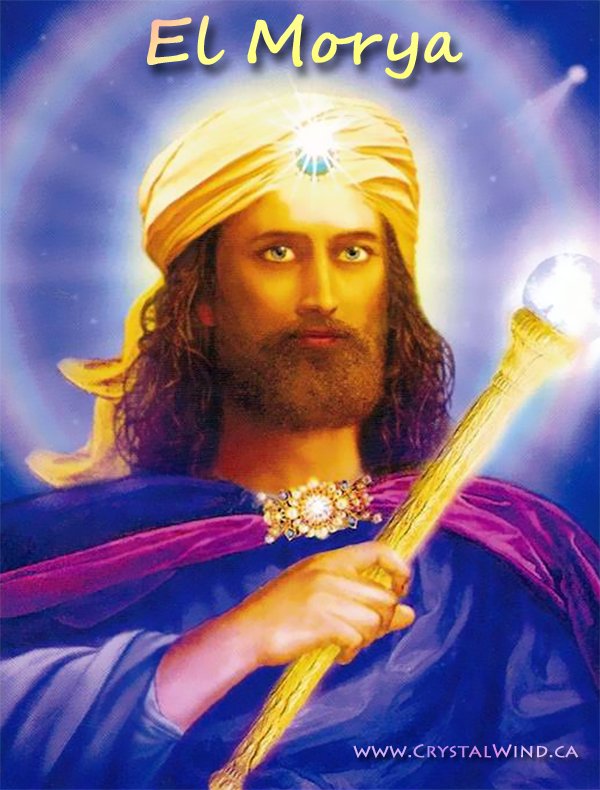 Morya is a name given to one of the Eternals we call “Masters of the Wisdom.” There is a lot of glamor and misunderstanding about the Masters (for one, they are not “ascended”) but rather than address those things, today we will focus on something the Master Morya gave to the world through Helena Roerich and the Agni Yoga teachings. Welcome to a serious “shot of spiritual espresso!"

Morya is said to be the Master of the First Ray of Will, translated as the Law of Economy of Energy in our creation. He works as a unit with his Brother Kuthumi, Master of the Second Ray of Love-Wisdom, utilizing the Law of Magnetic Attraction to bring all Beings forward and together in the Great Work of human redemption of Awareness from ignorance and Love from fear. All the Masters work as One organism to further human evolution in the three great Schools of human evolution, those being Art, Science, and Philosophy, the three pillars of the edifice of World Culture. (You can find out more about the 7 Rays in my 3-part series on them beginning with The 7 Rays Pt. 1 – Primary Energies of Earthly Existence and Human Relations.)

Today we remember Morya through a few passages of His work.

Least of all does verbal affirmation interest US. The significance for Us lies in the state of consciousness and action. As physicians observe the inner sensations and the fluctuations of the patient’s condition, and pay no attention to his whims, so do We pay no attention to verbal assurances but weigh the quality of action. Ancient methods of testing are used by Us. The testing is of long duration and unexpected. Do you remember the exercises of Buddha with his disciples relating to unexpectedness?

Could unexpectedness test fear or falsehood? Precisely, unexpectedness. Necessity will not be the deciding factor. A thief before a judge seems a model of honesty. Look at him not before the judge but in the darkness of an alley. Do not reject testings, for the solution of life’s achievement must be tested by the fire, as steel. Those who trust words are either inexperienced or are not steadfast. Experiment can pass into immutability only through unalterable striving.

Do you know how to strive?

Our co-workers, in action, are distinguished from others by their mobile striving and their broad encompassment. The cosmic life consists of movements of attraction and repulsion, in other words, of rhythmic explosions and accumulations. The activity of Our co-workers is not detached from the laws of nature. It can be observed how activity stores the consciousness and does not fear destruction by an explosion. One thing is unknown to Us – rest in inaction. Our co-workers like Ourselves, generously lay the foundations.

The sowing is needed by Us and We know that the seeds cannot be lost, for that which exists cannot be destroyed. We are not greatly interested in the changeability of forms, for the seed is not changeable. Such an unchangeable seed lies in each being. Even repellent actions do not impede Us from recalling the equality of the essence. And this consciousness makes Us tolerant. It is evident to Us that discordance usually results from mere non-correlation of rhythm. Of course, this lack of correlation impedes the unity of the psychic energy of entire groups, whereas it is just the group energy which can bring closer the utilization of the rays without the annihilation or burning of forces. Vampirism, to a considerable degree, can be attributed to the non-correlation of rhythm. As a result, there is consuming but not cooperation. Therefore,feel whose waves do not harm you, even if externally they appear to you to be from a soul of an alien race.

Two who sit at one table, opposite each other, cannot be antagonistic if they belong to one Teacher. Containment and tolerance are one. Only treason cannot be tolerated.

One must distinguish between difficulties and inability. Difficulties are linked with the higher path, but inability is imposed by a lack of keenness.

One should know that there is no limit to the flexibility of laws. One must speak about the law as applicable to the average, but you know the boundaries of possibilities. Say to many that frequent incarnations would be impossible to endure. Only indefatigable travelers dare many sea voyages. Therefore I teach how to endure in the spirit without having a dwelling.

Neither the subtlety of the Teaching nor the wisdom of judgment depends on age.

We’ll finish this burst of intense spiritual teachings with a few passages from Heart, which I believe is one of the most important works ever given to us. For your consideration, a bit about Heart, beginning with S.29 and 30:

To approach Us, you need an understanding of full freedom. How terrible are the consequences of fear or profit-seeking! Unobscured striving, freed of all burdens, reveals the true path. Only a heart from which no cunning or corruption can be concealed is able to judge where such freedom begins. But the boundaries of the heart’s freedom are subtle ones. What things do people manage to pile up around this subtle web! If the heart resounds to a distant earthquake, if our skin senses the warmth flowing from a hand, even over a considerable distance, then how much more strongly must the heart vibrate in response to human radiations! It is precisely this property that contemporary science fails to note sufficiently.

Why do so many experiments fail to yield results? First of all, because of impatience and unwillingness to accept responsibility. Sometimes people upbraid Us, saying that help did not come in time. But instead of reproaching Us, the person who asked for help ought to recall how before things were ready he veered off the path or started thinking that his load was overly burdensome. It is very sad for Us to see cowardly deviations or unwillingness to place oneself on the edge of an abyss. How can one intensify energy if not by an extreme situation? Such situations should be regarded not as end points but as beginnings. Likewise, for the exercise of patience it is useful to grasp the concept of a beginning. For some people everything is definitely an end, but for Our students everything is a beginning.

The most difficult thing for people is to combine extreme spiritual exaltation with tireless action. Success requires a high degree of spiritual tension, but in each action a certain reserve of energy must be maintained. An exhausted action loses its beauty and the magnetic power that comes from being convincing. A singer who has exhausted her vocal reserve primarily arouses pity. The manifestation of extreme spiritual tension should not express itself in acts of desperation, for in that case the manifestation of inner energy would dissolve in activity that is alien to the spirit. You should have a firm understanding of this law, in order to avoid turning into a windmill. I advise you to gather all the forces of the spirit, so that you do not scatter them in unrestrained actions.

An Agni Yogi is economical in everything, not out of stinginess but because he knows the value of the energy that is poured forth from above. Thus, he conserves his own energy as well as the energy around him. People usually fall into error by assuming that energy is only in great actions; they forget that expenditure of the very same energy, so precious in its essence, is far greater in small matters. Small actions and small things clog life up. You should be especially careful of dust, which mixes with the emanations of objects and scatters the personal energy that should be preserved in a single channel. Thus, we shall safeguard everything connected with the energy of the Hierarchy.

How necessary it is to get used to understanding everything spiritual! We can expect nothing from the heart if our thought does not find cause to rejoice in the very mention of anything spiritual. Indeed, we must attain the stage where we radiate light from our innermost being, for it is then that we are true coworkers with the higher worlds. Radiating the light of Grace, we are at the same time doctors, creators, and protectors on the descending line of the Hierarchy. First we see the outer light, and then we come to know the light within ourselves; but only after the kindling of the “torch” can we radiate Light.

There’s more of course, so if you want to read more, please begin with any in the Agni Yoga series by Helena Roerich. And if you want a quick internet link to Heart, here’s Heart as given to Helena Roerich by Morya.

The Cave Of Altruin - A Hathor Planetary Message

The Council: Help from the Spirit World - Part 3

Teachings of the Masters: Your Higher Heart