Connecting with The Ascended Masters 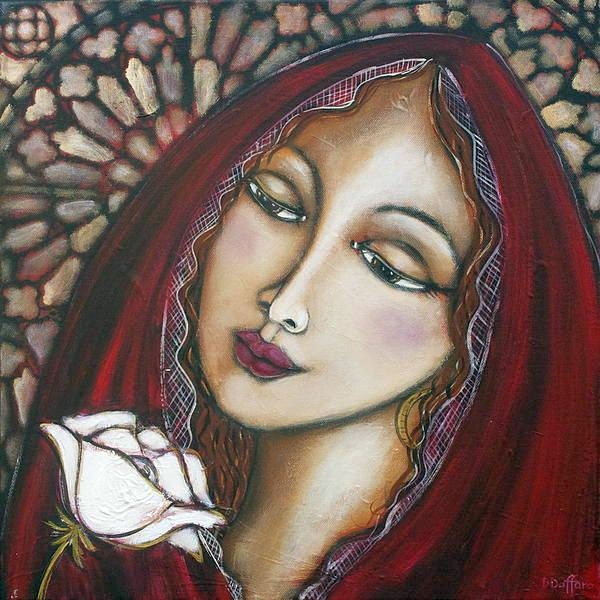 It was Mary Magdalene who carried the energy and the teachings of the Christ Consciousness into Western Europe through France.

When Mary Magdalene settled in France, she began the work of holding the Christ Light through her presence as part of the Christed “Twin Flame” energy, as well as sharing the energy of the message of the teachings of the Christ Consciousness. This basic message was Peace, Abundance and Unconditional Love, and the knowledge that a time would come when the Earth would be filled with a species of Humans who would carry the Christ Consciousness and who would manifest the Golden Age of Peace and Harmony. In order to share the energy and the teachings, Mary Magdalene travelled extensively and worked as a Teacher and a Leader. The heritage of Feminine Spiritual Leadership and Divine Beauty that was her energy still lingers in the tradition of “Amour courtoisie” and the heritage of the Troubadours, musicians and poets who celebrated the joys of courtly love and the radiant beauty of the Lady.

Of course, after the Catholic crusades and the inquisition, very little remained of this heritage, and the energies of “courtly love” and the stories of the “Holy Grail” are poorly received and understood by scholars today. In its most simple form, this is the essence of what Mary Magdalene brought to France.

She taught her understanding of the Sacred or Twin Flame Union as a model for Sacred Union. She knew that this form of "Spiritual Marriage", based on the Service of the Light, would become a pattern or Template for relationship and union in the coming Golden Age, or as we would term it, the "New Earth".

She also taught that the human body itself was the “Holy Grail”, the vessel or container of the Soul and Spirit and the Divine Essence of God. When the Consciousness within the Sacred Vessel of Matter was of a sufficiently high vibration, then that Matter would be transmuted into Angelic Light and the Human Being would become a Human Angel. The Human Angel would have an aura or energetic body of Golden Light, they would indeed become the Golden Chalice or "Holy Grail".

In her teachings, every human was capable of raising consciousness to the level where this Angelic transmutation would be possible. But, she knew that it would take time for this vibrational frequency to enter into the Collective Consciousness, and for Humans to evolve sufficiently to be able to hold this Golden Light of Divine Consciousness within the Human Chalice. In fact, it would take two thousand years before there would be enough humans to populate the Planet, and that these humans would have developed sufficiently to be able to create a way of becoming a single Planetary Heart and Mind, so that the entire Planet could be lifted into the Golden Light and that the Planet herself could become a Grail of Golden Light.

Mary Magdalene knew there would be energies and forces that would work against the new evolution of Consciousness, but she knew too that her teachings and her energy would survive in this place, and that they would be carried out into the New World when the time came for humans to migrate across the Oceans from Western Europe and to discover the “family” of Humanity in the Indigenous Peoples of the Planet who still held the Sacred Earth teachings. She knew that when the time was right, these Sacred Earth teachings would be shared with the peoples of the West, and that this would help them to raise their consciousness and to learn how to become caretakers for the Planet in this new Golden Age.

And so, as her legacy for this process of transformation, she left the teachings of the Twin Flame and Sacred Union. She knew that this would be needed at this time of Consciousness shift, for the Masculine energy that was needed to populate the Planet would have come to dominate to such an extent that it would be necessary to bring back the Feminine energy and to create the balance needed to create true "Sacred Union", and to implement the Golden Grid of Twin Flame Union that would hold the Geometrical Pattern or Template for the Golden Energy of Twin Flame Love. But, as a Wise Woman, Mary Magdalene also knew the importance of working with the Elemental energies and respecting the energies of Nature.

The “Christ Consciousness” as taught by Mary Magdalene is seated in the Heart. It is the Heart that carries the Higher Frequencies of Love and Joy and Peace, and it is only by opening the Heart that we can achieve the Consciousness of the Grail within ourselves and then be ready to share that with others.