This New Lighter Being - The Federation of Light 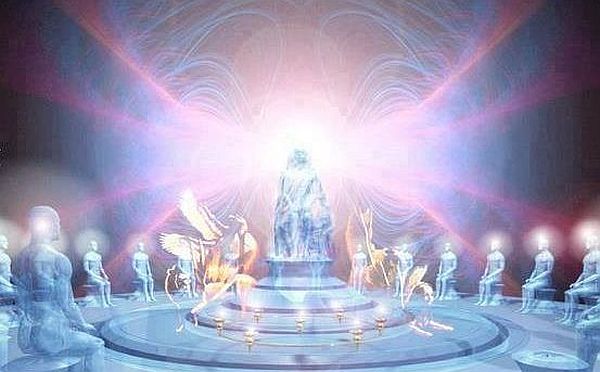 Hiya, once again. Perhaps we could continue on from last week’s chat regarding the Energy tripling of late and how that is affecting our physicality? Would that suit?

It would be most agreeable to do so. It is obvious to those who chose to become aware of the fact that not only are Energies changing much of the way you choose to think and behave … they are ‘Taking their toll’ on your bodies, also. We use the term ‘Taking their toll’ due to the fact that for many, they are finding struggles with their physicality in one form or another. Aches and pains and unusual ‘markings’ are noticed.

Indeed. Many are noticing ‘patterns’ forming on their skin which were not there before. There is no cause for alarm. It is simply a section of blood cells/flow that are increasing in their dynamic intensity.

All the workings … the 'miraculous' intentions of your design ‘within’ the physical flesh are ‘re-arranging themselves’ into a Higher format. Increase in blood flow can make one feel quite dizzy it seems.

Why do we need an increase in blood flow?

To match the increase in Energy. EVERYTHING is stepping up. EVERYTHING.

If your inner workings were to remain the same as they once were, one would find themselves not being able to keep up with the pace of ‘their’ life. These subtle, yet, powerful changes within cannot take place without causing awareness of focus in particular parts of the body.

Strange tingles can be felt throughout the body. A little like a blood rush … for this is what it is! We would also say, that the quality of blood is also transmuting into a richer variety.

The Heart is very much alerting one to its presence and its rhythm can often become out of sync for short periods of time. This is as it is adjusting to a new pace, also. The regular rhythm of a beat is being ‘slowed down’.

I thought you were going to say speeded up.

No. In the case of the Heart, it is slowly slowing down in order to pump through the richer variety of blood. The slowing down also, allows one’s disposition to be of a more relaxed persona.

Eyes … can become blurry at interim periods. Vision is astute at times and at others, quite the opposite. Eventually a sharpness of quality shall ensue.

Ears … are a ‘strange affair’ in that they are reacting quite differently to many. ‘Sound’ is of upmost importance to the upgrade of self-preservation. It is most beneficial for one to quietly listen to ‘tones’ of chimes or bowls or musical notes … or wind and rain … or ‘OMing’. To listen to all ‘majestical’ sounds and tune into the Vibration of them, helps greatly in grounding these adjustments that are taking place.

Many souls have always struggled with tension in the neck and shoulders … ‘Carrying the weight of the world on one’s shoulders’ could not be a more accurate of statement.

Yes. Why is it we carry so much tension there?

Because it is support to the head … and much goes on inside the head!!

However … at this time as upliftment of ‘All that is’ progresses … there is also, the fact that structure in the neck and shoulder area is amending itself to  a more appropriate figure.

I’m all for that, let me tell you. Bring on the ‘More appropriate figure’! I’ve been searching for that all my life!

We are aware of the humour stated. Yet, we would say this is more in the ‘carriage’ area.

Hopefully not the ‘undercarriage’, as my mother, Bless her, used to call the Nether regions of the body! How that made me laugh!

We are not speaking of these ‘Nether regions’ at this point. We return to the ‘carriage’ within the neck and shoulder arena. Necks are lengthening. In a Lightened attuned physique it is more comfortable for the ‘stem’ from the head to be thinner and lengthier.

Indeed. Everything within the body is ‘working its way back’ to a Lighter form. The very structure of it shall become Lighter. Bones, muscles, tissues, organs … everything is returning into a Lighter form of itself.

You say returning? If we were to go back as far as the ‘cave man’ physique, I wouldn’t say there were exactly ‘Front page Vogue models’ by any stretch of the imagination.

Then stretch your imagination back, way before that. To times when ‘you’ came from other Planets to venture onto/into this new territory that is now called Earth.

What was it called then?

It originally had no name. It eventually was given two or three that are not of your pronounceable format. In time different Vibration of sounds ‘stuck’ … ‘Earth’ being one of them.

As density of Vibrations formed over thousands of years, so too, the density of the physical form had to ‘change alongside it’, in order to adapt for survival.

And now the same is taking place. Yet, as we say … back into a form that is suitable for the Lighter Vibrations that are returning.

We state here that we are not saying to ignore certain ailments that may require attention. Yet, we are choosing to make one aware that many ‘niggles’ that seem more intense than usual, are ‘probably’ the change in you ‘beginning’ to occur. Breathe into them. Breathe into the ‘aware area’ … with your smile … in the Knowing that your body is Lightening up.

Many are ‘discovering’ the need to change their diet. Or, the need to hold back from certain ‘amusements’ for the body … which the body is not actually amused by at all.

Certain drugs … certain foods that one enjoys … are no longer as enjoyable due to the ‘after effect’ that occurs in these days. The Body … the Lighter Body … is unable to tolerate certain densities of certain things.

We spoke last time of alcohol. The effect it has will no longer be such a requirement as many are ‘coming into their own’ … and finding ways to relax and ‘chill out’, as you would say, without the ‘after effects’ that are now most uncomfortable. One may enjoy the drink at the time yet, not the reprisals of it.

We ask not for one to have to try to make any of these changes. Yet, to simply allow the changes to feel agreeable. Without effort.

Much food and that which is contained within it, cannot be tolerated by the body. Rejection symbols (?) are obvious. Reactions to ‘poisons’ are more prominent and one is now recognising what the body will and will not … can and cannot tolerate.

Choice in ‘Well-Being’ is becoming very apparent for so many now.

When one becomes aware of the ‘injection’ of negative forces that are within much intake to the body through deception of ‘scrumptious’ … there are decisions to be made for the Higher good of preservation!

This new Lighter Being that you are becoming would like to reside in a new Lighter body. So many are turning to ‘ground forces’ that have been monitored by themselves and harvested with Love.

Food is for the nurturing of the body. To help it thrive. This ‘food’ process has been processed beyond recognition for ‘convenience to fit life style’.

Yet, one is recognising it is not the style of life that is serving.

Ask for ‘understanding’ and assistance from your Higher self … from Divine Source … to naturally bring these changes about within your Being.

State your desire to serve the body, mind and soul for the Highest good of all … and allow the wisdom to pour into your thoughts on matters such as these.

The pleasure that comes from doing so is ‘proof manifest’ that you are indeed, on the right path.

Thank you for that. Very interesting and quite different from usual perhaps?

We desire to be of service in any way we can during these ‘transformational’ experiences.

Until next time then. In Gratitude. In Loving service. I AM.