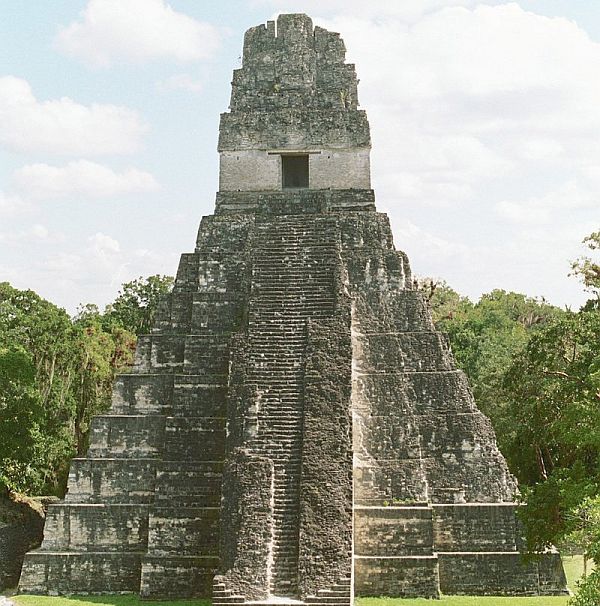 This question for William LePar’s spiritual source, The Council, elicited more than what the questioner expected.

Questioner:  I wondered if The Council could speak on what happened to the ancient Mayan city-civilizations, and if anything applies from then till now?

The ancient civilizations formulated for the present-day civilization those Divine Principles that were necessary for the future to succeed in its spiritual growth. They were able, particularly in the very earliest of civilizations, when the soul or the conscious state being was not fully materialized or as dense as the physical is today, those entities still maintained or retained the Divine Principles very clearly. They still were very conscious of their divine nature. They were very conscious of what principles constituted the God Consciousness, and as that consciousness began to become more involved, through the free will choice of those individuals, into the material form then it becomes not the God Consciousness but the Christ Consciousness since it dealt with the creation of the material form.

Now, in those early times before the full knowledge of their present status or state, they began to formulate those principles, and it was a matter of progression or evolvement, not in greater understanding but in terminology and application to the material form as it solidified into the future. The original touching in of entities into the material creation is extremely hard to explain in the sense that initially the entities were not involved in a physical form themselves but as they become more interested in their creations of the physical forms, then they became more engrossed or denser because of their activities. The preoccupation with their own creations led to the, shall we put it this way, a forgetfulness of their original state. The more they became occupied, the more denser they became until they developed a physical body, a dense body that was suited to the application of the Divine Principles that would restore them back to their original godly state. So, prehistory, ancient civilizations, became at times greater aware of these principles, in the original state of those people in those civilizations, and that awareness cyclically would decline. With each decline then came a denser form. Eventually you come down to the present day where things are of a much denser nature than ever before.

The swings from knowing to lack of knowing are far more radical and severe. Good and what is less than good are far more separate than what they used to be. There is greater distance between the two. Yet even though man and those entities that manifest as man are more radical than what you had in the times of the ancient civilizations, he still can overcome all conditions and all situations because after all is said and done the Divine Principles are part of his very being, his very core, and it is simply a matter of choice. If it were not for the ancient civilizations establishing these principles, it could possibly have been that man would be less aware of the Divine and his divine nature. It could possibly have been that man could reach a time or a state of mind where he would consider himself no better than the animals that populate the earth, the only distinguishing mark between them and the animal is that he is able to think and make intelligent choices. So the ancient civilizations for all that they have done and undone end up leaving a legacy for the future and, that is, a permanent record of the Divine Principles that all must accept and apply to their lives.

For more about William LePar and The Council please view www. WilliamLePar.com
Who is the Council? click here
The Council's description of themselves can be found at www.WilliamLePar.com/TheCouncil
© Copyright 2012-2017 William LePar. All rights reserved.
Reprinted on CrystalWind.ca with permission only!  Unauthorized copy or posting on other websites is prohibited.

We have 1919 guests and no members online