Telepathy Replaces Spoken Word Communication
A+ A A-

Our New World, From Fear To Love-Based 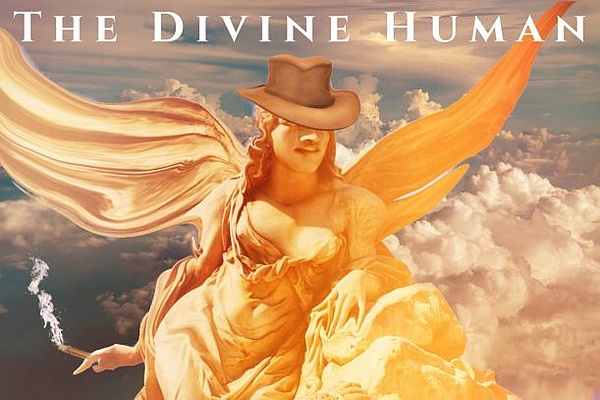 This Planet is a wonderful place for souls to act out inner, unresolved issues that took place in the other realms. To see in material, tangible form those parts of ourself that were in conflict.

Those of us who are in the later stages of Embodied Enlightenment have moved past the acting out stage of this human experience, and have moved into the place of conscious creation.

Once a human becomes fully conscious, they no longer need to project or deflect their shadow onto the outer world. Whether it’s onto a mate, their family, their boss, the government, another gender, race, and the list goes on.

We are no longer invested in that game.

We have stepped out of a world that saw things as good and bad, right and wrong, just and unjust. A world where there are winners and losers, worthy and unworthy, victim and perpetrator.

it is a world that believes love and happiness are commodities that can be bought and sold.  So both love and happiness appear to be elusive to most humans.  They attribute the lack of those experiences in their life to not being smart enough, attractive enough, clever enough, ambitious enough, healthy or wealthy enough, god-fearing enough, lucky enough or just plain worthy enough.

What they have yet to discover is that the joy they seek from the material world is already there for them.  They could bypass the middle man entirely, and go for the feeling of joy itself.

It requires aligning themselves with their Soul, which requires them to be open to a new way of being.  A new way of seeing their own experiences.  But most are not ready to let go of the game. It’s too much fun, even with all the drama and trauma.

Part of us longs for the passion that type of world artificially created. A world where you could be an activist, a social or cultural or political trailblazer.  A world with limitless causes you could take up.  There was always something to overcome, physically, inter-personally, socially or emotionally.  All totally appropriate in a 3D world.  And these are the things that keep people in the game, and create an artificial passion.

Consequently, as we leave that world, initially we will feel emptied out, bored, passionless.  We feel a sadness, a sense of loss of our old identity that relied upon that reality.

But eventually the boredom gives way to a new kind of passion. A true passion. One that relies upon our own inner being, our Soul.  And it has much more to offer us than the old world.

The world we incarnated into over and over is a fear-based world. We are moving into a love-based world.

We are leaving a world of trying, pushing, micro-managing, controlling, fighting for and protecting things we want. And into a world where we allow life to serve us.

Many of us are getting tangible proof of that truth. Sometimes only glimpses, other times experiences that awe us.

Those of us on the leading edge of this transformation knew this truth when we were very young, as we sensed there was much more than what we were experiencing in a 3D world.

When I was a little girl, I couldn’t understand why things were not just materializing for me, coming easily, and my mother would say to stop dreaming.

But I knew it wasn’t supposed to be such a struggle, and that we all had the ability to manifest our desires easily. Being so young, I still had, as many young ones do, the memory of instant manifestation that we possessed in the other realms.

I wasn’t used to this slowed-down and dense environment, where there is a time lag, and loads of resistant thoughts to contend with.

But now we have an opportunity to not just return to the avatar abilities of our Soul, but to enjoy this time and space reality in a way we as the human have never done before.

Things will flow more easily in our life, and our needs will be met in a synchronistic fashion. That’s because there will be less resistance, and more allowing. More receiving of energies. We recognize that life serves us, energies serve us, not the other way around.

If the human is busy trying to control everything, the Soul steps back and waits for that human to relax. To be in receivership mode.

The Soul will never intrude upon the human. But once the human invites that Soul in, it will feel as if the Soul is taking over. And that scares the human. In the old world, the fear-based one, the human learned to expect ‘the other shoe to drop.’  Especially if anything good happened.

So there is some give and take. It is an evolving relationship between both Soul and human.  The Soul is also getting to know its human counterpart in an intimate way that it has never done before, since the human has kept its own Soul at arm’s length for so long.

And it’s all happening naturally, as part of the transformation from human to Divine Human. A beautiful and sacred meld of body, mind and Soul.

We have 1969 guests and no members online