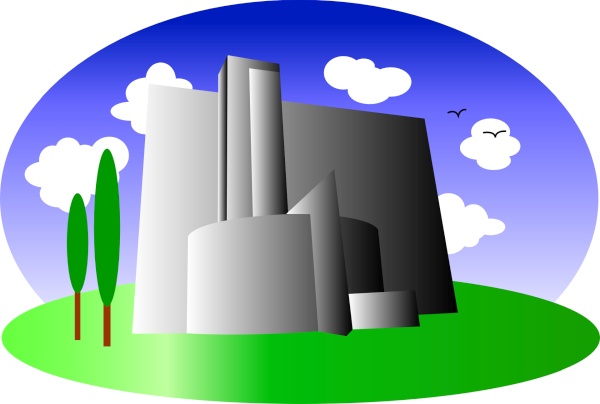 Once upon a time there was a CEO of a large company. His name was Bob. The company was handed down to him by his father, and his father’s father because this company was in the family for generations. Bob took a great deal of pride in running his company. He loved so many aspects of being in charge of so many people, so many departments, and so much enterprise. He worked very hard to maintain his position because, just as his father and grandfather and great-grandfather passed on to their beneficiaries the physical business, they also passed on their ideology of working hard, being competitive, not trusting easily, and not taking anything for granted.

So Bob embraced those principles in his own business dealings. He was competitive, didn’t trust others and didn’t take the easy way.

Yet, despite years of hard work, things in the company were not flowing that smoothly. It always felt that he would take one step forward and then two steps back. His efforts to keep things running smoothly always seemed to be sabotaged by internal conflicts among co-workers, and departments. There seemed to be a growing dissatisfaction within the workforce toward Bob. Some even turned against him, calling him a tyrant who did not understand their needs, working them long hours with little pay and even less appreciation. Giving some employees more perks because they were more attractive but didn’t have the qualifications necessary for doing a good job. There was a lot of favoritism.

Bob was always behind on his financial obligations, and often had to borrow money to pay his employees. So even his products in which he took the most pride, were beginning to suffer for the internal problems.

One day Bob talked to a friend, one of the few who he trusted and confided in deeply, and the friend told him to consider getting some outside assistance. Hiring someone who had a bigger overview of the company and its needs. Because while Bob was the CEO, he was too close to the problems to see them clearly.

Bob reluctantly agreed to meet with the business advisor his friend recommended. He knew however in his heart that he was on a sinking ship and the crew was about to commit mutiny.

Upon meeting the new advisor, he was unprepared for who showed up. The first thing that threw him off was, it was a woman. The name his friend gave him was Chris, so he naturally thought Chris was a man. The first thing he thought was, how could a woman possibly understand how a big company operates?  How is she going to command the respect of all the department heads who are mostly men? This place will eat her alive. She’ll quit in a week and I’ll be left with an even bigger mess.

But he decided to sit through at least the initial meeting. And, he noticed something immediately. In her presence, he felt comfortable. He felt a sense of peace he had not felt before. He felt a sense of joy unfamiliar to him. All the worries and concerns seemed to take a back seat. She had such a calming effect on him.

He thought well that’s because she’s a woman and he was taken in by her beauty. There was still a part of him that did not trust her. So he began asking her many questions. And she answered each of those very patiently and clearly. For some reason, he found a sense of peace in her answers.

His questions seemed endless because there were so many things he was worried about. He was so concerned about what would happen if he began making decisions based on someone else’s perspective.

That night he slept soundly. More soundly than he had in a long, long time.

He arose the next morning, and began his daily routine. By lunch time, when he relaxed with a sandwich, he began to feel a desire to see her again. To meet with her. He had a few more questions, and besides, he really enjoyed her company. He felt he could relax and be in the moment with her, like no one else he ever met.

Over time, after many meetings with her, he asked if they could work side-by-side, at least for a while, until he felt comfortable in the decisions that would be made.

So they worked side-by-side for a while, and slowly the elements and people in the company began to change. Some of the current employees felt a shift in management and they were happier and more productive. Others left. There was a lot of internal renovations that, for a while felt chaotic. There was even a point where he thought the company couldn’t handle the changes. He was scared of losing it all.

His new advisor assisted in installing all new computers, with the latest software. She wanted to upgrade the technology that they were working with, no longer relying on old, outdated systems. Even the bathrooms were upgraded. The old plumbing was giving them problems.

He was concerned that these upgrades were unnecessary expenses. But then he began, over time, to see that it was costing him more to try to keep up with the old systems breaking down and moving so much more slowly. Over time, he began to see that this woman knew what she was doing. She seemed to have an easiness about her. She seemed to command things to get done and they did.  Things got done, not necessarily in a logical, systematic way but it all came together. He began to get comfortable with the temporary disruptions and saw them as part of the renovation and rebuilding of the company.

So, as more time went on, something amazing began to happen. He began to realize that he was letting go of his micromanaging, his worries, his doubts, and his beliefs that it had to be hard and that things had to take a great deal of effort in order to achieve positive results.

He realized that he was now beginning to relax more, and enjoy the business more. He enjoyed talking to his employees. He enjoyed walking around and watching the various departments do their jobs. He did not feel the need to interfere so much with the heads of the departments and with their managing methods.

The place seemed to almost run itself.

He knew he was feeling this way because he was allowing this new advisor to take over for him. She seemed to have a perspective on the business that he couldn’t achieve on his own. She was so capable and fluid and joyful, and he just loved being in her presence. He saw her gifts and that there was nothing to fear.

He enjoyed years of working with her, or more accurately, allowing her to do most of the work, and the company grew to be the most successful and brilliant in its innovations. The employees and heads of departments alike grew more cohesive and it became a joyful place to work.  In fact, it didn’t feel like work anymore.

Long after Bob was gone, while the building itself was torn down, the principles and ideas that were born within its walls were shared with companies around the world. This was truly his legacy.

So after he left the planet and went to the other side, he had another awakening of sorts. He realized that this advisor was actually HIM. he remembered, his friend told him he would feel like he knew Chris, like they were very old friends. He also got tapped on the shoulder by his father, his grandfather and his great-grandfather. They smiled at him and thanked him for letting go of all those old beliefs around things having to be hard and not feeling worthy of joy.  Now, they told him, they have the opportunity to come back to the planet and be unencumbered by those old, outdated systems.