The Most Astounding Realization 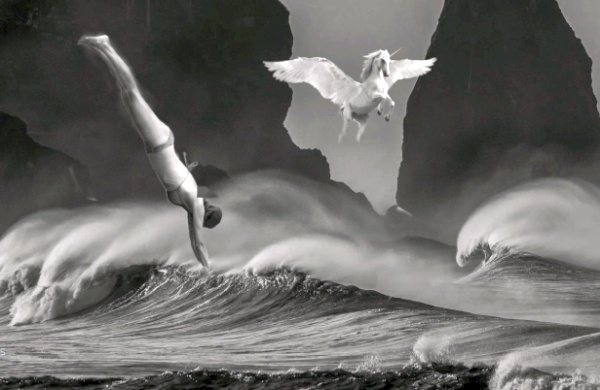 After a certain point in our awakening and our realization we come to the understanding that we create our reality. There is a collective reality that we’ve all agreed upon, but there is also an individual reality that each of us has created on a soul level.

And the amazing thing about this is once we realize that we create our reality we also recognize that every single other being creates their own reality as well.

And we realize that there is room in this universe for everyone’s version of reality.

It doesn’t mean we agree with their version, or that we don’t think they are in deep denial of reality.  For they may also believe that about us.

And it doesn’t mean that we shouldn’t set boundaries and speak our truth to others when we feel called to do so.

But it does mean that there is no such thing as being a victim of anyone else’s reality, or that they are a victim of ours.

THE MOST ASTOUNDING REALIZATION

The most astounding and initially unsettling realization is that no one in all of creation can hurt us and we cannot hurt them. Physically or emotionally.

This goes against everything we have learned because we have carried wounds from feeling hurt that have gone back generations.

But dear friend, all of that is just a grand illusion.

As souls we have the capability of creating any type of reality and illusion that we want.

On a human level we are just experiencing this.  In fact, we are not really in charge of it. It’s all orchestrated on a soul level. But as a human we do get lost in the illusion. We think it is real. It is as real as when we watch TV shows, movies or play video games. Don’t we become so engrossed in these that we actually begin to believe what is happening is real? We get pulled into the drama and sensuality of the experiences.

Let’s face it, what fun would there be If we didn’t get engrossed in them? In fact, on a physical level all kinds of chemicals pour into our body that reflect that back to us.

The emotions literally create drugs.  That is why emotions are so addictive. They make us feel alive in this game called life.

So there is a brilliant game taking place on planet earth. The game of duality. We have learned a lot from this game over eons of time but a few of us have now awakened to our self and to the realization that it’s just a game we are playing. And as with any game, it may appear that we are hurting one another either emotionally or physically or both, but in actuality we are hurt only if we believe we are.

This won’t make sense to the mind.  The mind has been invested in this game since the beginning.  It was a necessary part of the learning experience here on Earth.

The mind was designed to navigate this reality, not create it.  So it was important to believe that this was real, that we hurt others, and that they hurt us.  We created karma in which we paid for past ‘sins.’

Jesus’s life was reassigned to a belief that he died for our sins. That supports the belief that as humans we fell from Grace when initially we left the other realms to be on earth. Consequently, we began to believe in good and evil, right and wrong, light and dark.

Life was all about endless battles.  Light vs Dark, good vs evil, right vs wrong, the masculine vs the feminine, the Republicans vs the Democrats, whites vs blacks.  The strong vs the weak, the rich vs the poor.

The mind vs the heart.

It’s a fun game.  Until it isn’t any more. Until we begin to realize that no one really wins.

Until we awaken from the dream.  And then all hell breaks loose in our life.  Then our life falls apart.  Everything we thought we knew dissolves into a pile of manure. Or so it felt. But it was a transformation from human to divine human taking place.

We lost things we thought defined us.  But they were things that no longer served us. But it left us feeling totally out of control.

Until we realize we were never in control.  At least not the kind of control we thought was necessary.  The mind’s control.

On a soul level, we never judged our creations as good or bad.

But on a soul level, we always knew that no matter what things looked like, that all is well. That we were having amazing experiences, the time of our life in a dream that feels so real. And as much as we said we hated life, and had what we considered some hellacious experiences, we kept coming back over and over again to another lifetime.

That’s because, dear friend, there is no place like this Earth for such deep and sensual experiences in all of creation.

But a few of us here have decided (and if you resonate with this message you are one) that this is our last time around on this amusement park called Planet Earth.  We have come to the end of a cycle of lifetimes, we have awakened, and after enjoying walking the planet as enlightened humans for awhile, many of us will be heading out on a high note, and will most likely not be back.

Not that it wasn’t a fun ride, but we are pretty much complete.  There’s not much more to experience here.  We’ve pretty much done it all.

Except, dear friend, for one more incredible experience.  if we decided to stay here awhile, now we get to live this dream from the perspective of our soul, and that changes everything.

Image credit XIR155451 The Dream of the Poet or, The Kiss of the Muse, 1859-60 (oil on canvas) by Cezanne, Paul (1839-1906) oil on canvas 82×66 Musee Granet, Aix-en-Provence, France Lauros / Giraudon French, out of copyright.
© Copyright 2021 Maria Chambers, all rights reserved. Please feel free to share this content with others but maintain the article’s integrity by copying it unaltered and by including the author and source website link: Maria Chambers. source

We have 1115 guests and no members online