The Truth of Accepting People as They Are

The Truth of Accepting People as They Are 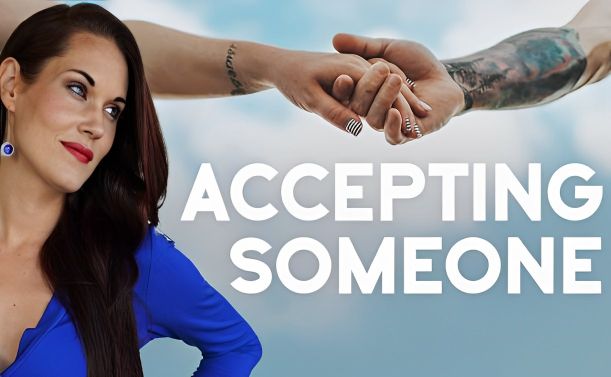 When we accept someone for who they are, the power is then in our hands regarding what to do about it. For example, if you are in a partnership with someone whose value is leisure time and you accept that, you then get to decide what is the right thing for you to do, given that reality. For example, it may be adjusting your relationship so that they can have more leisure time, while you focus on other things. Or, it may be to exit a partnership arrangement and enter into a friendship arrangement. Or it may mean re-examining your relationship to leisure time and learning to see the value in leisure etc.

But people don’t realize this. Instead, they add to the concept of accepting others for who they are and make it mean things that it doesn’t mean. Specifically, people think that to accept someone for who they are is not only to recognize the reality of them and as such, to stop trying to make them something different. They think it also means to then embrace, like, approve of, agree with, put up with, be easygoing about, accommodate and tolerate that thing about them.

Bob is an athlete with his sights set on career success and with a world cup win in sight. He has to wake up at 6 am for practice. He is in a relationship with Kelly. Kelly loves to party. She is a social creature and often goes to sleep at 3 or 4 am. Bob hates this about Kelly. Since they became a couple, he has been trying to change this about her. He’s been trying to get her to limit her social engagement and go to bed and wake up at the same time as him. When Bob accepts Kelly for who she is and stops trying to change her, he then has to decide what is right for him specifically to do given that reality. He tries on the idea of letting her be as social as she wants and adjusting their sleeping arrangement so that she doesn’t wake him up when she comes home so late. But Bob realizes that in doing that, he will feel like he does not have a partner. Instead, he will feel like he has an obnoxious roommate who lives her own life and who sleeps in the same house. So, by accepting Kelly as she is, Bob realizes that he cannot accommodate the reality of Kelly. And so, he decides that the right thing for him is to end their partnership.

Let’s imagine for a moment that Kelly was with another man named Jerry. Jerry is an editor for a publishing house, but he is much less interested in career success than he is interested in a romantic relationship. When he and Kelly get into a relationship, he has a hard time with her partying behavior and how late she comes home. Jerry tries to change this about her for a bit before realizing that he may just need to accept Kelly the way she is. When Jerry accepts Kelly for who she is and stops trying to change her, he then has to decide what is right for him specifically to do given that reality. In considering all the various things that he could do given that reality, he decides that the right thing for him to do is to try to socialize more with other people by going with Kelly sometimes when she goes out. And that when she goes out and he doesn’t feel like going too, he will use that time to get all the work done that he can so that he can have as much quality one on one time with her as possible, when they are both in the same place at the same time. After all, he is only working with deadlines and doesn’t have to wake up at any particular hour.

What you need to notice is that what is right for two different people to do after each accepted the reality of Kelly, is two completely different things. And what you need to notice is that the right thing to do was not for both to embrace, like, approve of, agree with, put up with, be easygoing about, accommodate and tolerate that thing about Kelly.

Down deep, we want people to recognize the reality of us and to approve of it. We want people to not just recognize the reality of us and stop trying to make us be different. We want them to like the reality of us, want it, embrace it, approve of it, be easygoing about it, accommodate it and love it. And because this is our desire, instead of seeking people who genuinely can do this, we expect all people to do that, even when they can’t and even when it is wrong for them to do. We perpetuate an illusion that this is possible. And we get ourselves into all kinds of incompatible situations because of it. To learn more about this, you can watch my video titled: Incompatibility, a Harsh Reality In Relationships.

For example, you may be a person who must be in charge. But you can’t then go get a job working under a boss and tell your boss they have to accept you for who you are by being easygoing about your power struggles or approving of the fact that you refuse to be told what to do or accommodating you by putting you in charge of everything.

In relationships, when you run into a point of contention, it will most likely come with the desire for something to be different. And this presents a choice point. The choice for that thing to change, or the choice for that thing to stay as is. The thing is, you have the power regarding this choice relative to yourself. You don’t have that power relative to other people. They get to choose to change to be different or stay as is. And you may just find that the only way for you to move forward and make the right choice for yourself is to accept something the way it is and decide what the right thing for you to do is, given that reality.

Fear is perhaps the greatest barrier we have to acceptance. We are afraid if we recognize the reality of someone, we can’t deal with what that reality would mean or with the consequences. We may spend every waking moment trying to change someone because we know that if we accept the reality, we would have to make decisions that we don’t want to make, take actions that we don’t want to take and essentially, make changes that we don’t want to make. Therefore, if you have been trying to make someone be different to no avail, consider what would be so bad about accepting them the way they are, as if they would never change. What specifically you are so afraid about?

Long story short, all it means to accept someone for who they are is to recognize the reality of them and as such, to stop pushing against what is by trying to make them something different. It is to then decide what is right for you to do with yourself given that reality.

TEAL SWAN, International Speaker and Best-Selling Author is a survivor of severe childhood abuse. Today, having integrated her own harrowing life experience, she inspires millions of people around the world towards truth, authenticity, freedom, and joy.

© 2023 crystalwind.ca. All rights reserved. Copying this article from this website is strictly prohibited.