Learning To Embrace The Oneness Of Darkness And Light 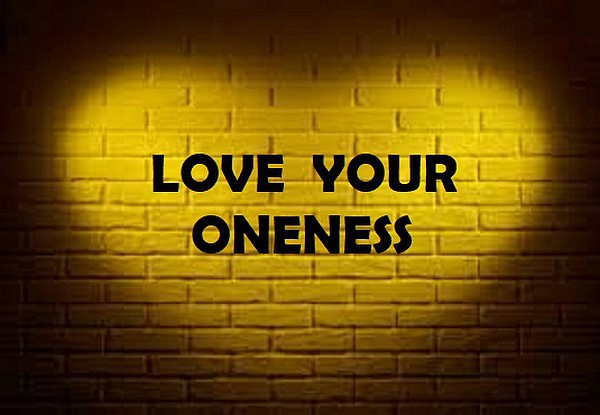 Dear Friends,
over the past 6 weeks we have collectively experienced the influence of a serious of incredibly powerful stellar events. We received teachings from a Cancer New Moon with partial solar eclipse, a Full Moon in Aquarius coupled with a total lunar eclipse, passed the Lion’s Gate and just three days ago encountered a New Moon in Leo with partial solar eclipse. All of them design in order to make us feel invited to tune into profound messages for the collective awakening of humanity into the Golden Age of Aquarius.

Detailed information about the mutual creation of a harmonious brotherhood of man, can be sensend in the air these days. Albert Einstein once said: “A human being is a part of the whole called by us universe, a part limited in time and space. He experiences himself, his thoughts and feeling as something separated from the rest, a kind of optical delusion of his consciousness. This delusion is a kind of prison for us, restricting us to our personal desires and to affection for a few persons nearest to us.”

Right now humanity is collectively sitting in this prison, not allowing ourselves and this powerful force of unconditional love that lives within each of us to flow freely and to enrich the lives of every being that we touch with our presence. One of the reasons why we can not excess this powers in the most harmonic way these days, is that we are collectively still denying to be part of the dark side of life on planet earth. C. G. Jung studied the behavior of human beings profoundly and had his own expression for this locked in state of being.

It is a frightening thought that man also has a shadow side to him, consisting not just of little weaknesses- and foibles, but of a positively demonic dynamism. The individual seldom knows anything of this; to him, as an individual, it is incredible that he should ever in any circumstances go beyond himself. But let these harmless creatures form a mass, and there emerges a raging monster; and each individual is only one tiny cell in the monster’s body, so that for better or worse he must accompany it on its bloody rampages and even assist it to the utmost. Having a dark suspicion of these grim possibilities, man turns a blind eye to the shadow-side of human nature.
C. G. Jung

During this wonderful time of quickly appearing changes and profound new manifestations on planet earth, we have to keep a close eye on ourselves and make sure that all our new creations truly serve a higher purpose. We have to be ready and willing to speak up for those too week to speak for themselves, and break the silence over every human abuse we witness. That way we can come to a place of acceptance for the beings we collectively are right now, from which we can move on t0 forgiveness and therefor have a chance to integrate it all in unconditional love.

The Sound Of Silence written by Paul Simon performed by the band Disturbed:
Hello darkness, my old friend
I’ve come to talk with you again
Because a vision softly creeping
Left its seeds while I was sleeping

And in the naked light I saw
Ten thousand people, maybe more
People talking without speaking
People hearing without listening

But my words, like silent raindrops fell
And echoed in the wells of silence

and the sign said,
the words of the prophets are written on the subway walls
And tenement halls
whispered in the sounds
of silence

Dear Ones, I hope you are ready to disturb the sound of silence when ever it is needed in this world! I hope you are out there and roar with all your power, at every wrong doing brought to your awareness!! Our collective task must be to speak up for all those who have no voice in our society right now, and to develop a compassion that embraces all living creatures of mother earth!!
Love and Blessings
Edith

My education of mindfulness – of awareness and spiritual guidance includes:
Breathing Techniques and voice training, variations of Meditation, Mental training by K. Tepperwein, intense training in Hawaiian Huna shamanism, intense training in Native American shamanism, training in Tantric life approach including sensitivity training for rituals of the physical body, Family Constellation work by B. Hellinger, the Creation of Healing Space, Holding Space for Ceremonial work, the Ascended Masters Teachings and the Ayahuasca spirit.
I am a highly intuitive channel for divine guidance and path, with a trained healing voice.
Edith Boyer-Telmer
Source