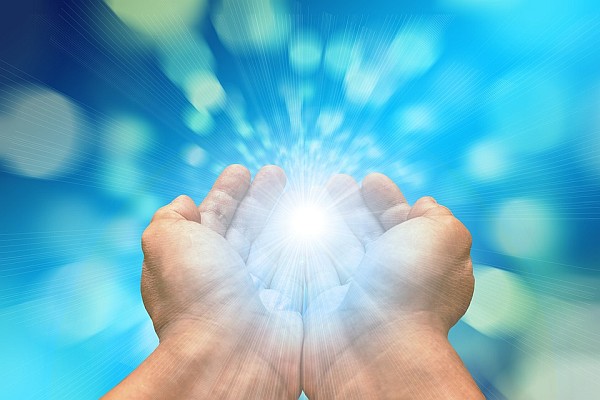 Here is part of a chapter from my new book, Spiritual Metaphysics: Answers to the Great Mysteries of Life.

Clear understandings demand a solid foundation. Here is a sample:

Etheric life energy, also known as prana, qi, or chi is often mistakenly referred to today as "electromagnetic energy." It is not. Anything based upon electric energy is physical. Anything more subtle, like healing life energy or the human aura, is etheric energy. There is far more etheric matter in the universe than physical matter. Scientists know it is there because of its gravitational effects but, because their physical eyes can't see it, they call it "dark matter." That is a paradox because the etheric energy that makes up etheric matter is actually a higher form of light.

Many people have been given an incorrect definition of the soul. Spirit or astral bodies exist in the afterlife, which is located in fourth density or 4D. The soul is nonphysical and exists in fifth density or 5D.

Spirit bodies are not literally nonphysical. Even though a 4D spirit body is ghost-like to you and me, a 4D spirit body is more accurately described as quasi-physical because, in relation to each other, one spirit finds another spirit to be perfectly solid. In the afterlife, spirits exist in a world quite similar to the physical world except that it is less dense. For example, they can shape shift their appearance, levitate above the ground, and instantly teleport themselves to another location. In fact, most of the magical effects you see in movies like the Harry Potter series are perfectly normal in the spirit realms.

Ascension from our current 3D physical world to 5D is a rumor started by people who, for unknown reasons, act as though 4D doesn't exist. Ascending from 3D takes a physical body into 4D. Physical ascension will be the key event of the cosmically-ordained Shift to a higher existence. When it occurs, all matter in this 3D physical world will be transformed and will relocate into a sub-realm of 4D. Meanwhile, people in the afterlife will move up to a higher sub-realm of 4D, as in "the dead shall be risen." After this ascension to 4D, our physical bodies will be comprised of more etheric energy and less electric energy than at present.

The two most misunderstood energies today are the aether and etheric energy because they sound like the same thing. Yet, they are as distinct and dissimilar as chalk and cheese! The confusion arises because the aether - the fabric of the universe - seethes with etheric energy, but that energy is not the medium through which it travels. The medium is the aether. Etheric energy travels through the medium… (more)…

Discover for yourself the answers to the great mysteries of life in Spiritual Metaphysics...

Owen Waters is a spiritual researcher and author.  For articles and books by Owen Waters, visit InfiniteBeing.com.

We have 1789 guests and no members online