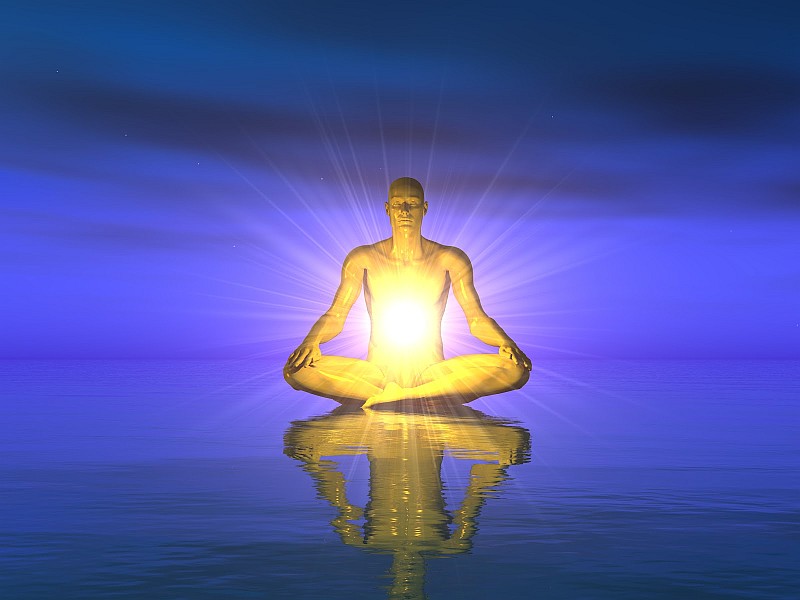 This article raised two main questions. One was for clarification about which chakra light flows through in the second law of spiritual light. The other was to ask why people suffer at all.

The Laws of Spiritual Light, again, are:

Spiritual light law number two refers to the chakra face which is in use at the time, and it depends upon the frequency of consciousness in use at the time. You will already be familiar with the nature of the twelve faces of the seven major chakras if you have taken our online courses in the past. The chakra faces are gateways of thought. Thoughts come into you from, and go from you out to, the global mind atmosphere. Your frequency of consciousness, at any moment in time, determines which chakra face will be used as the active gateway.

Basically, your chakra system is like a receiving and transmitting radio station, only with frequencies of consciousness. What you do with the consciousness as it flows through you is your contribution to the global mind atmosphere.

Much of Western society today functions, on average, through the higher of the two solar plexus chakra faces. This is face number five, which is intellectual-active in function and expresses itself through physical achievement.

We live in a world filled with many kinds of darkness, none of which would exist if people were already following their spiritual hearts instead of the illusion of separation.

This world of illusion is constructed so that people appear to be separate from each other. In reality, we are all one.

This world of illusion is constructed so that we reflect on our memories and plan for tomorrow. In reality, time is an illusion that is manufactured in order for dramas to play out. The only reality is now.

This world of illusion is constructed so that people are orphaned from their spiritual source. In reality, we are that source, looking at that source from an infinite variety of perspectives.

The great treasure of life in a world of freewill is that we eventually learn to stand on our own two feet as self-empowered sparks of that from which we came.

Once upon a 'time,' before time existed, we volunteered to leave our spiritual home and descend into the acute focus which is provided by these dense realms of physicality. After we have worked through the illusions of this theater of life we will become self-empowered spiritual sparks, tempered in the fire of acute experience.

There is a tradition that says that it is hard to complete the cycle of continual rebirth on planet Earth. That idea came into being simply because the time was not yet ripe for The Shift.

The Cosmic Scale of The Shift

Today, the rules are changing. As The Shift unfolds, people are finding themselves faced with imminent transformation into the heart-centered reality that we call the New Reality. The Shift is not confined to planet Earth, nor even to our solar system. It is a transformation which is cosmic in scale. The ethers are alive with an ever-increasing pull which beckons humanity back towards the spiritual home from which we came.

In the cosmic scale of time, today's phase of the New Reality will pass by in the mere blink of an eye. The New Reality, today's emerging heart-centered consciousness, is a link to that which lies beyond. Humanity will spend mere centuries in passing through the current New Reality and completing our adventure in physical existence.

As we master heart-centered consciousness, our physical bodies will become lighter in density. We will work through the joy of reconnection with our spiritual source, eventually leaving physicality behind. The only mystery remaining will be why humanity took so long to reach that place of active harmony and joyful expression.

Then, we will return to our spiritual home, very different than before, and very much wiser than when we originally left.

The Twelve Stages of Human Consciousness and their Related Density Levels

(Note: Density levels are sometimes incorrectly referred to as "dimensions.")

+ - Credit Click to collapse
*If you enjoyed today's article, forward it to a friend! They will appreciate your thoughtfulness.
Courtesy of Owen Waters, http://www.spiritualdynamics.net/
CrystalWind.ca is free to access and use.
Please support us with a small gift of $11.11 or $22.22 or $33.33.