Some Current Alignment Side Effects 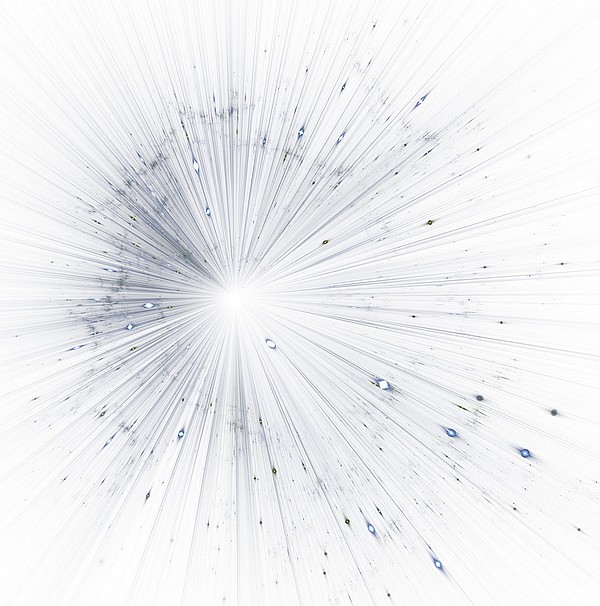 “hi Denise – am trying to make sense of whats going on atm. I know this portal is opening and affecting everyone massively. feeling v bloated/upset stomach/sort of cystitisy feelings – needing to wee a lot more and rushing to the loo more generally – headachey/pain over one eye  blurry eyes – feeling like you’re living in a parallel in universe where everything is the same but nothing is – feeling v down, tearful, generally odd, doomy feelings – hot and cold temp changes back again – feeling vaguely fluey – sleeping for short periods of time at odd times of the day and night – I am awake in the middle of the night – feel like my day and night are reversing and so on…  Susan “

I wanted to write a little something about the latest potent cosmic alignment blast that arrived after the August 11, 2018 Solar eclipse but I’ve needed some recuperation, integration and recovery time because it was that intense. From my perspective the ongoing Embodiment Process is simply intense, with certain massive phases such as what’s just happened on August 12 through the 13th thrown in that take all this to another level we’ve not experienced before, ever. By August 14th it felt like I’d adjusted and recovered just enough from the 12–13th blast, but this morning August 15th, another type of higher energy is here now. Such is 2018, Mastery on levels we didn’t even know existed.

As is always the case with the Ascension Process and Embodiment Process, your mileage will varybecause we individually experience these evolutionary processes uniquely. We all agree that another big and very intense energy blast happened during the days mentioned, but how we personally experienced it, them, is unique to each of us.

About a half hour after I went to bed on Sunday August 12, 2018, an AI inorganic device creature thing manifested etherically in my room. Before it appeared etherically however, it manifested a really horrible burning smell which was so physical that I thought something was actually burning inside my house or possibly outside. As you know we’ve had multiple fires in this area for over a month but this particular smell was not the same smell as burning hillsides. This had a more chemical smell to it so I got up and checked the house inside then went outdoors to check on my A/C unit to see if it was okay. (In this heat it runs almost all day.) Everything was fine, in fact it smelled nice and clean outside so I went back to bed and turned off the light. It was about fifteen minutes or so after this that I clairvoyantly saw the etheric manifestation of an AI device creature thing manifest in the space at the end of my bedroom. I’ll share what it looked like to me ONLY for educational purposes, not to titillate or fixate on or fear.

[If you’ve read A Lightworker’s Mission then you may remember that a demonic entity and/or negative aliens—basically the same things—placed an etheric box-shaped AI device at the threshold of my physical bedroom door in that house. I could clairvoyantly see it sitting there for months and so too could one of our cats. He would jump over it every time he entered and exited my bedroom where our second cat acted like it wasn’t there.]

After smelling this unpleasant burning smell for almost a half hour while laying there in bed trying to figure out what it was and wasn’t, an etheric flat circular-shaped AI device the color of inorganic fake “White Light” appeared in the air a few feet away from the foot of my bed. It looked somewhat like a 2.5 foot circular shaped circuit-board that had AI intelligence. The second I saw it I knew what it was and that it was producing the horrible burning smokey chemical smell. That smell is fairly common when negative aliens, demons and certain Team Dark AI devices are present, but this time the smell was slightly different from what I’ve smelled before at another house between 2000–2004 while under demonic and negative alien attacks. (See A Lightworker’s Mission for more information about those events.) This event of August 12, 2018 just before midnight in my bedroom smelled slightly less strong, less potent than what I’ve smelled years before. Nevertheless I discerned the situation because, to be honest, I was surprised that a negative thing could manifest inside my house in 2018 and stink the place up to the extent it did. This negative burning smoky chemical smell lingered for three days and nights in my room and house after I removed the etheric AI intruder the night it manifested. Something else was happening in relation to this attempted attack and I wouldn’t understand it all until August 13th when something else happened. I was aware when I was viewing it of having a sense that this etheric AI device was about to die, about to be permanently destroyed and that this was its last attempt at doing harm to me.

The next day, Monday August 13, 2018 I awoke and scanned my room, house and property for the etheric AI intruder creature thing and it had remained gone. I could still smell the scent it produced in my bedroom and different areas of my house from time to time, but it was gone. I went about my morning routine and got things done that needed to be taken care of when suddenly I got hit and hit HARD with the most intense and potent ascension related cosmic alignment energies I’ve experienced to date. What I’m going to describe next, I’ve experienced dozens and dozens of times before over the years, but never as big and strong and powerfully as the energies that arrived most of the day on August 13, 2018.

Thankfully I got my morning  chores completed when these cosmic alignment energies arrived and the phase of Embodying them began for me about 12 hours after the negative etheric AI device and stink manifested in my bedroom. A short 12 hours later Source-sent evolutionary energies arrived to be Embodied by those of us able to house them in our physical bodies. I spent the entire day flat on my back with my heart pounding so hard in my chest than anyone else would have rushed me to the ER! I knew what it was however and immediately surrendered and fully opened myself to it, to this level of energy and Embodiment Process and let my heart and HighHeart pound and expand and push out a lot of old lower frequency stuff inside my body, my cells, my bones, my muscles and organs etc. I lay there and had my heart and HighHeart pound so hard all day as I viewed old lower frequency codes, energies, patterns, beliefs, habits, density, toxicity and so on literally be pounded out of me and my physical body by incoming higher frequency NEW Light energies. It was glorious… and painful… and freeing to a degree I’d not experienced to this extent ever before. As another layer of old density junk, gunk and muck within me was permanently pounded out like a chef hammering thin a slab of meat, I knew why the negative etheric AI device had manifested 12 hours earlier; it was taking its last attack swing at me before it was destroyed. 12 hours later some more of my own old lower stuff was also permanently destroyed via extended heart and HighHeart jack-hammering by Source delivered energies. When it’s time for another big layer of old lower residual stuff—personal and collective, positive and negative, internal and external—it ALL gets cleared out in many different ways.

After the energy pounding Embodiment Process I and many of you experienced since the Solar eclipse of August 11, 2018, my physical body was so sore and swollen, hot and beat up feeling like I’d been hit by a truck, that I had to do very little Tuesday the 14th because I was so weak and sore. Today, August 15th much of those side effect pains, weakness, body aches, bruised ribs front and back, internal heat and internal swelling from SO much super high frequency Light energies having been Embodied has eased up and I can do a bit more now. But because this latest cosmic blast was more intense than anything we’ve experienced before, give yourself and your physical body and anything else that needs it, plenty of time to recover from Embodying so much so quickly, and from releasing so much so quickly simultaneously.

This morning I feel different energies coming in, more Solar feeling and in the head than what happened the past three or fours days. 12 to 24 hours now seems to be the time we have between evolutionary cosmic energy onslaughts so use them wisely because the recovery down-time doesn’t last long before another bout arrives. So no, you’re not doing anything wrong nor are you failing your personal Ascension Process or Embodiment Process, neither have you gotten lost within the process or hung up on old lower stuff; you’ve just gotten hammered in whatever ways and areas you personally need by Divine Source and the cosmos so you can get another good-sized chunk of HOME Embodied within yourself and your physical body in this here and this now.

Copyright © Denise Le Fay & HighHeartLife, 2017. All rights reserved. You may copy and distribute this article so long as you don’t alter it in any way, the content remains complete, credit is given to the author and this URL https://highheartlife.wordpress.com and Copyright Notice is included.
Source

We have 1115 guests and no members online