Learning to be angry

Learning to be angry 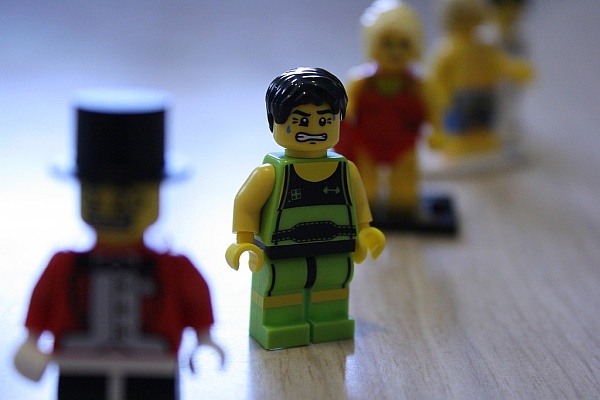 Anger is the emotion I struggle with. Other people’s anger can drop me into a state of panic. My own anger frightens me as well. For much of my life what’s happened is that I’ve managed to feel it – anything from crossness onwards – for perhaps a minute or two, and then it crumbles away into despair, or turns around and becomes self hatred. I’ve spent too long in spaces where everything was always my fault, and getting angry would only have made things more dangerous. When you can’t safely express dislike in a calm way, you certainly can’t lose your temper.

I’ve carried the fear that if I did get angry, it would be like the crushing experience of other people being angry with me. I would become what I loathe and fear. Horror in response to my own anger has kept me from looking at those feelings.

Anger has a lot of protective qualities, and I’ve seen that in other people. Anger can be a fair response, defending boundaries and pushing back against injustice. These are aspects of anger that I need in my life. In my history, their absence made me more vulnerable.

I’ve had two powerful experiences with anger recently. One came as a response to the heady mix of entitlement and wilful ignorance – a man who wanted to talk to me about how hard it is being heterosexual. I had an intense rage response, which I did not manifest and pointed out that queer people are subject to violence and ostracism and he isn’t… and when he tried to argue with me, I walked out. Feeling like being straight makes you ‘uncool’ is not the same as fearing physical violence. I did not stay to be wound up by him, or to waste energy trying to educate him. I did not support his view of himself as a victim – I’ve seen him try to do this before.

My second round with anger was brief and more nuanced. I was decidedly angry about something, and that anger enabled me to say a clear ‘no’ where previously I might have had trouble holding my boundaries. That of itself was both useful and powerful. It took me about half an hour to stop being angry, and then a whole bunch of things became visible – that I could see the other person had acted in error, not malice, and that no great damage had been done. I could also see that by holding my boundaries I had not only protected myself, but the other person as well – if we’d played out that mistake there would have been distress all round. I avoided that.

Protective anger has the scope to protect everyone in a situation. Anger is not an inherently unreasonable emotion – it’s taken me a long time to see that. It isn’t innately destructive. It certainly isn’t always a bad thing.

I’m going to be making more space for the quieter part of the anger spectrum – for crossness, frustration, annoyance, irritation and things of that ilk. I’m going to make sure I hold them carefully when they show up and that I look at them properly. I’m going to include them in my decision-making. Anger does not make me a terrible person. So long as I’m dealing with decent people, there should be room for getting irritable, annoyed and frustrated, and dealing with it appropriately – not with tantrums and power games, but with reasonable expression of what’s felt, moving towards making whatever changes are necessary.

Emotionally speaking, I have a whole new landscape to explore, and I think it’s one that will benefit me greatly.

Thank you!
ॐ Namasté - Blessings!
"Life is an echo, what you send out comes back."
© 2008-2022 crystalwind.ca. All rights reserved.
The Four Freedoms
At the end of summer
CoVid-19: Making Sense of the Numbers
Get This App Now!

We have 763 guests and no members online