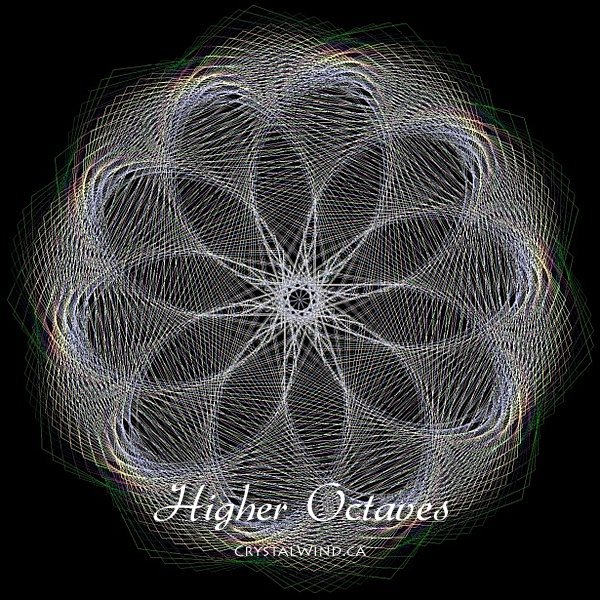 In a recent article on resonance I briefly mentioned the notion that fields have higher and lower ranges that we can choose to resonate with. In life we are always presented with options, possibilities, and choices about what we want to resonate with. You could say that each field is an octave and that the next higher or lower octave is actually a similar but slightly different field. Now we will delve into how our experience is divided into octaves and how this allows us choice around what octaves we want to play in.

In order to understand octaves better lets begin with some examples of personality traits that some people have. These traits may be ones you exhibit in your own personality or perhaps not. Yet even if you don’t have them yourself you have certainly seen them in action in your friends, colleagues, family members, or in famous people so you can relate to all of them.

Let’s begin with the trait of dominance that some people have as a main theme in their personality. Many heads of state, prime minsters, and presidents manifest it so it is easy to think of examples. Dominance may be played out across a considerable range of activities, for example dominance in athletics such as LeBron James in basketball; In the field of acting we have dominant actors Anthony Hopkins or Cate Blanchett, in music, Taylor Swift; dominance in business as exemplified by Jeff Besos of Amazon; dominance in politics such as Donald Trump and so on. Clearly, as you can see they don’t all handle dominance similarly and this of course has to do with their value sets and this is related to their soul stages and levels already mentioned above.

Dominance has a range that moves between dictatorship in the negative pole and leadership in the positive pole. Those would represent the two extremes of that behavior. Dictatorship is the lower vibration and does not bring joy or happiness to those subject to the decrees of the dictator. It also does not bring satisfaction to other heads of state that must deal with the dictator. Dictatorship is of course issuing commands that do not take into consideration the best interests of the people but rather only the interests of a small few loyalists and the desire for the dictator to perpetuate their own power.

Leadership is the higher vibration in this continuum at the top of the octave and leads to greater overall best interests of the subjects and greater cooperation with other leaders. Dictatorship leads to suffering and leadership to greater satisfaction. Between them we have lessor and greater variations on the theme of the polarities.

Let’s take soul age as another example. There are seven soul stages and seven levels to each stage. Each of those seven levels in turn is divided into seven further levels apiece resulting in many octaves of behavior. Therefore there are many steps to mastery in the evolutionary advancement of a soul to ultimate awakening.

The levels repeat themselves again at the next stage up. So for example the first level of a stage is service and after the seventh level, mastery, the first level of the next stage is again service but on a higher level than before. This is the way octaves work. The levels are a field and the next octave of the levels up is a new field, so it means operating at a more sophisticated level. A young soul doing service is different from a mature soul doing service and so on. The seventh level is a leadership level so this is often where you find people with dominance. A seventh level toddler soul will be dominant in a more primitive way than say a seventh level mature soul doing dominance. That is they are more likely to exhibit dictatorship than the leadership of the mature soul.

If we were to look at the progression of octaves in three-dimensional form we would see that they resemble spirals. Each octave represents one complete 360 degree turn as it lifts toward the next octave. In this way you can visually see that each position on the spiral is directly above and below a similar position with the same theme. One cycle of history involves a two thousand year span of time. One octave involves eight two thousand year sequences of time or approximately 16,000 years or eight turns of the spirals. If we were to see this as a spiral of time and events we could see that we are now approximately parallel to the year 18 A.D., a time when the Roman Empire was in a state of decay and the young Jesus was only 18 years old if we are to accept year O A.D. as his birthday. There are many similarities between today and that time frame in history.

In personality traits it is true that higher octaves lead to higher levels of functioning but this is not always true for other sets of octaves. You could not say the same for octaves in music. A lower octave is just as valid as a higher octave but it will simply produce a different result in the listener. Higher notes often go along with higher inspiration but we could not say a high note is better or more sophisticated than a low note. The low notes have their validity too and the music would not be the same without the contributions of varying octaves. Within the development of the personality one can readily see a movement from less sophisticated to more sophisticated.

If we are talking about the continuum from violence to peace then the higher octaves are definitely more desirable for human beings yet if we are talking about the levels of intensity of an earthquake then a higher intensity earthquake is only worse when considering damage to human life and property. Otherwise it is just different but not bad. So in nature octaves all have equal validity but for human beings higher octaves reflect evolution.

As the frequencies of hormones increase they rise to levels that allow for supernormal activities to take place. For example high frequency hormones allow one to walk on fire without being burned or in some cases to walk on water or move through a solid wall. Only highly trained and skilled adepts are capable of such feats such as master shamans, high Tibetan Buddhist Lamas, Yoginis, and mystics. Most human’s hormones remain at lower octaves for the duration of their lives except perhaps in very rare cases of severe emergency or trauma where they experience a completely abnormal event such as by themselves being able to lift a car off a child who is being crushed. This would be a temporary raising in the frequency of their hormones.

Human consciousness is also measured by lower and higher octaves. Human consciousness on the planet today is compromised by much programming, social conditioning, and powerful sets of rules that limit what the average person can experience. Most organized religions teach that individuals cannot attain any knowledge through direct revelation. They need to go to a priest, rabbi, imam, minister or what have you to intercede for them. Fortunately there are many exceptions to these rules and certain individuals rebel against the rules and independently find paths to freedom. When they do they are able to rise octaves higher in awareness and they become enlightened in various ways. These higher octaves are often referred to as being fundamentally different from the lower octaves. The higher the octave the more the person is able to become independent of all the typical and expected rules of reality.

Jesus in particular referred to these higher octaves as the kingdom of heaven in which one could commune with the eternal Christ. Other great mystics and teachers have similarly referred to higher states of being as discovering Buddha nature and the like.  The primary ways of rising in octaves of consciousness are among many others:

+ - Credit Click to collapse
José Stevens PhD is an international lecturer, corporate team builder and organizational coach, consultant and trainer. A psychologist, licensed clinical social worker and author of more than twenty books and numerous articles, he is also co-editor for A Journal of Contemporary Shamanism and a board member of the Society for Shamanic Practitioners. He is the founder, with his wife Lena, of the Power Path School of Shamanism and The Center for Shamanic Education and Exchange, a non-profit organization dedicated to educating youth in indigenous cultures. He has completed a ten-year apprenticeship with a Huichol Maracame in Mexico and has studied with the Shipibos of the Amazon and the Paqos of the Andes for the last thirty years.
Go here
back to top

Thank you!
ॐ Namasté - Blessings!
"Life is an echo, what you send out comes back."
© 2008-2022 crystalwind.ca. All rights reserved.
Heads Up
The NAME
The Dynamics Of Fear In Fear Inducing Times
Get This App Now!