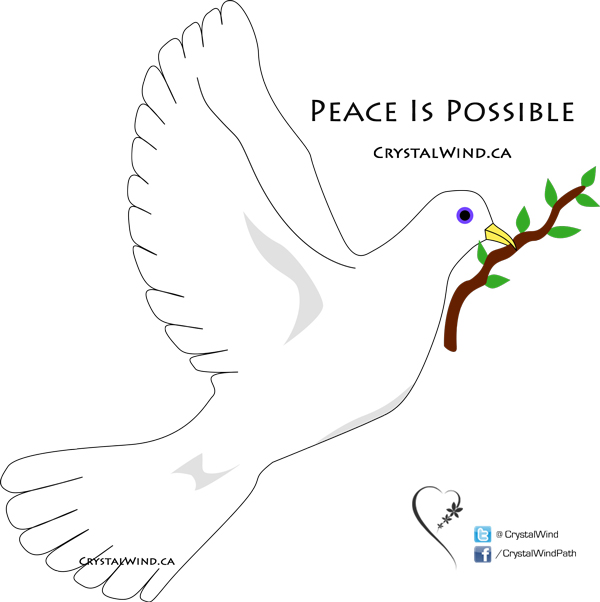 Today is Friday 13th, an omen of change or transformation? We have a magical Solar Eclipse bringing renewed energy and focus. Visible over the southern hemisphere, powering up Gaia’s solar plexus, Uluru. Tonight’s solar eclipse will breathe the fire of renewal into the core of humanity. Truths are being exposed every day. To be asleep is becoming more of a choice and less about mind control or matrix induced apathy. Celestial events mark our transition, they fuel our realignment to higher vibratory fields of light.

We have the chance to raise our frequencies beyond the third and fourth dimensions. In religious terms heaven is beckoning and hell has a grip on us. We know what hell looks like, we see it every day on our tv screens and for many of us it is our daily lives. Heaven is zen. It is raising our cellular frequency to align with higher realms where violence, hate and greed cannot operate. It’s all about energy and frequencies. It’s also all about choice. Who are the enemy? Who can we not trust? Who do we need to vote out? How do we right the wrongs of human history?

I write from London where Donald Trump has arrived despite huge opposition. Last night as we went to bed, and this morning as we woke up, he sent his military aircraft circling London’s skies. A boyking trying to intimidate us. Memories and knowledge of the blitz get disturbed. Children are scared. Adults feel uneasy. What Trump doesn’t yet understand is Britain and Europe are old. A lot older than him or the country he represents. We are long in the tooth when it comes to being reminded we are at the bottom of the food chain. Trump doesn’t hide his power he flaunts it. Royalty and the political elite flaunt their wealth, status and power through official pomp and ceremony. Trump does it by beating his chest. It’s two sides of the same coin. Pretty pictures of obscene royal wealth are no different from Trump stomping around London like he owns us. It’s time to wake up. Focus our intention. Enough is enough. We can overthrow this tired and desperate cabal. We can vote them out. We can boycott their products, turning our back on chemical toxic plastics and pollution. We can refuse their junk food, junk tv and music and junk news. We can say no. There are more of us than them. We are not slaves, we are sovereign beings.

London is red, Corbyn’s core support. Trump’s showing off will only cement our disgust at the US/UK political bedfellows set up. Maybot, Boris they’re all the same. Boris believes because he has Trump’s backing he will be PM. Maybe he will. They dismiss the masses, the voting public in their appalling arrogance, as inconsequential. It’s time to stand up and be counted, otherwise we will be bending to their will again and again. Just as the US fights corruption, rigged elections and propaganda posing as media, so too do we. Fundamental shifts in the institutions that govern us must occur if we are to reinstate any form of true democracy. Voting systems must be regulated to ensure truth. Corbyn and Sanders and others are offering imperialist feudal Britain and capitalised corporate America a way to change the system from the inside. We must exercise our right to vote and use the system they built against them. Or we revolt. Apocalyptic times or transcendental transformation?

Humanity has lost its soul or sold it to the devil. We must regain our focus, wake up from matrix induced trance state, smell the coffee and turn this world around. It is up to us to power up our core, our centre, for the months ahead. Whilst intergalactic intervention protects us from nuclear attack, the rest is up to us. Trump is the joker in the pack. His arrogance knows no limits. He is the elite’s bad seed, the one they should’ve dealt with and didn’t, and now he is taking them on, he knows them from the inside. He is a misogynist, a raging capitalist, a fascist and a fraud. He is turning everything on its head. A Clinton government would have been all systems go for the cabal, same as always. Stealthy mind control suppression and oppression. Trump doesn’t have the sophistication or patience for long established elite tactics of enslavement, he wants to be the biggest ape in the jungle and he wants everyone to know it. His actions reveal truths.

Very little is left now to be exposed. Ufo and alien interactions with earth have been disclosed by the pentagon. Whistle blowers and ordinary people with a smartphone are sharing evidence of intergalactic visitation. Our world has shrunk in the technology age. The elite are global citizens, the planet their monopoly board to cut up, trade and scrap over. Putin watches and waits. He owns half of London or rather his oligarch pups do. What will he make of Trump’s displays of dominance? Russian media regularly runs stories on Putin’s intergalactic allies, his disappearance for several days was widely put down to him being on a space craft having meetings! The West has been suppressed intergactically but other countries not so much.

Spiritually the West has also suffered suppression. Fake religions built on demonic and fascist foundations have turned spirituality upside down. Yet there are millions of people across the world who are deeply spiritual and know the world is not as the western institutions would have us believe. Just as there are those who equate power with wealth there are many others who recognise true power comes from inner strength, balance and stillness. We cannot separate politics from spirituality anymore. We cannot compartmentalise our existence from the planet’s welfare or our responsibility for each other. Capitalism, competition, imperialism, power play politics are how the elite maintain their control. Displays of military prowess, arms deals, the fabricated wars on drugs, on refugees, on terrorists, on each other, have to stop.

Primitive politics reflect a primitive society. To evolve we become collective. We strive to take care of each other, not see each other as the enemy. Lies about resources and population need to be exposed and fair distribution of resources established. Those who have greed and fear in their hearts will reject the above sentiment. They will want to hold onto the elite in the hope they may one day join them and get the wealth and material pleasures. Those who resonate understand in their soul that we have simple needs, safety, sanctuary, nourishment and each other. Not having the chance to own our own island, private jet or Hollywood star is the pay off for knowing your family’s health will be taken care of. For some this is a no brainer, they feel the pain of others. For many however it seems the gold carrot dangled in from of their eyes is enough to sway them to service to self. So it’s up to us, the service to others folk to step up. Focus our intention, break apart matrix apathy and grow up. Take back our world. Reinstate our sovereignty. Rebuild our institutions for a fair society.

The greedy and the selfish have had it their way too long. We need to get over our shock that others can be self centred, superior, cold and heartless and start accepting this and taking the political fight to them. Sign petitions, go on demonstrations, vote with your buying power and your conscience. Stop wasting energy trying to change those who like the dark, who enjoy misery and mayhem if it cloaks them in gold and silver. We have to take the power back to the people for the people. Tonight’s Solar eclipse, Friday 13th, is highlighting our mission, powering us up for change. Hammering home our intention. We change the world, heaven or hell, it’s up to us. Spiritually we can reset our vibration with self care and self love. Practically we need to roll our sleeves up, be fearless and understand this is a quantum world. We have many lives, many chances for evolution and many opportunities to experience love. We are spiritualised beings in a highly politicised realm. Actions speak louder than words always. Ignore the rhetoric and look at the actions, this is where truth hides. Smoke and mirrors, illusion and fakery, predators and prey rule this realm. We can transcend by being at once elevated in our soul and grounded to Gaia. The two are not exclusive. Spirituality is politics just as politics is everything. Focus our intention under the magic energies of Solar Eclipse core renewal, power up. We will transform this world together. Peace is possible cosmic surfers. Namaste.

Thank you!
ॐ Namasté - Blessings!
"Life is an echo, what you send out comes back."
© 2008-2022 crystalwind.ca. All rights reserved.
Fluoride in Water Linked to More ADHD Symptoms - Study
We Will Not Pass This Way Again
The Gateways Are As Open As You Are
Get This App Now!