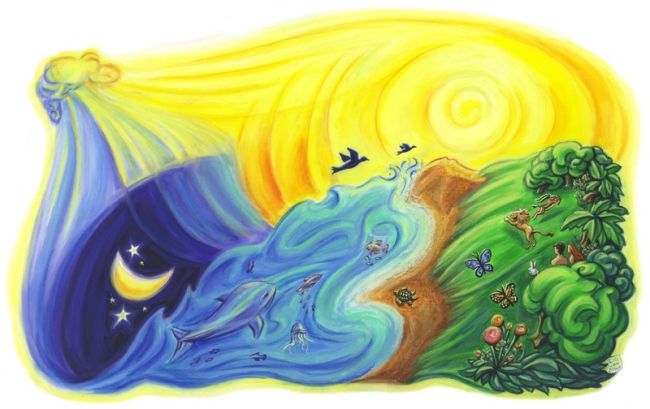 Enough time has passed since the winter solstice to notice that the energy is very different and the astral activity is happening at a different location/frequency. Instead of unity light/spirit and crown chakra stuff, everything seems to be giving way to a more brilliant, god/dess energy or third eye energy. The sense that I have is that the hydrogen element/unity-energy has been harvested or completed and the wave of activity has moved downward to the helium element. Things are moving from the unity plane downward to the god/dess plane of Christ consciousness.

The element hydrogen represents light/fire and unity as well as the crown chakra and for cabbalists the sephiroth Binah. It is true spiritual energy of unity and the spiritual battle has been won. Now the battle has been taken to a lower level, to that of those that would be gods and goddesses over humanity. Helium represents concrete spiritual energy, the energy of Christ consciousness, but not that of unity. You can almost feel those great minds clashing as they try to create their version of our new world, as they envision the world that is to enslave us, or to free us.

Big things are happening this year and a lot of them are not going to be pretty for many people. Satan has been cast down to the earth and is angry at humanity. The light workers have won. The biggest battle that I now sense happening is about privacy, the NSA, the INTERNET and computers. It is time for people to choose the world they wish to live in, one that is free or one that is confined. Snowden’s revelations brought out into the open the extent to which our own government and major tech companies seek to control and manage our lives.

At my day job things are happening, even more close to home. From out of no where, with no warning I found out that the company I work for is going to take the work I do and turn it into an assembly line. Instead of one or two people doing the work, it will be done in (supposedly less time) by six people working a flow line. Higher accountability and more computer metrics to monitor as many aspects of the job as possible. This is not theoretical, this is in the process of happening and it is happening all over! It is almost as if an alarm went off around the world and it is now time to begin this dehumanizing process.

My home computer got so much trash on it from the websites that my wife and grandson frequent that I was finally forced to wipe the hard drive and installed Ubuntu, a linux based operating system that requires no anti virus protection at all! I was given the opportunity to encrypt the entire hard drive at installation (just the click of a button) and I did. Then I started reading about the www.torproject.org a not for profit organization committed to freedom of speech and privacy on the INTERNET. I recommend reading about this organization and its projects. It offers the tor-browser, a Firefox browser specially enhanced for anonymous browsing through encrypted web connections and makes it available for windows users, Mac/OS users and Linux users.

What is the big deal? The big deal is our future and the question comes down to open source software or proprietary software like Microsoft. Are things to be hidden or transparent? Consider this: we desire to use an encryption program to keep our things private. We can use a Microsoft based one or a Linux based one (open-source). They both do the same thing but the open source one uses code that can be read by anyone. With open source software there are no hidden lines that will send information to the NSA, Google or anyone else. The material is encrypted but the program is open to investigation. With “closed” programs we need to “trust” that these software programs are truly in our best interest and doing what they claim and only what they claim. It is time to take our own privacy into our own hands! It is not a good idea to trust external authorities in these matters. In this matter Linux and other open source programs are the key to a free future.

Back to the 118 days of creation. The old-out-moded cabbalistic system had ten Sephiroth or “worlds” of which the lower seven belonged to our earthly existence. This is why the world was created in “seven” days. The Unity Grid works on completely different lines and each year activates a new type of energy/element. 2013 saw the activation of hydrogen/abstract spiritual energy. 2014 begins the activation of helium/ concrete spiritual energy. 2015 will see the activation of lithium/abstract mental energy. (only one of several types of abstract mental energy). This will continue each year for the next 117 years until the last and final elemental plane/energy is crystallized. But that is years away. First our mental views will be crystallized, then our emotions and at the very end, the last levels of physicality. There are those alive today that will see this come to pass. Others will simply “ascend” through the death process.

Those that work with the hydrogen energy have been “harvested” and their work done. Now they are free to live and experience their dreams in this new world. They have been activated at the hydrogen level and none of the lower levels can harm them in any way. They have the seal of God/dess upon them and are “protected” from all that is now to happen. In a manner these are the “last days” spoken of in Revelations. They will not be harmed by the world events that now begin to surround us.