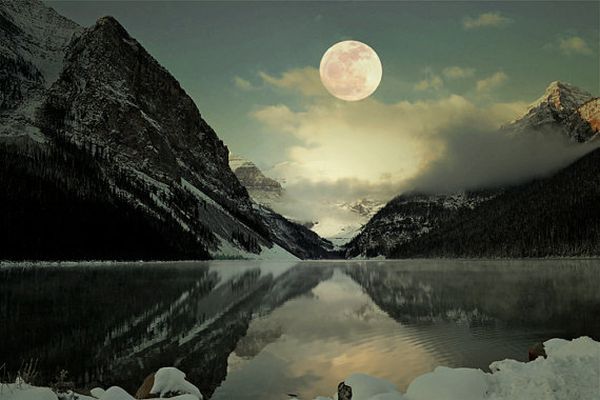 The Full Moon on July 13th, is the closest, and therefore largest and brightest Full Moon of 2022. At 21º Capricorn 21’ the Full Moon is making a close trine aspect to Uranus and the North Node in Taurus. There is a yearning here for a wave of progressive ideas, innovations, and solutions. Full Moons are revelatory. They bring things to a head. And we are able to see the ramifications and consequences of all of our previous actions and decisions. This particular Full Moon is also capable of removing obstacles that were previously standing in our way, or show us solutions and a way forward where previously we only saw problems.

A new path, a new reality is being disclosed, which will require us to re-think a lot of things.

This is what Uranus to the North Node is truly about. The North Node is like our own lodestar, leading us to our true North, where we will find the means to our own salvation. And Uranus is shockingly illuminating. And yet so simple. This Super Full Moon in Capricorn is also grandly illuminating in its own right, telling us to look over here. Look at the solutions that are right there in front of us.

The Full Moon is also shining a distant light on the small but ever so powerful planet Pluto, now in the last degrees of Capricorn. On July 11th, Pluto will be exactly conjunct the same degree that Pluto was in 1776, when the United States originally formed its union. We have already been experiencing the Pluto Return of the United States, which can be seen as a metaphor for the breaking down and building up of the fundamental building blocks of the nation. This is the 2nd exact conjunction, the first being on February 20th, and the final conjunction occurring on December 28th. You can just feel the reverberations of the Pluto Return echoing down the halls and chambers of the capital. And this Super Full Moon echoing: “Look at this, look at this.”

Uranus is a planet that strongly identifies with freedom, liberty, and civil rights. And as noble and simple as that may be it can also be made so much more complicated when we attempt to rationalize our behaviors. We may ask: Whose freedom are we talking about? Whose rights? And at what expense to each other? Where do certain freedoms end at the expense of someone else’s rights?

And where are all these put aside for the sheer sake of having power and control? The Pluto Return in the US is testing all of its fundamental structures for soundness, and the ability to withstand even the most challenging of circumstances. This includes things like its constitution, its economy, the structure of its laws and systems. All of these are being put to the test.

In our own lives, the Full Moon can show us how far we have come, through our own efforts, hard work and decisions. And can give us a glimpse and a hint at where we might want to go from here. Uranus is giving us a new perspective here. Uranus is not just about freedom, it’s about opportunities that will give us the freedom to grow and evolve in ways that we might not have previously imagined. Uranus is about new-fangled gadgets, innovative ideas, and creative solutions. But because Uranus is so closely tangled up with the Nodes of the Moon, it is also about becoming a much better version of ourselves.

Uranus will be exactly conjunct the True Node on July 31st, which is precisely when Mars will also be at this same degree of Taurus. Wherever the Uranus/North Node conjunction at 18º of Taurus falls in your natal chart can likely bring sudden and illuminating events, that can change the way we see the world. Whenever these significant transits involve the Nodes of the Moon it can feel as if the fates are stepping in to rearrange the playing board. Uranus is sudden and shocking and can sometimes change the whole trajectory. But once something is realized, once something is seen, it cannot be unseen again.

By the time Mars reaches this degree at the end of July, many will be feeling the urge and necessity to do something. To take some kind of action. But it won’t be easy. There are deep and resistant forces that are going to be digging in. Some are protective forces, others just want to retain control. It will depend on your perspective as to where you will be standing. In some areas of your life you will be wanting to make progressive and innovative changes; while in other areas you will want to protect, defend and conserve. And through this process, as you weigh your priorities, some strange bedfellows and unexpected alliances are likely to be made.

We have some interesting months ahead. And the Full Moon in July is just setting the field for what is yet to come.

Image: “Full Moon on the Rockies

We have 808 guests and no members online