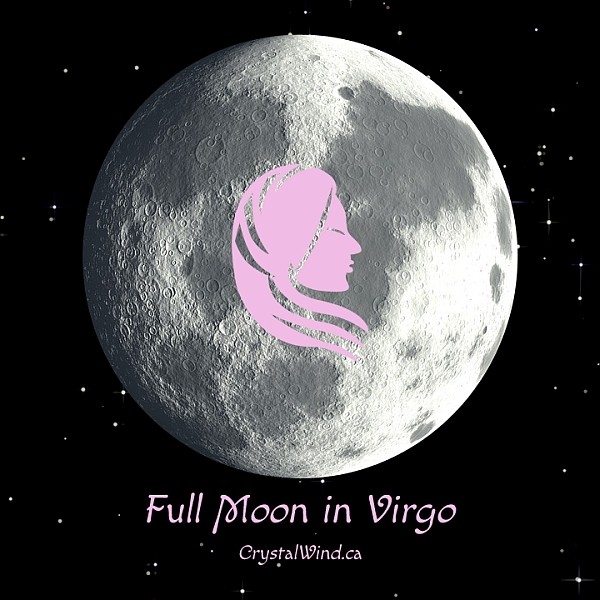 This Full Moon is the final one before the Great Mutation waveform is activated at the end of March. As noted in part 1, Mars now closes in on Jupiter, Pluto, and Saturn, setting structures into play which will be needed in the 200 era to come beginning with the Great Mutation of December 2020. Jupiter’s expanding Plutonic seeds all year, as well as opening futures related to the many conjunctions in Capricorn in January and March 2020.

We continue our run of months of no oppositions other than those made by the Moon when it’s in Cancer, Leo, Virgo, Libra, and Scorpio. This makes the Moon extraordinarily important as the “nozzle” to express all the other planetary energies! The current Great Compression has brought us a very crowded house, now in its narrowest span of the year. If you’re wondering how this Great Compression and those to come will impact us, please check out the linked articles on the bottom of Part 1 of this series published yesterday.

As the Full Moon fulfills the themes of the previous New Moon, we now can take the “Light of our interchange of spirit with others” leading us to new self-developments helping us to master discouragement we’ve been experiencing since the New Moon, and now at “the end of our day of labor,” will find what we need among those with whom we are linked on a Soul level. Saturn continues to rule center stage, and will teach us techniques of deeper understanding beyond our life conditioning so that we may “transcend routine.”

The Sun in Water and the Moon in Earth shows a time of the Mutable Water (distributive feeling flow of experience) of Pisces expressing its unifying Light through the Mutable Earth (distributive practical service) of Virgo. As all the planets are at maximum compression, we continue to be squeezed in many ways, with everything converging in the part of our chart between mid-Capricorn and early Taurus.

Why Are Full Moons So Important?

At a Full Moon, that which has opened since the previous New Moon surfaces in a public form, and heads toward the culmination and fruition symbolized by the second half of any cycle. First half, birth into form and field. Second half, culmination and completion of the purpose of that cycle.

That’s why it’s important to regard the New and Full Moon charts as “God’s Footprints in Time,” since one follows the other in an unending sequence of births of newer and newer seeds. The New Moons show us the seeds that will flourish under the reflected light of the Full Moon.

Full Moons heighten feelings, due to the opposition of the Moon and the Sun. As there is only one opposition in this Full Moon, it puts the evolutionary “Tension of Opposites” at work wherever we have 18-22 Leo and Aquarius.

Dispositors - What's the Backdrop to the Energies?

This month we are back to three “final dispositors” in Venus, Saturn and Neptune. [A final dispositor is a planet in one of the signs it rules.] This month Saturn is the final ruler of the Sun, Moon, Mercury, Mars, Jupiter, itself, and Pluto, Venus rules itself and Uranus, while Neptune continues its “standalone” spiritual rulership of Pisces.

The Sabian Symbols for the Full Moon

This Full Moon falls at 20 Pisces and 20 Virgo. It is said that the second third (decan) of any sign deals with the social, emotional, and cultural levels of life, and as the Lunation is in the second decan of those signs, invokes a sub-influence of Cancer and Capricorn.

Since the Moon always focuses the light of the Sun in specific forms, the degree symbols for both are important. The Sun degree is the illumination or enlightenment of the Lunation, whereas the Moon shows us the potential forms that enlightenment will take. Though I’ve given you a sense of what this is about up to now, here’s where we go into detail.

The Solar degree symbol for the 20th degree of Pisces is "A table set for an evening meal." In the original Jones class notes from The Astrology of Personality,Rudhyar says this is a degree of "spiritual nourishment," "ingathering of forces," and "encompassing richness of experience whenever a particular ordeal is over."

In The Astrological Mandala he states this degree "Promises a satisfying or fulfilling end to whatever one has been undertaking," and that "in the end and at the appointed time (our) needs will be met among those (we're linked to) by a spiritual web of energies." Here at the end of some phase of life we'll find "that which renews and amply sustains," and will experience happiness.

Here we'll find nourishment in a "harvest" of something relevant to "the archetypal purpose and destiny of (our) Soul." He says this degree falls in the Span of Protection, Act of Capitalization, and Scene of Perpetuation on the Actional level.

Dr. Jones says this is a degree of "nature's prodigality revealed through the normal satisfactions" we don't have to effort for, and their significance through the "special revelations of our potentials." Here we discover "there is no part of the universe (we) cannot enlist for the fulfillment of (our) own desires.

With this degree, we make our potential "an expression of (our) genius," and achieve "its promise in a thorough self-gratification." He offers us the keyword FAMILIARITY, and states that when operating in a positive manner, this degree "is an effective sensitiveness to every passing need of mankind."

The Lunar degree symbol for the 20th degree of Virgo is "An automobile caravan." In the original notes from the Marc Jones class on the symbols published in The Astrology of Personality, Rudhyar says this degree is one of"rising to achievement in spite of an inadequate equipment," "Venturing with faith," and "joying in meeting life's challenges."

In The Astrological Mandala, he says this degree involves "the need of cooperative effort in reaching any 'New World' of experience." He states that this implies a group process where people link "their consciousnesses and energies in order to safely reach the goal of destiny" in "an ordered and structured endeavor."

We see that in this symbol "the past is entirely left behind," where people cooperate in "an adventure in consciousness" in a "totalization of purpose and effort." So we are illuminated over the next two weeks by how and what we cut loose from, and some new adventure with others. He says this degree falls in the Span of Experimentation, Act of Stabilization, and Scene of Education on the Actional level.

Dr. Jones, creator of the Sabian Symbols, says this is a degree of "nature's prodigality" revealed through our "genius for multiplying the facilities of modern life," and finding "expectancies which will interest enlightened individuals." Here we see "experience is on the move in a civilized society, since everyone (is) encouraged to heed (their) visions and claim increasing rewards for the skill (we) develop."

He goes on to say that "Self goes out very courageously to meet its world, and as a result finds it has brought a cosmos to its doorstep" He offers the keyword VARIETY, and states that when operating positively, the degree is "an exceptional capacity for creating a greater promise and producing expanded dividends in every area of human activity."

From these symbols it seems the next two weeks will bring us all the Light of satisfactions and fulfilling ends to what we've been undertaking, and we'll find forms of nourishment among our Spiritual family. Here we can find that which sustains and renews us, where our genius will find gratification in expressing itself in answering the needs of humanity.

These will express in a pending adventure where we link with others, venture with faith in meeting some challenge, and mobilize in developing our visions and claim rewards for skills. If we are courageous in meeting some potential, we will find "cosmos at our doorstep," and in so doing will create even greater promise and expanded dividends for our efforts.

This is the Light of compassion and collective awareness expressing itself through educative actions, divine discernment, and practical service. It’s the Light of future “federations” expressed as the culminating step in a new life adventure.

I’ve included this section for many years to keep you all aware of the workings of Divine Mother on our Earth in this Age in Transition. Rather than simply reprint it each month, I created this material as a separate article unto itself a while back. If you want to know more about the vast spiritual field coaxing us toward a great redemption of the promise of Life itself, please take a new look at TransPluto, Divine Mother, and the Tests of Human Redemption

At the World Teacher Full Moon of Sun in Gemini and Moon in Sagittarius I gave you a universal prayer/meditation offered to us by the Tibetan Master D.K. in April 1945 at the end of the war. Tens of millions around the world do this prayer every Full Moon, tuning into the Whole which we ALL are together. I said it every day for many years, and still say it every Full Moon. (It was a real trip to see eyes suddenly open and/or lightbulbs go on over people’s heads when I did it countless times riding the NYC subways when I lived there in the early 80s!)

In 1976 I changed a few words to make it more universal. For your consideration,

From the point of Light within the mind of God
Let Light stream forth into the minds of All,
Let Light descend on Earth

From the center which we call the Human Race
Let the Plan of Love and Light work out
And may it seal the door where evil dwells.

Let Light and Love and Power restore the Plan on Earth.

Again, as I’ve offered you many times before, when you see the title "The Christ" if you are so inclined please substitute "World Teacher," "Bodhisattva," "Imam Madhi," "Krishna," “Kristos,” "Avalokiteshvara," "Maitreya," "Messiah," or any other term used to describe this Great Being. And if you substitute “Enlightened Ones” or “Wise Ones” for “Masters” I doubt it would offend anyone.

See you soon with part 3 covering aspects, planetary sequencing, and other important factors in this Full Moon.