Shadow People
A+ A A- 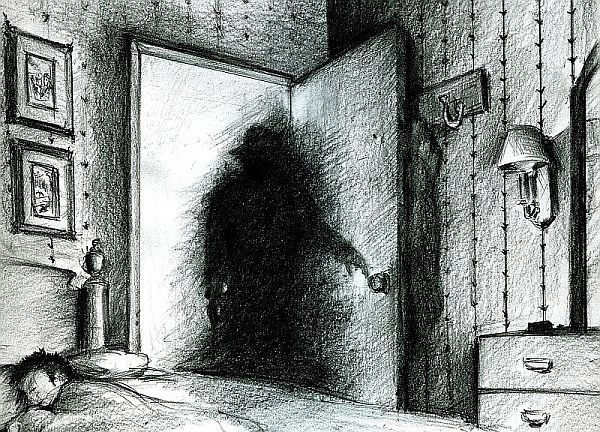 Shadow people, the paranormal phenomenon of shadow persons or shadow men seen just out of sight, in the blink of an eye or lurking in the corner of the room, are becoming an increasingly interesting area of study for many, precisely because we don’t quite know what these shadow beings are. There are a huge number of theories, some suggesting that these black shadows are simply ghosts taking on a darker form, while other theories lean more towards the idea that they are time travelers, or beings from an interdimensional plane – or even aliens. Maybe the shadow people are all of the above, or maybe they’re something more sinister.

WHAT ARE SHADOW PEOPLE?

Explanations for what the shadow people actually are differs depending on where you look, but from a scientific perspective, when we see these figures, it is simply our minds filling in the blank spaces and creating something “human-like” from the shapes that we can see. Another explanation comes from night terrors. Much of the folklore surrounding shadow men centres on stories of people waking up after feeling pressure on their chest; a heaviness in the air and a deep fear. When they awaken, that fear continues as they are completely unable to move and feel paralyzed. Often, this is accompanied by sightings of shadow persons sitting on their chest or lurking in the corners of the room. This is the most widely accepted scientific explanation for this phenomenon, but of course, there are many scenarios involving shadowy figures that can’t be explained away quite so easily.

Have you ever noticed something out of the corner of your eye and not quite been able to tell whether it was a person moving out of your vision, or whether it was just a shadow? It may well have been a shadow person. Shadow people are different to spirits and ghosts in that they are dark in colour: shadow is the absence of light, and so facial features, clothes and other details are generally completely undetectable. These shadowy figures will simply appear in a humanoid form, seemingly made from the shadows themselves. They could be the size of an adult, but you may see them appear as the size of a child. You might see them in the corner of a room, moving through walls and they may move extremely quickly once you’ve taken note of them. The shadows may appear solid, or like swirling smoke, and although it’s more common to see shadow people at the edges of your vision, you may well be unlucky enough to encounter a shadow person face-to-face. One thing to take note of, however: shadow people are often described as having glowing red eyes.

Although shadow people are often described as ghost shadows or ghost people, the truth is that they seem to behave in an entirely different way to other spirit phenomena. Orbs, ectoplasm and the like are rarely ever seen around these shadow “ghosts”, although they’re seen very commonly around areas of other ghostly and spiritual activity. It seems that shadow people are seen alone, and act alone, which lends credence to the theories that they may be beings from another interdimensional plane, aliens, time travelers or even something that we’re not entirely sure how to define.

If they are spirits or ghosts, one theory suggests that these shadows represent human spirits that are simply lost on this plane. They don’t look the same as other spirits with facial features and clothing that we can recognize, because they haven’t yet embraced their state of being, leaving them with an absence of the light that most spirits encounter upon moving onto the next plane after death. This absence of light means that we see them as shadow. This theory suggests that these shadow ghosts are trapped, because they cannot move on – so although they may feel sad and heavy, they’re not necessarily an evil or demonic spirit. Another theory? We see them as shadow simply because of the way our eyes perceive whatever light spectrum that these shadowy figures exist within.

Another theory for these shadowy persons is that they are in fact demonic in nature, simply due to the dark thoughts often experienced by those who encounter them. Again, this is often at odds to what you might experience when encountering neutral spirits or other entities, as these kinds of dark, malevolent and intrusive thoughts tend to be associated with demonic beings. Encounters are often accompanied by feelings of intense dread, and often, witnesses to these shadow people do not feel like they are or have been in the presence of a being that was once human.

The most popular answer to the “what are shadow people?” question tends to lean towards a type of interdimensional being. Aliens is often bandied around as an answer, and it’s not quite as ludicrous as it sounds. Many people believe that aliens are already here on earth and are simply disguising themselves. Others believe that aliens are on earth, but are in a different dimension, and that these shadows are simply the “slip” between dimensions. Another theory based on astral beings and time travelers also works on the idea that these shadows are simply astral beings or time travelers who have slipped through one dimension or another. Just how these time travelers or astral beings slipped through that dimension is something we don’t yet have an answer for, but one theory as to why we may feel dread encountering these beings is simply due to the effect that a “slip” in our dimension would have on a healthy human.

If you’re seeing black shadows, try not to worry. It might just be shadows in the corner of the room. If you experience those feelings of dread and fear in the middle of the night, and you see shadow figures lurking in the corners of the room – and, here’s the key thing – you can’t move, it’s very likely that you’re experiencing a night terror. Although they’re exceptionally scary, they’re actually harmless. If you can, try to wiggle your little finger or your little toe and you’ll soon get yourself out of the paralysis.

How You Will Get to the New 5D Earth ∞The 9D Arcturian Council
Become a Patron!