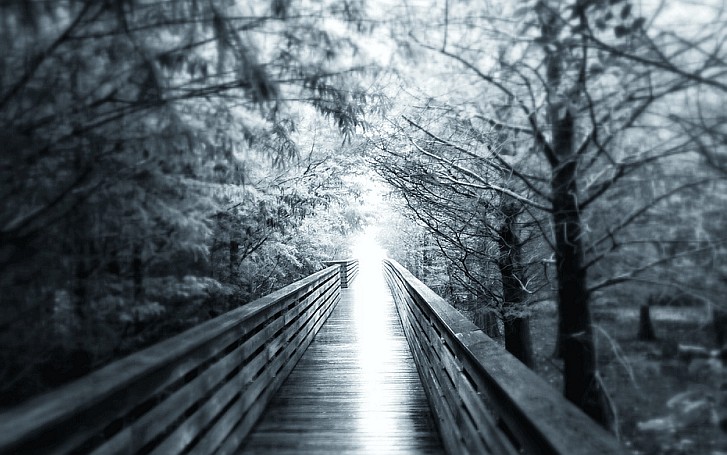 Life after death has intrigued people for a long time. Some believe heaven and hell are man made concepts while others think that Karma determines your predicament after rebirth.

Many people see this belief in afterlife as a sure sign of escapism. Others find consolation in the fact that they would continue to drink life to the Lees even after death. The soul is immortal and often believed to be a fragment of the divine self, this idea originates from the idea that the total matter of the universe remains constant.

There are many instances when someone vouched that they have experienced afterlife or visions from their past lives.

One similar incident happened in Ohio recently. Brian Miller, a 41 year old truck driver felt uneasy while opening the lid of a container. Without wasting time, he called 911 and narrated his situation to the operator.

Soon he was rushed to the local hospital. Brian was having a “widow-maker” heart attack, where the main artery is completely blocked. He had thought the same.

The doctors were successful in reviving him by clearing his blockage. However, after he regained consciousness and his extreme pain subsided, he developed a condition called ventricular fibrillation. Under this critical state, the heart stops pumping blood completely owing to the wild quivering.

ICU nurse Emily Bishop confirmed , “he had no heart rate, he had no blood pressure, he had no pulse.” Even the “strong, hard, fast CPR” performed by the doctors were in vain. They shocked Brian almost four times without any effect. He startled the staff by suddenly coming back to life 45 minutes after a massive heart attack.

Brian claimed that in those crucial moments he experienced “edenic” bliss in a celestial world. He described his unusual experience in details saying, “the only thing I remember I started seeing the light, and started walking toward the light.”

He walked down an exquisite path lined by flowers into white light. Then he came across his recently deceased step mother. The figure looked heavenly and happy. Remembering the one of a kind experience, Brian said, “she grabbed ahold one of my arms and told me, ‘it’s not your time, you don’t need to be here, we have got to take you back you have got things to go and do.’

Bishop said that his pulse returned “out of nowhere”. The fact that his brain lacked supply of oxygen for that long and managed to revive is surely supernatural. Brian is now in good health, laughing, walking, talking like it was all a dream. He is glad to have got the lease of life and says “there is an afterlife and people need to believe in it, big time.”

Researchers analyzed 154 people who had near death experiences.

The responses were collected through the International Association for Near-Death Studies and the Coma Science Group and analyzed by several experts at the Liege University. The results were shocking. Most of the people sensed out of the body experience, feeling of moving through a tunnel, seeing a bright light and encountering spirits. All of these ended in absolute peace. Charlotte Martial, lead author of the study, said that further research is required to explore these differences and the extent of which content of those experiences “reflects their expectations and cultural backgrounds, as well as the neurophysiological mechanisms underlying near-death-experiences.”

Take a look at this video:

We have 1452 guests and no members online