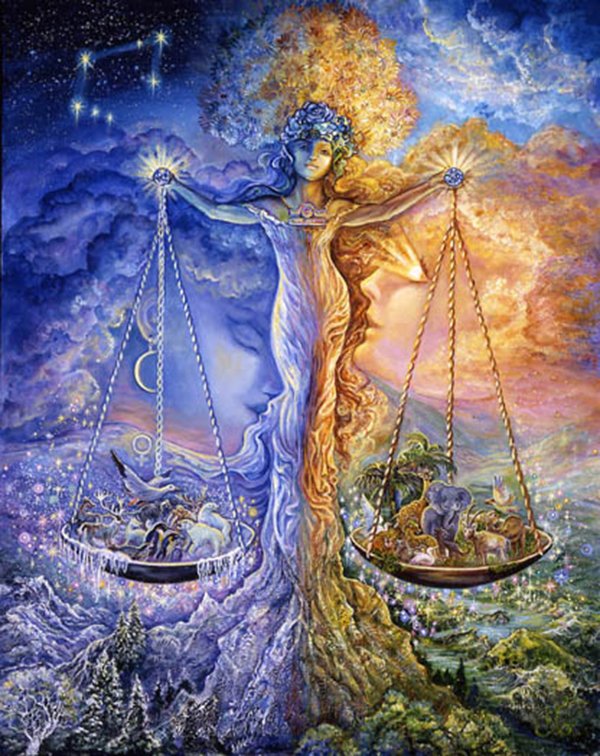 Mabon Ritual Celebrated on the Autumn Equinox, around September 21-23 each year.

Symbolism: second harvest, balance, giving thanks to the Gods, the aging of the deities

Spell/ritual work: Harmony and balance, prosperity, security, rituals of thanks

There were three men came out of the West,
Their fortunes for to try,
And these three men made a solemn vow,
John Barleycorn must die...

Despite the bad publicity generated by Thomas Tryon's novel, Harvest Home is the pleasantest of holidays. Admittedly, it does involve the concept of sacrifice, but one that is symbolic only. The sacrifice is that of the spirit of vegetation, John Barleycorn. Occurring 1/4 of the year after Midsummer, Harvest Home represents mid-autumn, autumn's height. It is also the Autumnal Equinox, one of the quarter days of the year, a Lesser Sabbat and a Low Holiday in modern Witchcraft. Recently, some Pagan groups have begun calling the holiday by the Welsh name 'Mabon', although there seems little historical justification for doing so.

Technically, an equinox is an astronomical point and, due to the fact that the earth wobbles on its axis slightly (rather like a top that's slowing down), the date may vary by a few days depending on the year. The autumnal equinox occurs when the sun crosses the equator on it's apparent journey southward, and we experience a day and a night that are of equal duration. Up until Harvest Home, the hours of daylight have been greater than the hours from dusk to dawn. But from now on, the reverse holds true. Astrologers know this as the date on which the sun enters the sign of Libra, the Balance (an appropriate symbol of a balanced day and night).

However, since most European peasants were not accomplished at calculating the exact date of the equinox, they celebrated the event on a fixed calendar date, September 25th, a holiday the medieval Church Christianized under the name of 'Michaelmas', the feast of the Archangel Michael. (One wonders if, at some point, the R.C. Church contemplated assigning the four quarter days of the year to the four Archangels, just as they assigned the four cross-quarter days to the four gospel-writers. Further evidence for this may be seen in the fact that there was a brief flirtation with calling the Vernal Equinox 'Gabrielmas', ostensibly to commemorate the angel Gabriel's announcement to Mary on Lady Day.)

Again, it must be remembered that the Celts reckoned their days from sundown to sundown, so the September 25th festivities actually begin on the previous sundown (our September 24th). Although our Pagan ancestors probably celebrated Harvest Home on September 25th, modern Witches and Pagans, with their desk-top computers for making finer calculations, seem to prefer the actual equinox point, beginning the celebration on its eve.

Mythically, this is the day of the year when the god of light is defeated by his twin and alter-ego, the god of darkness. It is the time of the year when night conquers day. And as I have recently shown in my seasonal reconstruction of the Welsh myth of Blodeuwedd, the Autumnal Equinox is the only day of the whole year when Llew (light) is vulnerable and it is possible to defeat him. Llew now stands on the balance (Libra/autumnal equinox), with one foot on the cauldron (Cancer/summer solstice) and his other foot on the goat (Capricorn/winter solstice). Thus he is betrayed by Blodeuwedd, the Virgin (Virgo) and transformed into an Eagle (Scorpio).

Two things are now likely to occur mythically, in rapid succession. Having defeated Llew, Goronwy (darkness) now takes over Llew's functions, both as lover to Blodeuwedd, the Goddess, and as King of our own world. Although Goronwy, the Horned King, now sits on Llew's throne and begins his rule immediately, his formal coronation will not be for another six weeks, occurring at Samhain (Halloween) or the beginning of Winter, when he becomes the Winter Lord, the Dark King, Lord of Misrule. Goronwy's other function has more immediate results, however. He mates with the virgin goddess, and Blodeuwedd conceives, and will give birth -- nine months later (at the Summer Solstice) -- to Goronwy's son, who is really another incarnation of himself, the Dark Child.

Llew's sacrificial death at Harvest Home also identifies him with John Barleycorn, spirit of the fields. Thus, Llew represents not only the sun's power, but also the sun's life trapped and crystallized in the corn. Often this corn spirit was believed to reside most especially in the last sheaf or shock harvested, which was dressed in fine clothes, or woven into a wicker-like man-shaped form. This effigy was then cut and carried from the field, and usually burned, amidst much rejoicing. So one may see Blodeuwedd and Goronwy in a new guise, not as conspirators who murder their king, but as kindly farmers who harvest the crop which they had planted and so lovingly cared for. And yet, anyone who knows the old ballad of John Barleycorn knows that we have not heard the last of him.

They let him stand till midsummer's day,
Till he looked both pale and wan,
And little Sir John's grown a long, long beard
And so become a man...

Incidentally, this annual mock sacrifice of a large wicker-work figure (representing the vegetation spirit) may have been the origin of the misconception that Druids made human sacrifices. This charge was first made by Julius Caesar (who may not have had the most unbiased of motives), and has been re-stated many times since. However, as has often been pointed out, the only historians besides Caesar who make this accusation are those who have read Caesar. And in fact, upon reading Caesar's 'Gallic Wars' closely, one discovers that Caesar never claims to have actually witnessed such a sacrifice. Nor does he claim to have talked to anyone else who did. In fact, there is not one single eyewitness account of a human sacrifice performed by Druids in all of history!

Nor is there any archeological evidence to support the charge. If, for example, human sacrifices had been performed at the same ritual sites year after year, there would be physical traces. Yet there is not a scrap. Nor is there any native tradition or history which lends support. In fact, insular tradition seems to point in the opposite direction. The Druid's reverence for life was so strict that they refused to lift a sword to defend themselves when massacred by Roman soldiers on the Isle of Mona. Irish brehon laws forbade a Druid to touch a weapon, and any soul rash enough to unsheathe a sword in the presence of a Druid would be executed for such an outrage!

Jesse Weston, in her brilliant study of the Four Hallows of British myth, 'From Ritual to Romance', points out that British folk tradition is, however, full of mock sacrifices. In the case of the wicker-man, such figures were referred to in very personified terms, dressed in clothes, addressed by name, etc. In such a religious ritual drama, everybody played along.

They've hired men with scythes so sharp,
To cut him off at the knee,
They've rolled him and tied him by the waist
Serving him most barbarously...

In the medieval miracle-play tradition of the 'Rise Up, Jock' variety (performed by troupes of mummers at all the village fairs), a young harlequin-like king always underwent a mock sacrificial death. But invariably, the traditional cast of characters included a mysterious 'Doctor' who had learned many secrets while 'travelling in foreign lands'. The Doctor reaches into his bag of tricks, plies some magical cure, and presto! the young king rises up hale and whole again, to the cheers of the crowd. As Weston so sensibly points out, if the young king were actually killed, he couldn't very well rise up again, which is the whole point of the ritual drama! It is an enactment of the death and resurrection of the vegetation spirit. And what better time to perform it than at the end of the harvest season?

In the rhythm of the year, Harvest Home marks a time of rest after hard work. The crops are gathered in, and winter is still a month and a half away! Although the nights are getting cooler, the days are still warm, and there is something magical in the sunlight, for it seems silvery and indirect. As we pursue our gentle hobbies of making corn dollies (those tiny vegetation spirits) and wheat weaving, our attention is suddenly arrested by the sound of baying from the skies (the 'Hounds of Annwn' passing?), as lines of geese cut silhouettes across a harvest moon. And we move closer to the hearth, the longer evening hours giving us time to catch up on our reading, munching on popcorn balls and caramel apples and sipping home-brewed mead or ale. What a wonderful time Harvest Home is! And how lucky we are to live in a part of the country where the season's changes are so dramatic and majestic!

© 2011-2022 crystalwind.ca. All rights reserved. We track all IP addresses. Using a VPN will now also get tracked to original source IP.
back to top

We have 1204 guests and no members online