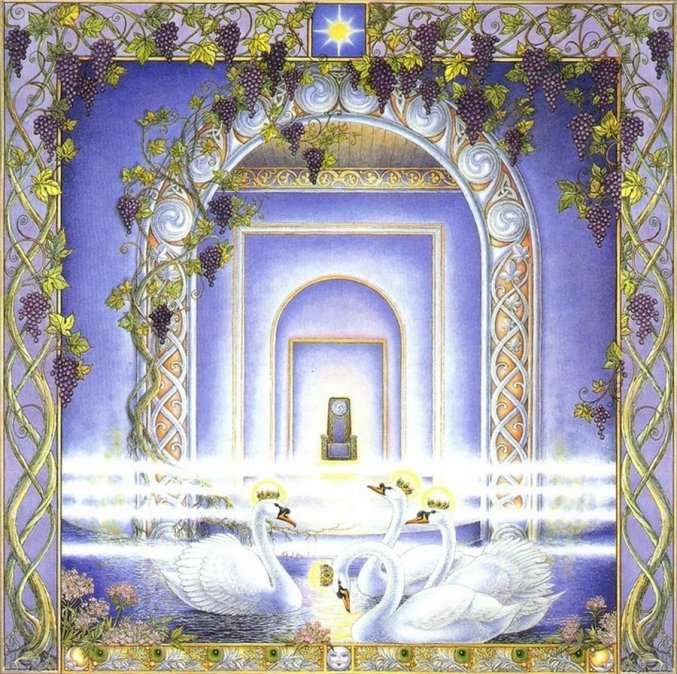 The Ruling Deity : The Tuatha De Danaan, Gods of Light rule this sign. 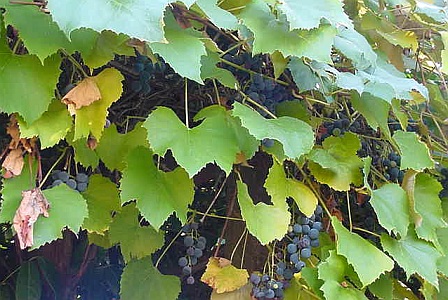 The name of the vine is from "viere" which means "to twist" , and relates to spiralling growth. The symbolism relating to spirals was an important feature in Druidic mysticism and their ritual zodiac. The spiralling symbol of the vine in the Druid's ritual zodiac marks the autumnal equinox, a time when the light of the sky, symbolized by the Sun, would eventually disappear at the winter solstice into the spiralling tail of the Great Cosmic Star-serpent Sarph which encircled Earth.

People born under this sign have a sensual nature with emotions that always run at a high level, yet they can appear remarkably cool in the face of opposition. They are the instinctive organizers of life, always ahead of the field when it comes to contingency plans, and it is a great mistake to underestimate vine characters. For people born in the first two weeks, their emotions and energies are more openly expressed. Their weak points are related to the inherent imbalance of the sign, an inability to come to terms with certain aspects of their lives. Their positive traits are shown with their natural enthusiasm and support of partners. For people born during the last two weeks under the waning aspect of the full moon, this imbalance is corrected at the time of the autumnal equinox on september 23rd and they have the ability to forgive with true compassion. They are, however, rather more difficult to comprehend and they are prone to over-indulge their sensuous nature. Generally speaking, people born under this sign can help to create harmony and stability, but they can also become somewhat parasitical or totally dependant on the good nature of others. 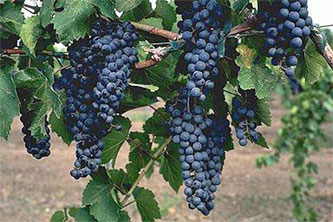 Associated with Venus, the swan and Queen Guinevere, high emotions are a key aspect in the lives of Vine people. There is a restless quality in life. At times their gentleness and enthusiasm are on top. Other times they are excessively angry or sad. Even so, in the face of any opponent they are calm and collected, ever ready with a back up plan. They enjoy the finer things in life and like sharing with family in almost a motherly way.

The Grapevine requires care to bear fruit in the cool Celtic climate and became a symbol of sacred knowledge and spiritual initiation. Vine people are discriminating, authoritative and set high personal standards. They appear cool and detached but are secret romantics and can be sensitive, vulnerable and self critical. Keenly perceptive, they have an eye for detail and refined aesthetic taste. 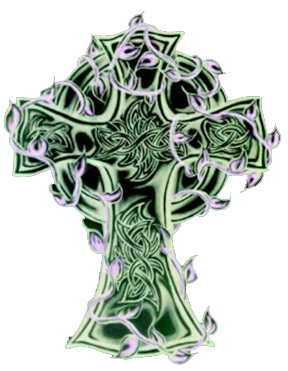 Physical Goal - To sense at a deep level that it is necessary to act in a certain way at any given moment in order to deal with an issue...to allow intuition to be the guide.

Mental Goal - To allow the senses to open in order to speed inner development...to learn how to place trust in the senses when they are acting strongly instead of constantly using reason.

Spiritual Goal - To open the inner self in order that all signs and omens may be harvested and gathered...or at least as many as is capable of understanding.

The Druid Animal - The Swan symbolizes grace and beauty - Vines must overcome a tendency to procrastinate or they can become lost in worry and negativity. 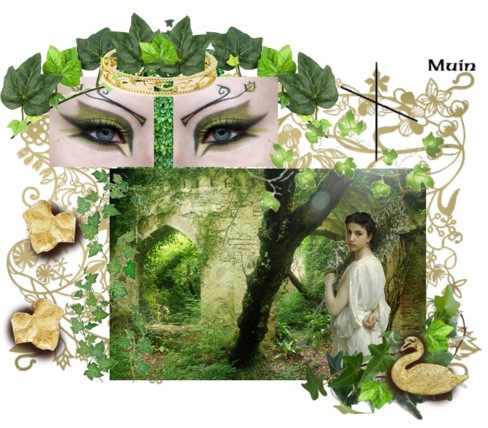 Vine signs are born within the autumnal equinox, which makes your personality changeable and unpredictable. You can be full of contradictions, and are often indecisive. But this is because you can see both sides of the story, and empathize with each equally. It is hard for you to pick sides because you can see the good points on each end. There are, however, areas in your life that you are quite sure about. These include the finer things of life like food, wine, music, and art. You have very distinctive taste, and are a connoisseur of refinement. Luxury agrees with you, and under good conditions you have a Midas touch for turning drab into dramatic beauty. You are charming, elegant, and maintain a level of class that wins you esteem from a large fan base. Indeed, you often find yourself in public places where others can admire your classic style and poise. Vine signs pair well with Willow and Hazel signs.

10th consonant of the Ogham alphabet

M is Muin, the Vine, that magnificent plant which produces grapes... the source of wine. We all know that once we're under its influence, wine sometimes makes us say things we otherwise would never consider. In fact, the words of one who has been consuming it are often uninhibited. The Vine is connected to prophecy and truthful speaking -- because typically, people who have been partaking of its gifts are incapable of being deceptive and dishonest. Muin is a symbol of inward journeys and life lessons learned.

Mundane Aspects : Take time to think about what you say before you open your mouth, but once you open it to speak, only speak the truth. It is better to be honest than to tell people what they want to hear just to gain popularity.

Magical Aspects : Do rituals related to prophecy and divination. Be sure to record all messages that you receive -- they may not make sense right now, but they will later on. When you're sampling its pleasures, don't allow Vine to take too much advantage of you or it may color your perceptions of what is Truth.

The illustration at the top of this article is by artist, Margaret Walty. From the book, Celtic Lunar Zodiac (1998, ISBN 9781567185102) written by Helena Paterson and illustrated throughout by Margaret Walty