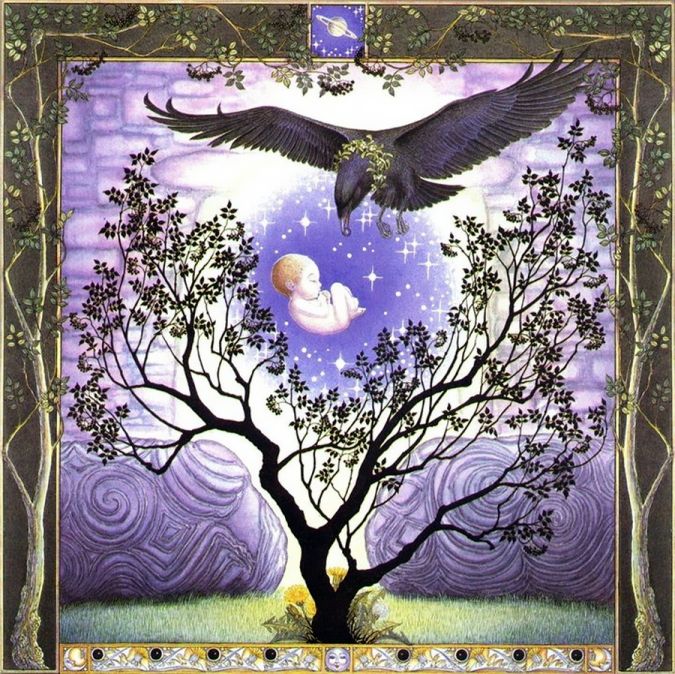 Celtic Symbol : The Black Horse Or The Raven

Sacred numbers : Five - each elderflower has 5 petals, 5 yellow stamens, and 5 sepals which form a tiny green star.  Thirteen - Elder is associated with all superstition surrounding the number 13. 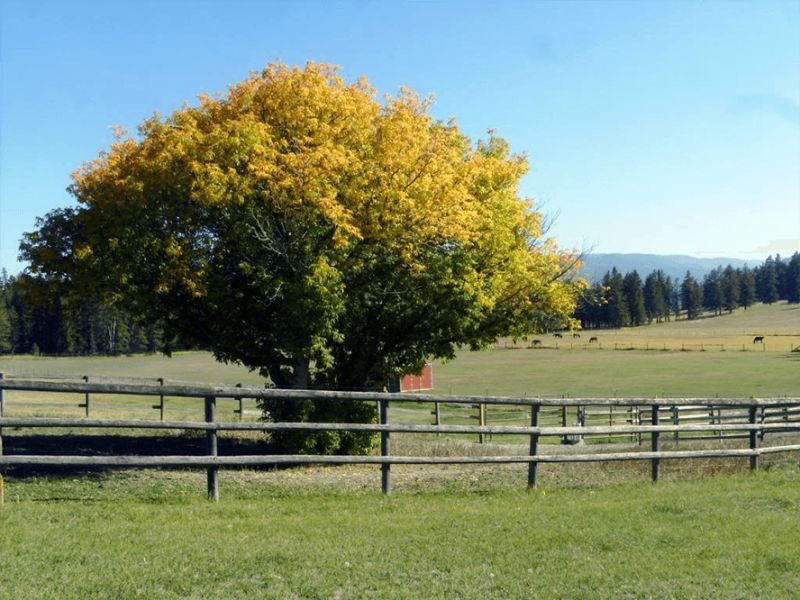 The Elder Tree in the ritual zodiac of the Celts marks the critical stage between life and death at the time of the winter solstice. The critical stage of evolution centered around the three Serpent Days of the winter solstice which began at sunset on December 20 and ended at dawn on December 24. During this period, the Sun, which always sets in the most westerly point on the horizon, was believed by the Druids to descend into the Underworld abyss of Annwn and, after a series of trials and initiations, ascend once more into the outer world with a newly reincarnated retinue of humanity.Elder tree characters evolve gradually during their lifetimes. Initially in their youth they are inclined to waste much time and energy on worthless ventures or projects. They are often fortunate or benefit from inheritances which encourage extravagant tastes or indulgences. They have a basic restlessness or an insatiable curiosity that draws them into the study of profound subjects, and they are inclined to travel great distances in order to further their knowledge. People born during the first two weeks come under the new moon phase of the sign and they are more outspoken and impulsive. They are, however, extremely persuasive orators who will constantly challenge injustices or what they see as corrupt powers. The people born during the last two weeks come under the full moon phase, and while they have great vision, they are inclined to operate more successfully in the background rather than pursue a confrontational approach. 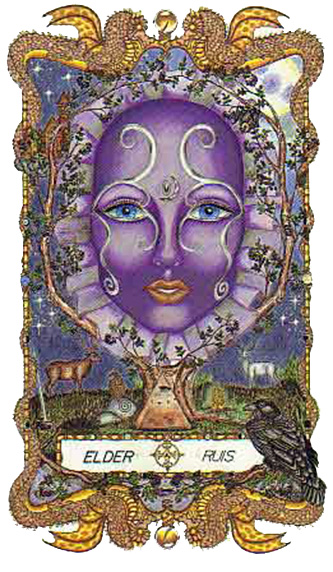 Associated with Saturn, the raven and the god Pryderi. The last of the signs, Elder people go through a transformation over life. At a young age, they are extravagant and energetic, but as they grow older, their grow into their power and earn respect. They can very self disciplined and overcome hardship that would break others, but can appear to be emotionless. The personal lives of the Elder tree people are very open and public. They like to travel the world for adventure, fame and fortune.

The Elder tree was sacred to the faeries and branches were hung above stables to protect horses from evil spirits. It was unlucky to burn Elder and an omen of death to bring it indoors. Elder people are self sufficient, lively, impetuous and outspoken. They dislike routine and refuse to be pressured by others. Restless and highly energetic, they thrive on change and need constant mental and physical challenge.

Physical Goal - To learn that although one aspect of life may be over, another begins anew.

Mental Goal - To learn that changes from the old will bring creativity...will usher in new ideas and thoughts. 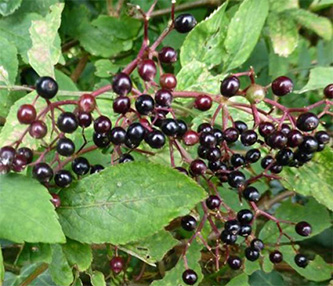 Spiritual Goal - To learn that links are continually formed as new phases of life and experience repeat themselves in different forms that lead to renewal.

The Druid Animal - The Raven symbolizes healing and protection - Elders must learn to use change as a positive force in their lives or they can become reckless and confused.

The leaves and berries are used for protection and in breaking spells that were cast against you or to undo spells of evil intent. Growing an elder in your garden will protect your property from misfortune and harm. In Europe they planted elder in cemeteries to keep away the evil spirits. 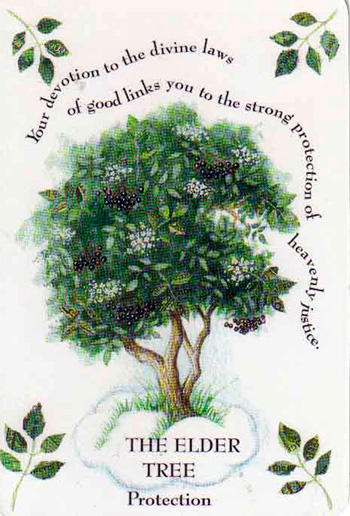 Elder archetypes among Celtic tree astrology tend to be freedom-loving, and sometimes appear to be a bit wild to the other signs of the zodiac. In younger years you may have lived life in the fast lane, often identified as a “thrill seeker.” At the time of your birth the light of the sun was fast fleeting and so you take the same cue from nature. You are often misjudged as an outsider as you have a tendency to be withdrawn in spite of your extroverted nature. In actuality, you are deeply thoughtful with philosophical bent. You also tend to be very considerate of others and genuinely strive to be helpful. These acts of assistance are sometimes thwarted by your brutal honesty (which you openly share solicited or otherwise). Elder Celtic tree astrology signs fit well with Alder’s and Holly’s.

13th consonant of the Ogham alphabet

R is Ruis, the Elder tree, which is connected to the time of the Winter Solstice. The Elder represents endings, maturity, and the awareness that comes with experience. Pronounced roo-esh, Ruis is a sign that things may be ending, but will yet begin again some day. Although the Elder is easily damaged, it recovers and is rejuvenated easily.

The Elder is also strongly connected with Goddess spirituality, and the workings of the Fae. The soft wood has a lightweight core that can be pushed out to create a hollow tube -- perfect for a Faerie flute! Elder was also planted near dairy barns, in the belief that its presence would keep the cows in milk, and prevent collected milk from spoiling. Elder flowers and berries are often brewed to fight fever, cough, and sore throats.

Mundane Aspects : This is a time of transition -- while one phase of life ends, another begins. With maturity and experience comes wisdom and knowledge. Remember that it's fine to be childlike, but not childish.

Magical Aspects : New experiences and new phases of growth are continual, and these will all lead to spiritual renewal, and finally rebirth. Remember that the things we experience are all part of the formation of who we eventually become.

© 2012-2022 crystalwind.ca. All rights reserved. We track all IP addresses with sniffer technology. Using a Proxy/VPN will not hide your IP address.

We have 1070 guests and no members online