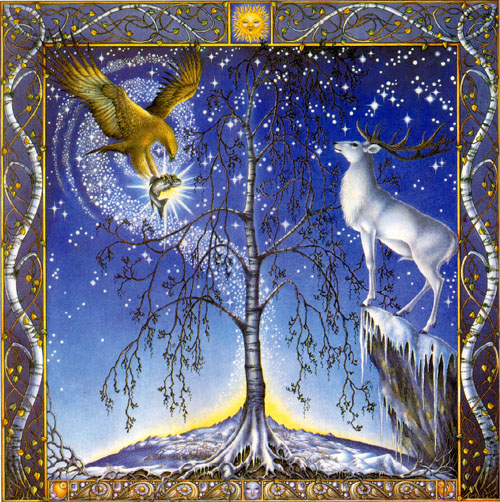 Symbolism : Renewal, Protection; Achiever - Motivates you to achieve and become a leader; The Tree of Inception and of New Beginnings.

Sabbat : After the Winter Solstice, as the days begin to lengthen again... 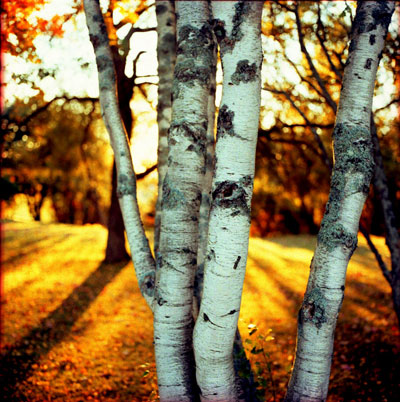 In Celtic Astrology the Sun was identified with the birch tree because it was the first tree, with the exception of the mysterious elder (the last tree in the Celtic zodiac), to put out new leaves and thus signified the beginning of all things. The birch therefore was associated with the initial training of druids and signified young druids or bards, who wore a sprig of birch on their tunics. The birch and elder stand on either side of the Nameless Day in the Celtic lunar zodiac as two symbols or pillars that represent the continuing cycle of birth and death. This symbolic and primeval duality is the astrological key tree signs.

There are two distinct types of birch tree people, and this division relates to all tree signs. The new moon character is associated with the first two weeks of a sign and the full moon character with the last two weeks - throughout the signs. The new moon character has a more impulsive and emotional nature, but is inclined to be subjective or introverted. Their positive traits of character are shown by their resolve or faith in themselves in overcoming all obstacles. New moon people born under the birch tree sign are therefore more tenacious in pursuing their objectives in life. 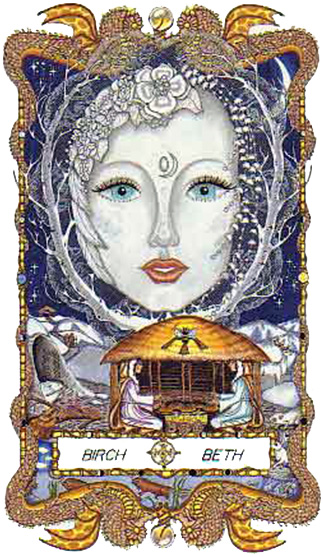 The full moon character has a clarity of purpose combined with a visionary nature and is inclined to be more objective or extroverted. Their negative traits, however, hinge around a lack of reality that clouds their judgement. According to druidic belief, the birch tree represented the seed potential of all growth, therefore, astrologically birch tree people have great personal potential, like the celtic deity taliesin, which nevertheless requires great persistence in overcoming personal setbacks.

To the Druids, the Birch represented renewal and rebirth as it was the first tree in leaf after winter. Birch people are determined, resilient and ambitious. Good organizers, leaders and strategists, they are not deterred by setbacks, believing hard work, patience and persistence will triumph. They are loyal but reserved in showing affection.

Physical Goal - To be rid of negativity, unhelpful influences and bad thoughts in order to accomplish a fresh, new start.

Mental Goal - To concentrate on personal desires...the image of the result wanted must be held firmly in mind. 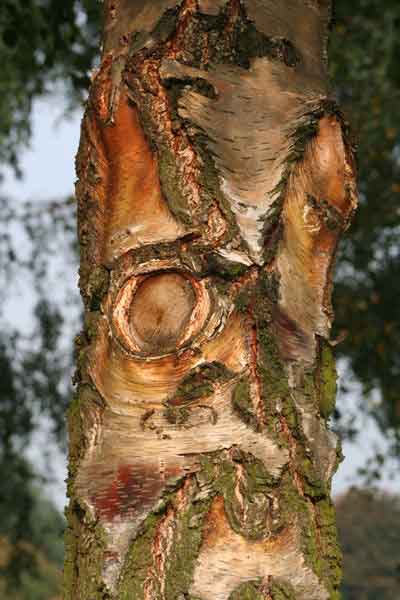 Spiritual Goal - To focus on new beginnings...the White Birch symbolizes the desired image, standing out clearly from distractions and obstructions.

The Ruling Diety - The Celtic Warrior God Lugh, inventor of all arts and crafts, rules this sign.

The Druid Animal - The white stag symbolizes high ideals and aspirations - Birch people need a goal in life or they become depressed and pessimistic.

Spell for Intent : Gather strips of fallen birch and let them dry out. Using Dragon's blood ink (or an appropriate ink for you spell) write the keywords of your intention. As you do this, keep an image of it in your mind. As you say your incantation, pass the birch through a candle flame and drop it into you cauldron. 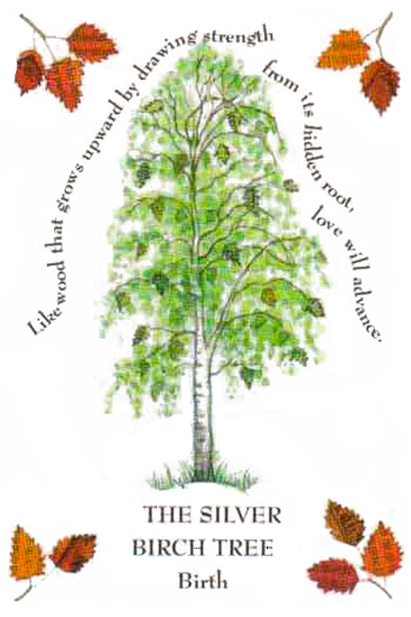 If you were born under the energy of the Birch you can be highly driven, and often motivate others they become easily caught in your zeal, drive and ambition. You are always reaching for more, seeking better horizons and obtaining higher aspirations. The Druids attributed this to your time of birth, which is a time of year shrouded by darkness, so consequently you are always stretching out to find the light. Birch signs (just like the tree) are tolerant, tough, and resilient. You are cool-headed and are natural-born rulers, often taking command when a situation calls for leadership. When in touch with your softer side, you also bring beauty in otherwise barren spaces, brightening up a room with you guile, and charming crowds with you quick wit. Celtic tree astrology Birch signs are compatible with Vine signs and Willow signs.

1st consonant of the Ogham alphabet

Beith, or Beth, corresponds to the letter B in the alphabet, and is associated with the Birch tree. When this symbol is used, it is representative of new beginnings, change, release, and rebirth. In some traditions, it also has connections with purification.

Birch trees are hardy. They'll grow just about anywhere, including on bare soil. Because they tend to grow in clusters, what may be just one or two seedlings now can be practically an entire forest in a few decades. In addition to being a sturdy sort of tree, the Birch is useful. In days gone by, it was used for infants' cradles, and is still harvested today to make cabinets and furniture.

From a magical perspective, there are a number of uses for Birch. The branches are traditionally incorporated into the construction of a besom, and are used for the bristles. Use the white outer bark in ritual in place of paper or parchment -- just be sure you only harvest the bark from a fallen Birch tree, not a living one. Ancient herbalists discovered that various parts of this tree can be used for medicinal purposes. Bark was once brewed into a tea to fight fevers, and the leaves were used alternately as a laxative and a diuretic, depending on how they were prepared.

Mundane Aspects : When this symbol appears, it means it's time to get rid of all those negative influences you've been carrying around with you. Figure out what things are bad in your life, which relationships are toxic, and find a way to leave them behind. Instead of being dragged down by the negative, focus on the positive things you have in your life, the blessings and abundance. Use these things as a focus, rather than the harmful or damaging ones.

Magical Aspects : Consider the property of renewal and rebirth, as demonstrated by the Birch. Use this as a tool for spiritual and emotional regrowth, and developing your own ability to regenerate where there has been emptiness or devastation.