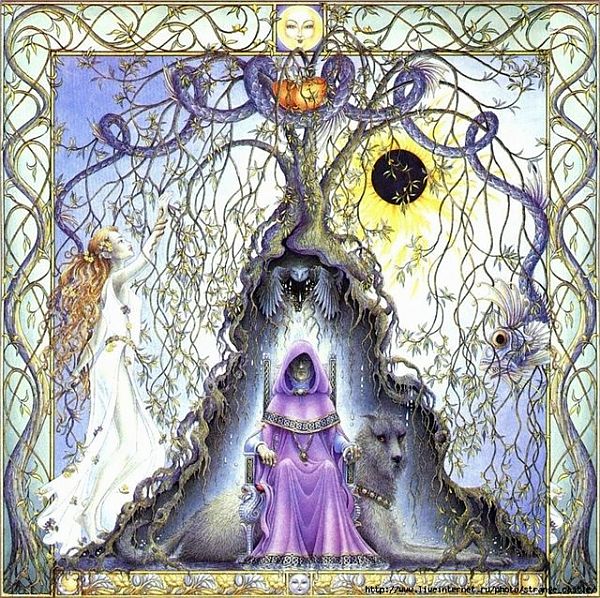 The Fire Festival Of Beltane 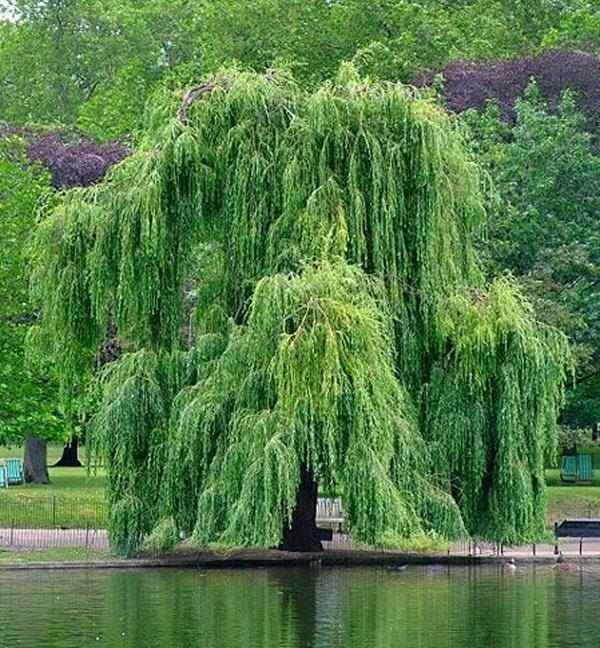 The Willow Tree has an ancient history and association with death. Its leaves have been found in megalithic burial sites and in tombs of Pharaohs. The Willow, like the Ash, was considered a tree of enchantment both in Northern Europe and Greece; sacred to the Goddess in all the death aspects of the Triple Moon Goddess and worshipped by witches. The Willow Tree was sacred to the Druids because in their Creation myth the two scarlet sea-serpent's eggs which contained the Sun and Earth lay hidden in its boughs. The first tree of Creation in Celtic myth was therefore the willow, and the universe was thus "hatched" symbolizing both cosmic birth and the beginning of earthly life.

Willow tree characters are difficult people to get to know in any depth or detail, for people born under this sign touch upon all the mysterious aspects of nature associated with the moon. Their psychic antennae are switched on, so that they have recall to the remotest regions of memory. The positive aspects of character generally are shown in their passive tenacity and shrewdness. People born during the first two weeks of the lunar month are more inclined to sudden mood changes, which encourage some unreliable traits of character. The positive aspects are shown by their receptiveness to change in being quick to take advantage of the opportunities presented. People born in the last two weeks are inclined to disregard advice and their own reasoning powers can lack credibility. The positive aspects are demonstrated by their resourcefulness and excellent memories. 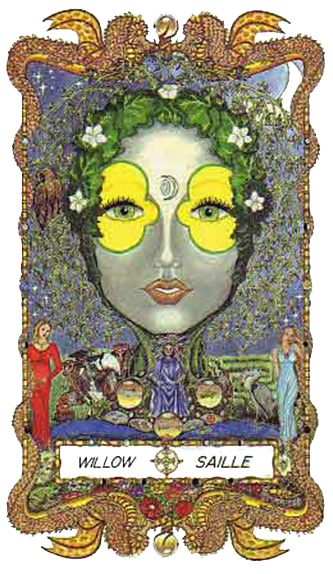 Associated with the Moon, serpent and Morgan Le Fay. Like the Moon, Willow Tree people have a hidden, mysterious nature. On the outside they appear as very sensible, practical people, but on the inside they are very psychic and mystical. Unusual experiences follow them. Although they are wise counselors, their emotions and moods can change suddenly and negatively influence their usual reasoning ability.

The Willow was sacred to the Moon and in Celtic myth the universe was hatched from two eggs hidden among the boughs of the Willow. Willow people have good memories and are articulate, strong willed and resourceful, emotional and enigmatic. They have quick responses and are prone to sudden mood changes.

Physical Goal : To encourage a comfortable relationship with the material world, which is full of lessons and cycles of changing values. Change is paramount for growth...and values are no exception.

Mental Goal : To gain understanding of a particular concept...a steady accumulation of facts is the foundation of understanindg. Not everything may be learned in one lesson...the key is repetition. 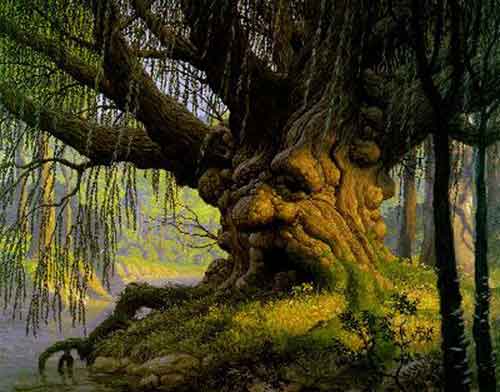 Spiritual Goal : To learn that there must be periods of rest rather than continual activity.

The Druid Animal : The Hare symbolizes adaptation and intuition. Willows must trust their inner voice or they can become moody and chronically indecisive.

Take three long supple branches of willow, braid them together and then fasten it into a circle with pink, red or white ribbon.  Place a picture or the name of the person you love in the center and then put it next to your bed. 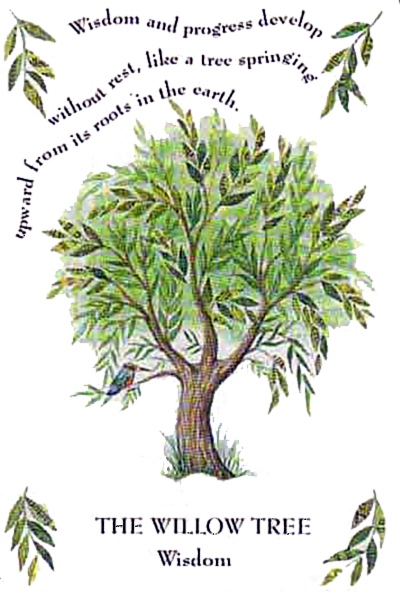 If you are a Willow sign, you are ruled by the moon, and so your personality holds hands with many of the mystical aspects of the lunar realm. This means you are highly creative, intuitive (highly psychi people are born under the sign of the Willow) and intelligent. You have a keen understanding of cycles, and you inherently know that every situation has a season. This gives you a realistic perspective of things, and also causes you to be more patient than most tree signs. With your intelligence comes a natural ability to retain knowledge and you often impress your company with the ability to expound on subjects from memory. Willow Celtic tree astrology signs are bursting with potential, but have a tendency to hold themselves back for fear of appearing flamboyant or overindulgent. It is your powers of perception that ultimately allow your true nature to shine, and what leads you to success in life. Willow signs join well with the Birch and the Ivy.

5th consonant of the Ogham alphabet

S is for Saille, pronounced sahl-yeh, and is associated with the Willow tree. The Willow is often found near water, and when nourished it will grow rapidly. This symbol is representative of knowledge and spiritual growth, as well as being connected with the month of April. Willows offer protection and healing, and is closely connected to the cycles of the moon. Likewise, this symbol is tied to women's mysteries and cycles.

In folk medicine, Willow has long been connected with healing. A tea of willow bark was used to treat fevers, rheumatism, coughs, and other inflammatory conditions. Nineteenth century scientists discovered that the Willow contains salicylic acid, a synthetic version of which is the primary pain-relief ingredient in Aspirin. In addition to its use as a healing herb, Willow was also harvested for wicker work. Baskets, small curricles, and even bee hives were constructed with this bendable, flexible wood.

Mundane Aspects : One cannot evolve without changing. Realize that part of life's journey includes learning lessons -- even unpleasant ones. This is a natural part of the human experience.

Magical Aspects : Give yourself a break periodically, and take time to rest spiritually. Know that change will come when you are ready for it. Allow yourself some flexibility in your spiritual life as well.