All Is In Perfection ~ Archangel Michael

The Royal Lions and the Teaching of the Sacred/Lion Heart 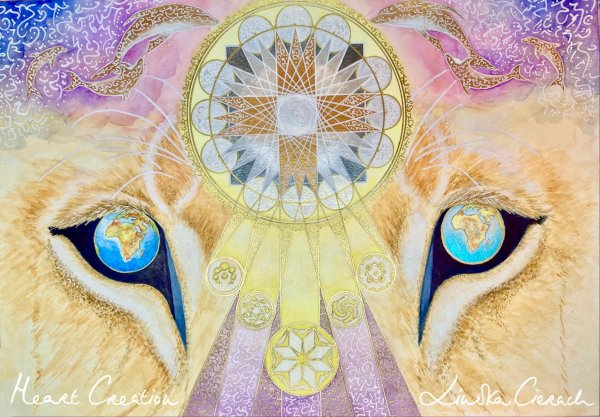 The Royal Lions are Angelic Beings of the Family of the Elohim.  The Elohim Family Angels are the Creators of Form, according to Divine Plan, in our Galaxy.

The Elohim,and the Royal Lion Elohim,  came to our Galaxy after completing their work in the Andromeda Galaxy, our neighbouring Galaxy.  They entered via the Lyran Inter-Galactic Star Gate, in order to begin their work of forming and shaping the Galaxy and creating worlds of Life Forms according to the Divine Plan.

They are the Creative Force of Expression of the Divine Heart and Mind.

The Royal Lions, then,  are an Angelic “Tribe” of the Elohim who like to take form in the shape of a Lion or Lioness.

As such, they are identified with the Feminine energy of Creation and the Divine Feminine.

The Sirian Star teachers taught that the Original Creative force divided into two energies to begin the process of self-discovery through creation.  These two “parts” were called Shu and Tefnut.  Tefnut was the Divine Feminine as she was a Leonine Being associated with Fire and the Sun .  Shu was an Avian Being and was associated with Air,  Wind and Mist.

From these two original parts of the Divine Self were descended the Leonine and Avian Beings in our Galaxy.

The title “Royal” describes their Power and their Magnificence as Divine Sovereign Beings.  The Leonine Elohim can choose to incarnate as Human, but their preferred form is Leonine or Feline.

They are important to the Earth and the Divine Plan because they are the Warriors and Lion Hearts of the Galaxy, even though their energy is Feminine.

Even more important is their association with the evolution of our Planet.  From their own Tribe, they sent forth the Lion and Lioness of Judah to be the Avatars of the new consciousness for the coming Aquarian Age on Earth.

Yes indeed, Yeshua was the Lion of Judah and Mary Magdalene, the Lioness.

There are many references in Biblical scripture to Yeshua as the Lion of Judah who would save his people.  What this really means is that Yeshua ( and his Lioness Mary) would provide the blueprint and path for Humanity to retrace its steps to its original form as Human Angels and then beyond that to populate the New Earth.

The prime teaching of Yeshua and Mary was the importance of Love, Compassion, and the Sacred Heart.  Or the Lion Heart.

Humanity lost the Divine Human Angelic Template when the Fallen Angels, called Annunaki, began to “miscreate” by altering the genetics and templates of Humans to create an enslaved race that they could use for their own purposes.  The Lion Elohim were determined that Humanity would be returned to its original Form and Purpose simply by bringing as much light as possible to reactivate the original template in the DNA and cancel out the alterations.

Humanity would be lifted out of its “slave” state and returned to its original state as vessels for the incarnation  of Angelic Beings of Light.  They would recognise themselves as Divine Sovereign beings, as Kings and Queens on their own Reality.

The original plan for the Earth was that it would be a Sacred Planet and space for a beautiful planetary garden that could be populated and enjoyed by many other races and beings in the Galaxy.  This is why so many Sacred Sites are aligned with various “home” stars.  The Human Vessel was designed to allow angelic beings to incarnate and work as Keepers of the Sacred Earth.

We all know that this plan went south when the Reptilians and the Annunaki arrived with their own Agenda.  These were formerly Light Beings who decided to take their own approach to Galactic and Solar creation, and they wanted to control the Earth with its rich resources of life and bio-diversity.  They wanted to control the genetic development of the Earth so that they could use it to bio-form other worlds that they could control and manage for their own gain.

They Elohim did not immediately stop them as that would have been dropping to their frequency level and become violent and aggressive.  Their plan was to allow the Light and Love of the Divine to illuminate and reactivate the DNA template of those who had been altered so that they would once again remember who they are and return to their Human Angel state.

That time is now.  The Royal Lions are actively helping us to awaken and remember who we are and to free ourselves from the trance like enslavement that has been cast over humanity for so long.

When we work with Yeshua, Mary Magdalene and the Lion Elohim, we learn to awaken our Sacred Heart with Love and Compassion and to stand forth as a King or Queen in our Sovereign power. As we do this, we activate the Human Angelic Template.

We learn how to reconnect with our Angelic Self, and how to activate the Human Angelic Template so that the bonds and miscreations fall away and we are revealed for who we are.

Lion Hearts and part of the Angelic Families.

Maybe even Royal Lions and Lionesses!

The Teaching of the Sacred Heart : Love and compassion in Cosmic Balance

The primary teaching of the Christ Avatars and Leonine Elohim Yeshua and Mary Magdalene was the central importance of Love, the Heart and being able to balance the Cosmic energies within the Heart.

This is what Angels do, they hold the balance in the Cosmos, ensuring that the flow of Divine Love is maintained so that all may stay and endure in Peace and Happiness.  When there is disruption and imbalance, the teams of Angelics and Starseeds are called in to assist in bringing back the balance.

Many of us are Elohim Angels who have taken on Human Form in order to bring the Earth back into balance and allow it to take its place once again in the evolution of the Galaxy according to the Divine plan.

The teaching of the Sacred Heart/Lion Heart  is above all a teaching of EMPOWERMENT and BALANCE.  The Royal lions are our teachers and guides.

The Sacred Heart, as they teach, is the central balance point of our Being when on Earth.  The Soul anchors into the Heart Center and brings the Divine Spark or God Seed Atom, as Ronna Hermann calls it, into the Body.

From this point the energy moves out in a Sacred Circle that divides into four circles that form what we call the ~”Magdalene Cross” which is also two interlinked figure 8 symbols, one vertical and one horizontal.  This created 4 sub-circles that represent the totality of Creation within the God Seed Atom ( and in all Creation).

These 4 circles are Heaven/Earth and Masculine/Feminine energies.  When they are in balance, the Divine energy can flow with ease and grace.

The Heaven Circle is filled with Radiant Violet Diamond Light which is the energy of Spirit and the Angelic Realms.  It is the home of the Angelic Beings, the Galactics and the Masters of Light.  The Elohim and Archangel Michael are the Guardians and Keepers of this Realm for the Earth.  The Akashic records for the Galaxy are held in this Circle.

The Earth Circle is filled with Emerald Diamond Light which is the energy of all Creation on Earth.  The Akashic Records for Earth are held on this level.  The Radiant Green Light energises and sustains nature, of which we are a part.  The “Earth Angels and Spirits” are called Devas, Elementals and Fairies.

These two circles form the vertical figure 8, and when we work with the Sacred Heart we work to bring them into balance and connected at the Heart centre so that the energy flows freely around the figure 8.

The second figure 8 is the Horizontal one, that interlinks with vertical one to form the Magdalene cross.

These two circles contain the Divine Masculine and Feminine energies, which are the basic building blocks of Creation.  The Sirian Star teachers taught us that when the Divine desired to know itself, it divided into two energies, the Masculine and the Feminine, and all creation was formed from these two in their journey of self-discovery and growth.

The Divine Masculine Energy was brought to Earth in its pure Aquarian form by Yeshua, whose teaching was Love and Compassion.  The Radiant Light here is Gold and Royal Blue with Diamond Light.

The Divine Feminine Energy was brought to Earth by Mary Magdalene, whose teaching was the Divine Complement to that of Yeshua. The Radiant Light here is Ruby Gold with Diamond Light.

Together they created Divine Balance and a new path that would reactivate the Human Angelic Template and create a path forward to the Aquarian Age of Love and Peace.

When we do the Sacred Heart Activation, we are restoring and activating the Human Angelic Template and bringing Cosmic Balance to ourselves and the Earth….As Above so Below. 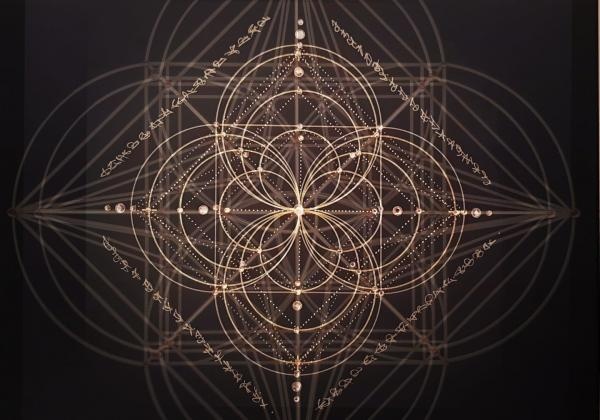 We have 1248 guests and no members online