The Essence of Our Creative Nature

The Collapse Of 3D

Category: Moving Into Awareness Friday, 13 May 2022 Written by Vital Frosi 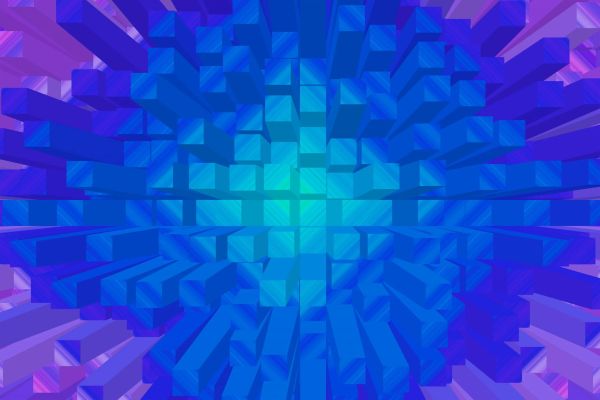 Planet Earth no longer vibrates in the Third Dimension. The minimum frequency range is in 4D, but it won't stay in that vibration for long either. It is already possible to feel the activations of 5D, 6D and 7D. Remembering that when the minimum base is in the Fifth Dimension, we will have 5 vibrational tracks on our Planet, that is, frequencies between 5D and 9D. That will be the energy of the New Earth.

This year 2022 will be a marker year as we leave the Third Dimension behind. Many now feel this shift in energies. The strange symptoms that most experience in their bodies, both physical and emotional, is a hallmark of this shift.

We don't know when 4D will also be left behind for good, but it shouldn't be long. Some references tell us there are 6 steps and we are now completing the 3rd. Let us hope, therefore, that after this current year, the world as we know it will no longer be the same energetically.

But it is necessary to understand that the vibration of the Planet and its kingdoms makes this transition naturally, independent of humanity. Gaia's consciousness predominates over the Planet itself, mainly over the mineral, plant and animal kingdoms, however, the human has its own consciousness as it belongs to a different classification of soul.

Endowed with his free will, he possesses the soul, a freedom of individual choices within this Terran school. This is the reason that makes all the difference within a Planetary Transition.

By virtue of this individuality of consciousness, while the Planet and its Realms no longer vibrate in 3D, most of humanity is still stuck in the old vibration. And this is causing what is called a 3D collapse.

There is no way for something to continue for a long time vibrating at a frequency that has ceased to exist. As everything is energy, this something will stop being supplied and, little by little, disappears as it dissolves naturally. This is how the evolution of worlds is understood.

In the infinite Universe, everything is constant motion. When something is stagnant for a long time, it collapses. So, if the Third Dimensional frequency no longer exists on this Planet, it is a matter of time before the adjustments are finalized.

It's already getting easier to understand the separation of the wheat and the chaff, isn't it? Remember that it has been written here many times: everyone will be where they should be. Everything is frequency and no one can be outside of it. Attraction, as well as repulsion, occurs through this attunement. One who also vibrates magnetically in the same waveband will remain on Earth 5D. Whoever doesn't reach such bands will be purged from the Planet.

The collapse of 3D will promote the total changes of all systems known so far. This change is called GESARA. Keep this word well because it will be more and more in evidence from now on. But it is necessary to understand that GESARA is the total change of all Systems, and not just of the Financial System as amuiria believes. Within GESARA there is also the QFS, which will deal with the financial itself.

When it comes to changes, many feel a chill in the Dorsal Spine. Man is by nature an aversion to change. But now there is no other alternative. Either change, or you will have serious difficulties that will be increasingly unbearable. But change is not just in everyday life; it is much more a CHANGE OF CONSCIOUSNESS.

Do today what you need to do today, but be aware that everything is changing. And when someone puts up resistance to such changes, they will inevitably collide with New Earth frequencies. Don't resist! Get in the flow and ride the crest of the wave that now rocks the Planet! Get in the swing of the highest energies and feel how rewarding it is to be part of the Planetary Transition!

Don't keep feeding what will cease to exist. Do not vibrate in fear or any other inferior emotion. Remember that everything follows the Divine Plan, and for this reason, God is in charge. But above all, know that the collapse of 3D was inevitable and so will 4D. The times have come and a New Age is already being felt, even if the eyes still cannot see.

I am Vital Frosi and my mission is enlightenment.