Turn Up Your Light! 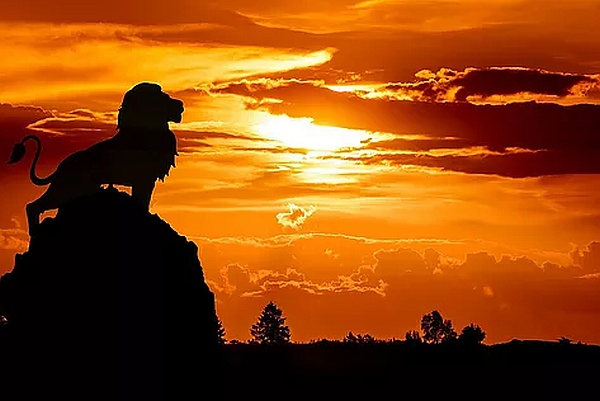 August feels like it is on fire right from the start! On August 1 (July 31 in the US) we had Mercury turn direct with the New Moon in Leo.

The overall message for this month feels very much to be “turn up your Light!”  Leo is the Lion, King (or Queen) of the jungle. This is a month to step up and stand up for what it is you want. This is going to mean a different thing for everyone. This could play out in your work life, career, business or finances, in your relationships, love life or with family. It could mean being more vocal about things you care about, or noticing where you no longer want to hide, or play it small.

Leo is connected to the Solar Plexus and the Sun, so power can come up as a theme this month especially connected to seeing your Light as Power. Seeing your Truth as Power. We’ve received all sorts of negative messages about what Power is – that it is dominating and controlling for example. Likewise we’ve also received some pretty diluted messages about what “Light” is – that it’s “spiritual” but has very little connection to life in the “real world.”  Your Light is who you are at a core, soul level. When you feel connected to your core, soul self, when you truly live life from this space, that is what healthy, authentic power looks like. It has nothing to do with having power over anyone outside of yourself. So remember this as you step up and stand up for what it is you want. Do it assertively, yet not aggressively.

Imagine yourself connected to your Light/Soul in a deeper way,

and living your life, your power and your truth from that space.

With each area you’ve written above,

how would it look were you to live from this space more often?

Either in your journal, or by closing your eyes and listening for inner guidance,

What is ONE thing I can do in each of these areas,

so that I am living more in alignment with who I know myself to truly be?

Leo is a fire sign, all about strength, courage and bravery and that is exactly what five New York Fire Commissioners are showing with their call for a new 9/11 Investigation. They unanimously passed a resolution claiming that “overwhelming evidence" of "pre-planted explosives and/or incendiaries"..."caused the destruction of the Three World Trade Center buildings.”

Mainstream media are not covering this.

As the Fire Commissioner says, it is time to bring Truth to Light.

Awakening is not just a personal, individual process. When awakened individuals gather together, our awakening changes our families, our communities, our workplaces, our societies, our media, our governments and eventually, our entire world. The more of us that speak truth, question what has been fed to us as truth, investigate, or even be open-minded enough to listen to what others have to say, the more that our personal and collective courage around truth is multiplied, amplified, strengthened and supported.

The Fire Commissioners’ call for a new investigation should be the leading story on all channels but it looks like only the alternative media are covering it. The majority of people have been under the illusion that the media are there to inform us. With mainstream media that's not the case. Today only FIVE corporations own 90% of US media (news and entertainment). Everyone under that umbrella is told what to say, what not to say, what to publish, what narrative to spin. It is a machine to influence social thought and behaviour. It hides truths much more than it tells truth.

“Events and stories are manipulated and repressed more regularly than we know, portrayed in a way to provide maximum television impact and encourage minimum social action and debate not in alignment with the agendas of the elite. Rather than serving the public interest of ‘right to know’, they instead serve the media’s need to make a profit, the corporate sponsor’s need to ensure information shown doesn’t conflict with their sales, profits and reputation, and the government’s need to retain control and influence.

The book Into the Buzzsaw: Leading journalists expose the myth of a free press is a plethora of mind-boggling accounts from respected well-known journalists, detailing how state and corporate interference has resulted in the muzzling of their stories. It is important to highlight, they are not talking about mere influence or preference being exerted on them, but what seems to be direct interference and pressure with uncomfortable consequences if not adhered to.”

Thankfully these days there are loads of alternatives from huge alternative news sites and you tube channels, to regular people posting links and stories on social media. Obviously, always use your discretion.

Turn up your Light!!

Return To Love ~ Teachings of the Masters