Saying Goodbye To Jupiter in Pisces

Saying Goodbye To Jupiter in Pisces 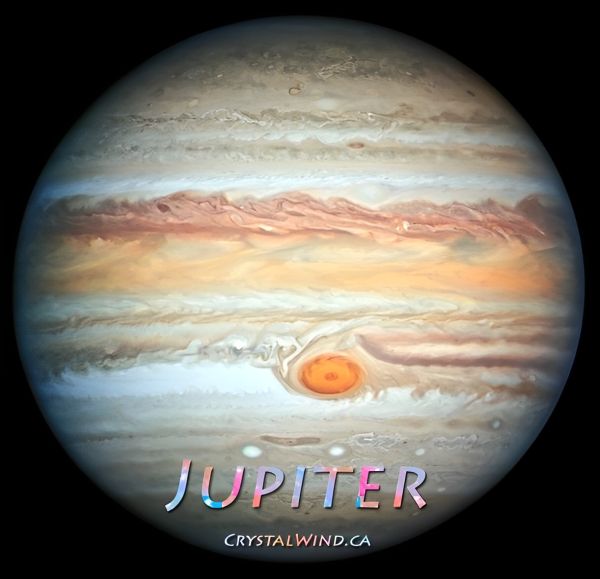 At 6:32 am PST on December 20, Jupiter leaves Pisces for the last time until 2033 and re-enters Aries. This will change the orientation of our Sagittarius and Pisces planets and sectors, with new adventures in consciousness beckoning based in the promise of the past 7 months. For now, we flow through the end of the end of the dreamscape of Jupiter in Pisces, putting the finishing touches on the dream we’ll be living within a few months.

A year and a half ago, I gave you an in-depth look at what Jupiter in Pisces would be all about in the post Jupiter in Pisces 2021-2022 – A Year of Expanding Our Ability to Feel All there is to Feel In it I offered that being a combination of Sagittarius and Pisces, Jupiter rules "the open sky" as well as "the vast depth." Jupiter symbolizes ever-expanding forms of Higher Truth as well as deep feelings we share with all other humans throughout time.

Jupiter is both Fire and Water, and Mutable by nature. In watery Scorpio from late 2017 through late 2018, Jupiter was in its element in a sign which gave Jupiter more stability and sticking power, holding energy in a “cocoon” until it broke out and broke free in Sagittarius in 2019. That greater freedom led us to a year of Jupiter in Capricorn in 2020, where it made a significant conjunction with Pluto before entering Aquarius in December of that year and conjuncting Saturn in the Grand Mutation at 1 Aquarius, ending 200 years of Earth energy and beginning 200 years of Air energy!

Jupiter gave us the first of a series of visions and transfigurations through May 2021, when it first entered Pisces. Jupiter got to 3 Pisces, a degree of realizing “indestructability.” That was our first dip in the vast collective waters of Jupiter in its home sign, where it stayed until it went back through late Aquarius between August and December 2021, fixing our path of personal transfiguration.

Except for its time in Aries between May and October, it’s been in Pisces all year. Jupiter operates naturally in Pisces because Jupiter finds its home in that sign. Jupiter’s naturally expansive feeling nature is very much at home in Pisces, giving it “room to roam” across boundless connected feelings with others. While Jupiter in Sagittarius roams and romps through the landscapes of life, Jupiter in Pisces swims through the ocean of life.

Now that we have the benefit of hindsight, let’s review the section of the linked article above titled:

What the Greatest of the Great Say About Jupiter in Pisces

Grant Lewi, in his masterwork Astrology For The Millions, says Jupiter in Pisces sees opportunities related to “our “private dreams of self-justification,” where we can reject many things if we don’t like what they are associated with. He states this positions is not “capricious or whimsical” in the slightest, despite appearances, where “every choice is related to a fixed code which no one may know about” except us, where it’s “crystal clear.” He states if this “code is big and unselfish, (our) whole life will be a miracle of service,” but if the code is “little and narrow,” the life will be one of service to self. He offers that “to be satisfied with that which also satisfies others is (our) key to success and happiness,” since it overcomes a tendency to introversion and “allows the genial Jupiterian qualities to shine for through the sign, which in its best manifestation, gives (us) the power to lose (ourselves) in large, humane ideals.”

Marc Edmund Jones, in his masterwork Astrology: How and Why It Works, says Jupiter in Pisces "indicates the development of a consciousness which is characteristically self-satisfied, and generous in is response to human relations.” It is motivated by “its own complete tolerance for experience with any given person,” and “is interested in the perfection of the ties” among people, and this person’s welfare “demands a continual chance for sympathy with the people around them.”

The signs of Sagittarius, Capricorn, Aquarius, and Pisces are the harvest third of the chart, where we enter transpersonal realms after the interactions of the previous third. These are where we find greater truths and vision, greater authorship and personal power, greater ideals and friendships, and greater understanding of the universal human condition. We began our journey through the final third of the zodiac in November 2018 and now stand at the end of that journey. What have you learned these past 4 years? What greater truths, possibilities, understanding, and opportunities to embrace a larger transpersonal vision have you encountered since then?

We have been on a quest for a greater vision, and since Jupiter entered Pisces in May 2021, we’ve been transfigured in significant ways and offered opportunities to swim in the depths and breadth of an expanded feeling capacity. Since May 2021 we’ve all been able to connect emotionally with ourselves, with others, and with all humans through all time as part of our training in a greater understanding of our part to play within a greater whole. We’ve all opened doors to a greater connection with others within our shared human-ness to the degree we expanded our feeling capacity, our compassion capacity, and our forgiveness capacity.

So for the next 5 days, take time to experience the depth of your connection with yourself, with others, with Nature, and with Source. We stand on the threshold of a new adventure which will unfold quickly. You have found a more ideal and compassionate role appropriate to your evolved sense of Self on your Life Quest. Face the future, ready to embrace the Fiery adventure of Jupiter moving forward at warp speed in Aries! (I’ll give you the articles on Jupiter in Aries soon.)

These are the voyagers of the Starship Aquariuspapers. “Its twenty year mission: To explore strange new worlds, to seek out new life and new civilizations, to boldly go where no man has gone before.” We’ve launched into inner and outer space, and now it’s time to coordinate with the Federation as we explore new interactions and connections in a wider view of Life and Light!