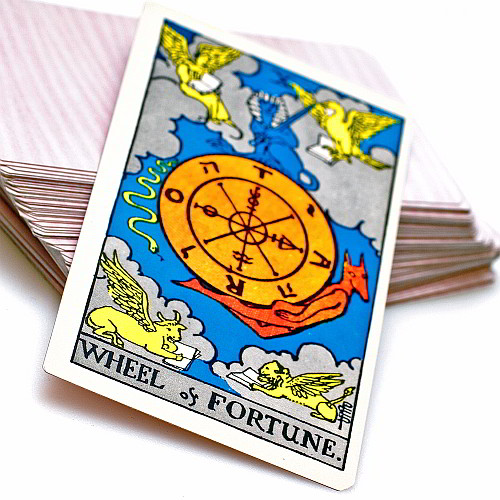 When I began reading the Tarot Decks back in 1973, I used the traditional readings. Later on, I studied Carl Jung and his analysis of using Tarot for the study of emotional and mental problems. The many students in my area were using the Major Arcana of Tarot Cards to do the analysis. After many years, I have finally discovered a mannerism to use the entire Tarot Deck for the ‘Healing Intuitive Reading’. In this reading, we examine five planes of health in a being. The heart and blood, the liver, pancreas, adrenals and kidneys, thymus, immune system and finally, the brain, are examined.

The Major and Minor Arcana

All areas in the reading are similar from the Minor Arcana and Major Arcana or trump cards. The numbered cards from Ace through Ten all have the same definition. Aces reflect the beginning of something new. This is not necessarily an illness but perhaps a dietary change or a lifestyle change. In any case, it discovers something new. Two through Ten merely defines the degree of intention within the situation, with Two being very mild and Ten reflecting a more serious problem. The court cards where the King and Queen reflect parents and genetic transfers or emotional and mental problems, are all the same. The Prince and Princess or whatever your deck depicts in the court cards are friends and co-workers who create challenges with emotional and mental blocks.

The Major Arcana are very different in that each card in each field has a different intention. The Major Arcana has within it cards that depict every planet in our solar system, including the Sun and Moon. It also has all twelve zodiac signs from the 0 of the Fool to 21 ‘The Universe’, which is the planet Saturn. Tarot is nothing more than the feminine interpretation of astrology and healing is a feminine activity. The Major Arcana will show up if something is going on. If none of these cards appear in any plane, the individual is relatively healthy but may have a pre-existing condition or a chronic condition under control. Most likely, the Major Arcana will appear somewhere and impact the reading.

Using the tarot as a diagnostic tool for healing is a very effective way to analyze the five planes of existence. We create a spread of cards that has five planes of three cards each. To begin this reading, start in the middle of the reading area and place three cards face down diagonally left to right so that the bottom right corner touches the upper right corner of the card below it. Then we move to the lower right of this center spread and place one card face down. We move to the upper right just beyond the center spread and place one card face down. Repeat this in the upper left area and the lower left area and then continue placing one card into each plane until all four areas have three cards each.

We turn the center area over first. This will represent the activity of the heart in the person. All Tarot decks have some form of ‘Pentacles’ which represents the element ‘Earth’. All decks have Swords or some facility representing ‘Air’. All decks have Wands or some facility reflecting the element ‘Fire’. All decks have some form of ‘Cups’ reflecting the element ‘Water’. All healing intuitive diagnosis is a combination of either Earth, which normally indicates a physical anomaly or existing manifested illness; Swords, which reflects a supporting mental disposition aiding the illness; Wands, which indicates the epletion of energy or compromising energetic position due to the illness; and Cups, the fluid environment being affected.

The diagnosis will often indicate a pre-cursor condition leading towards a potential illness. In this reading, we learn how to evaluate the hormonal balance, the endocrine system, the meridian system, and the universal life flow patterns in the body. We will also learn to sense the ‘free radical’ level in the body as well as DNA disruption levels. The sympathetic nervous system feeds generously into the Tarot to teach us about our clients. We will work on the basic premise that the client has a 90% chance of being too acidic in both dietary discipline and mental attitudes. The reading will further indicate light body energy and proximity to higher levels of conscious awareness.

We have 1134 guests and no members online