Tarot by Numbers: A Fast and Simple Way to Learn the Cards with Numerology

Tarot by Numbers: A Fast and Simple Way to Learn the Cards with Numerology 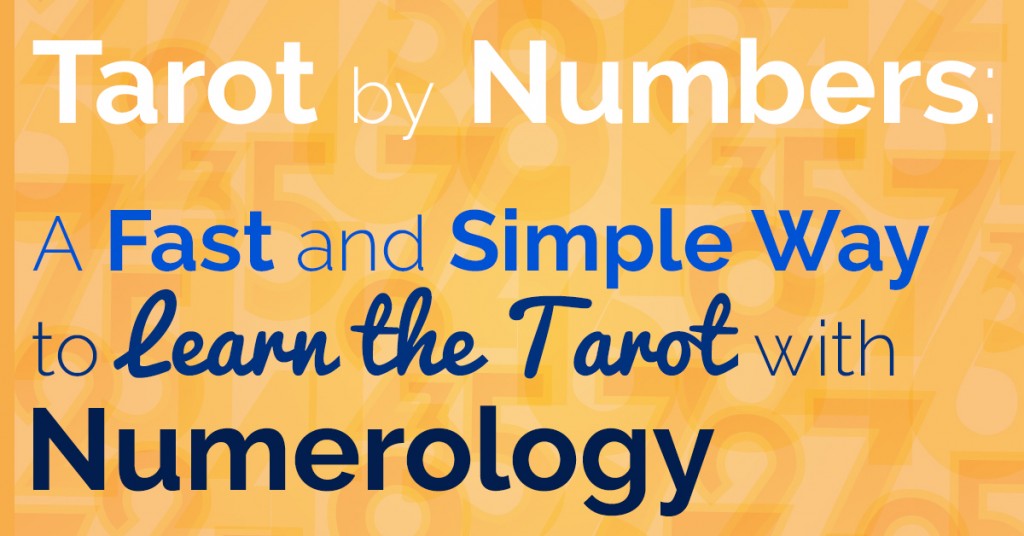 Have you ever wanted to learn to read Tarot, but were put off by having to memorise the 78 Tarot card meanings?!

What if I was to tell you that with just one simple technique, you could be reading Tarot faster than you can say “High Priestess”?

Here’s the secret. If you can learn the basics of what the numbers 1 to 10 mean, then you’ve got a head start with reading the Tarot cards.

You see, Tarot and numerology go hand-in-hand. Let me show you how.

The Numbers in the Minor Arcana

There are 56 Minor Arcana cards in the Tarot deck – 40 numbered cards and 16 Court Cards.

The 40 numbered cards are separated into 4 Suits – Cups, Pentacles, Swords and Wands, with each Suit running from Ace (1) to 10.

An easy way to get to know the 40 numbered cards of the Tarot is to learn basic numerology.

Here are a few keywords to get you started:

It also helps to know a little about each of the Suits in the Tarot: For example, the Five of Cups is about conflict (5) in love and relationships (Cups).

And Four of Pentacles is about stability (4) in finances (Pentacles).

See – I told you it would be easy!

Now, you might be wondering how to interpret the 16 Court Cards with numerology. Well, it isn’t quite as straight-forward because the Court Cards don’t traditionally have a numerological association.

For now, let’s jump into the Major Arcana cards.

The Numbers in the Major Arcana

You can apply the same ‘Tarot by numbers’ technique for the 22 cards of the Major Arcana.

Each card in between the Fool and the World has its own numerological association which means that you can apply what you know about the numbers to the Major Arcana Tarot cards.

You don’t have to know double-digit numerology either. For now, keep it simple and add together the numbers to interpret the single number. While single-digit numerology can be helpful, it can also help to understand the meanings of the numbers up until 21 to add extra depth to your Tarot card interpretations.

For example, Death is Card 13 and both Death and the number 13 relate to upheaval. 13 is also a Karmic Debt Number – a sign that we need to learn a life lesson in order to evolve spiritually.

So there you have it – you now have a simple and easy way to interpret the Tarot cards using basic numerology as your guide!

And if you want even more techniques to help you master the Tarot card meanings, then you’ll find them all in my online training program, TF1: Master the Tarot Card Meanings.

We have 1565 guests and no members online