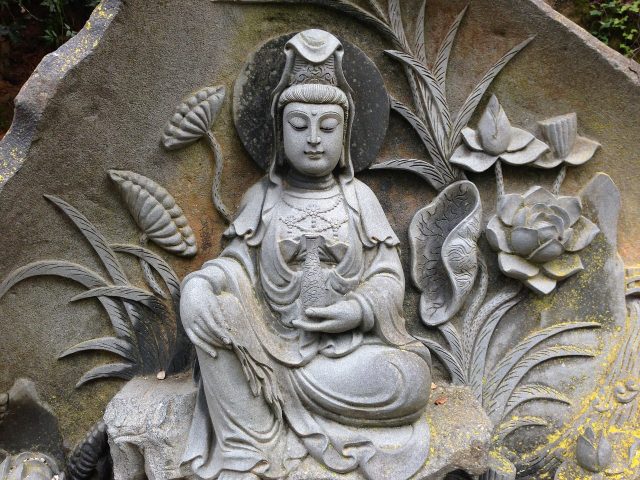 If you’re seeking some astrological background to the current moment please read my January update here and my Uranus in Taurus update here.

It goes without saying that we’re living amidst intense times. Fear is rife, isolation everywhere and contradictory information and opinion abounds, clarifying one minute, confusing the next. Communities are in lock-down (how easily that word has become an everyday utterance) and no one knows quite what happens next. A deepening unease is growing. Something in our world is very wrong which surpasses the apparent threat of physical disease. Rectification has long been needed on this planet and the current state of affairs is, in its own strange way, delivering it. Rivers are running clearer. The air is cleaner. Bird song can be heard in cities, usually drowned out by the roar of engines and machinery. Mother Nature continues business as usual, while the human race locks itself away. From our mass withdrawal, nature benefits. This tells us something we cannot ignore for a second longer. We have been a virus on this planet for way too long and must heal ourselves before it’s too late.

Despite first appearances, we live in a time of opportunity, of fundamental and irreversible change. Things are never quite as they seem, nor as clear cut as they first appear. Truths are surfacing, along with the fear. As is compassion, innovation and a deeper sense of community as a gathering stillness spreads across the globe. The pause button has been pushed. We are being reset. Imagine if this made 2020 the year the human race recognised so deeply our destructive force upon this planet that we collectively vowed to change right here, right now, and halt this unending march to destruction? Imagine all it took was this one global pause that brought us up short and opened every eye….

Current planetary activity certainly speaks of the potential for great challenge and deep healing in equal measure. Truth rises like a bubble, shattering the hardened surface of complacency or denial. No one expected to be where we are so quickly. Of course, many fear for their own life or the lives of loved ones right now, but amidst this planetary panic all efforts to hold the collective space and maintain clarity contribute calmer ripples to the global pool. Every moment of peace aids rebalancing of the collective scales.

Fear is also a virus, and a highly contagious one! We don’t even need to be in physical proximity to catch it. It passes through the airwaves and the internet, over the phone, in text messages and videos. Through the TV and radio. And it’s tough to build immunity to it. It seems the more exposed to it we are, the more fearful we become. That’s why it’s important to take extra care of ourselves and each other right now. To be gentle and kind, to consider those who struggle the most. For some isolation is a panacea that creates feelings of safety. For others, an existential threat to a fragile stability held in place by the grounding nature of social connections, now severed amidst a climate of uncertainty and fear.

We’re all part of the cause and the solution. The multifarious aspects of our world are so intertwined it isn’t possible to stand apart and claim no share in its fabric. Neptune still travelling through its own sign of Pisces reminds us we each arise from and return to the same source. We wrap our body and mind, heart and soul, around our presence and call it ‘me’. We feel ourselves as individuals, which we are at a relative level. But in the absolute we are simply parts of a whole, each uniquely fashioned to play its’ specific part. Reflection on this inter-connectedness is vital now, to counter any movement toward polarisation, ‘dog-eat-dog’ mentality or the alarming ‘every person for themselves’ approach which has emptied shop shelves and left the most vulnerable struggling to get by.

But with Jupiter about to conjunct Pluto (5th April 2020), both squared by Eris never has there been a more potent time for breakdown to become breakthrough or tragedy to become triumph. Unlike the single Saturn/Pluto conjunction of January 2020 this conjunction occurs three times (the next two being 30th June and 12th November 2020) reflecting a lengthier process of adjustment and recalibration than the sudden shift in January. Having arrived swiftly in our new Saturn/Pluto terrain we’re now in the orientation process, discovering how things work in this strange new world and just how influential we can be in its future shaping.

Jupiter speaks to us of learning through experience, of discovering the greater truths of this life through living it with an open heart and a mind to match. It reminds us there’s always more to know, to experience and to wonder at. Jupiter keeps us ever expanding, nudging us to explore beyond our comfort zone and embrace what we find there. It’s little wonder, then, that as Jupiter conjuncts Pluto – Lord of the Underworld – most people are feeling pushed to some degree or other outside of their personal safe zone!

Jupiter’s current alliance with Pluto begins a thirteen-year process of unearthing both the darkest aspects of humanity’s shadow and the most transformative energies available. In Capricorn, it affirms that pragmatic self-reliance is key to our journey ahead, whilst the North Node still in Cancer reminds us we are all part of the One Self, reliant upon each other too. What we do for each other we do for ourselves. Neither Jupiter nor Pluto would dream of giving their power away. And nor must we, especially not to fear. Which isn’t the same as denying or suppressing it. But we can know our feelings without giving them the final say on how we behave and the choices we make. Jupiter and Pluto invite us to discover just how expansive we can be around fear, just how vast we can become, giving it space to be without it defining all that we are.

We can all do this. But we can’t do it alone. We mustn’t let isolation define us nor let it deteriorate into fear and recrimination, blame or finger-pointing. Isolation is a behaviour, not a state of being. We’re all trying to get through this the best way we can and some may make mistakes. There will be differences of opinion about what’s needed, what’s happening and what to do about it. But still we are one and can join hands in spirit even when we can’t in the physical! Open hearts and expansive minds can prepare us to entertain new possibilities rather than calcify in fear.

Mars is conjunct Saturn in Aquarius with both trined by Venus at the first Jupiter/Pluto conjunction. Here we see the potential for innovation – a chance to birth sound and solid ideas about how to move us all forward out of this time of fear. If you’re stuck at home, perhaps it’s time to write that book you always said you would, work on that invention you’ve had in the offing forever, come up with a new business plan, rethink your career, write poetry, paint, dance, write some new jokes, pen a few letters, spring clean, dig the garden. Or simply spend time with yourself, in the quiet of isolation, listening to the still small voice within so often drowned out in the modern age. You may be surprised at what it says about these days.

This time makes mystics of us all, retreating into our inner worlds as we withdraw from the outer one. Who knows what will be revealed if we allow ourselves to settle into the stillness and silence, what pearls of wisdom await on the edge of awareness for a time such as this? Jupiter and Pluto have so much to reveal this year: great wisdom, deep truth and astounding potential. We mustn’t let the narrative of fear drown any of that out or blind us to the pure possibility of each moment. And even fear can be a wise teacher if we let it.

Mars conjunct Saturn in Aquarius tells us to hold our nerve and stay strong. We need a bold new perspective to move forward from here, not a return to the old ways once this time has passed.  We can only move forward. There is no other direction now. The world has changed in the blink of an eye, but we are the real change, waiting in the wings like caterpillars in a chrysalis. As the world retreats we liquify in our isolation chamber, awaiting re-emergence when the time is right. Jupiter and Pluto say it might be a while before we can stretch those wings, but when we do…oh my! What a beautiful sight they will be……

+ - Credit Click to collapse
© Sarah Varcas 2020. All Rights Reserved. Permission is granted to freely share this article in its entirety on the condition that full credit is given to the author, it is distributed freely and the URL www.astro-awakenings.co.uk is included.
Source Here
CrystalWind.ca is free to access and use.
Please donate a small gift of $11.11 or $22.22 or $33.33.
Thank you!
ॐ Namasté - Blessings!

Pulling Back the Curtain

Your Rituals & Our Favorite Spiritual Practice ∞The 9D Arcturian Council

Moving Beyond Your Fears of Change and Destruction - Archangel Michael