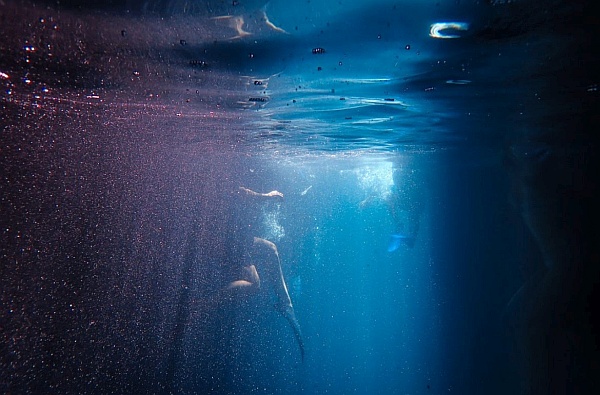 In a year that — so far — has brought us the Saturn/Pluto conjunction, a global pandemic, the impeachment of Tr*mp, the United Kingdom’s withdrawal from the European Union, Venus Retrograde in Gemini  and, last but not least, a long overdue global acknowledgment of the reality of systemic and institutional racism, two New Moons in Cancer in a row — one of which is an Eclipse — are probably not  going to stick out.

And yet, they both fit so seamlessly together into this frantic picture painted with utopian and dystopian tinges, almost like a punctuation pair that helps us disambiguating and articulating the inner process sparked by the current events. If it’s true that a new era is being birthed, it’s most likely one that requires upgraded individuals, with an increased capacity to care for one another,  an expanded heart and heightened emotional intelligence, the ability to empathize with the emotional responses of those whose lived experience differs from our own, an effortless capability to feel in our very bones and guts and Soul any injustice against another sentient being, committed in any part of the world, as it was a direct threat to our very own security and integrity. Perhaps, going through a single one rebirth is not enough. Nor would be a hundred ones, for some. Two, however, is a start.

The first Cancer New Moon arrives on June 21, at 8:15 AM UTC, 0°21 degrees of the sign, on the heels of the Summer Solstice, the longest day of the year (Winter Solstice in the Southern Emisphere). Regardless of the Emisphere you’re in, it will be a pivotal moment, like a turning of the tides. This New Moon in Cancer is also an annular solar eclipse, visible through central Africa, southern Asia, and China. A solar eclipse always occurs during a New Moon, when the Sun, Moon and Earth are aligned and a portion of the Earth is engulfed in a shadow cast by the Moon, which fully or partly blocks sunlight.

Eclipses are enshrouded in a prophetic, malevolent aura, due to the fact that ancient astrological texts classified them as chaotic, unfavourable events. There is most certainly an element of unpredictability about the energy of an Eclipse, but, sometimes, the acceleration of our reality towards its next level, or the forceful beginning of a new one, is not necessarily malefic.

Happening barely a degree away from the North Node in Gemini, in a perfect quincunx to retrograde Saturn in Aquarius, this New Moon /Eclipse cannot be disjointed from the current events — just like the personal can’t be really separated from the social and the political.

This New Moon in Cancer wants to crack our heart open, to make sure that the outdated structures that are breaking down all around us due to their lack of integrity are breaking down in ourselves as well. The internalized oppressor. The inner cop. The white supremacist in our head. The bigoted ancestor. And all the emotional ties that still bind us to them. A new future requires a renewed ability for emotional honesty, a willingness to recalibrate our emotions so that the inner blockages created by our (white) fragility an self-defensiveness can be surmounted, giving way to authentic empathy and radical, unfettered care.

It’s an opportunity to understand and transform all that keeps us from establishing nurturing, heart-based connections with the humanity that surrounds us, from the place of humanness we carry in our heart; a process that is facilitated by Retrograde Mercury in the same sign (which, it’s worth noting, will form a trine to Ceres in Pisces under this New Moon). It’s safe to say that the way we connect, empathize and relate to the feelings of other people will never be the same again, because most of us have never quite accepted to see themselves under the unforgiving light of their privilege and apathy, acknowledging the way both get in the way of comprehension and receptiveness. The atomic potency of Jupiter in conjunction with Pluto in Capricorn will be fully operative underneath this New Moon, adding to the magnitude of the event with its background noise of reverberated disintegration cutting straight to the heart of our perception.

Too, Jupiter and Pluto will form a sextile to Mars in Pisces — the ripple effect created by a senseless act of violence that has brought humanity together in a tidal wave of protests and outrage — which, in turn, will make a loose but applying square to the Nodal Axis and a dislocated square to the New Moon / Eclipse itself. The tide is, indeed, turning, but the future is only within reach as long as we keep adding to that tide with our individual drops of awareness and action. The initial discomfort we might feel in pulling apart the crust that has sedimented around our heart, in feeling naked and deprived of our defences, is nothing compared to the fullness we will experience once the lack of limits will allow our hearts to grow big enough to take the whole world in.

Please consider contributing to the GoFundMe of Darnella Frazier, the brave young woman that filmed the murder of George Floyd. She deserves psychological support and healing.

Click here to make a donation that will be split between different community bail funds across the USA to show support for the protesters.