The Saturn/Pluto Conjunction of January 2020 - Disobedience

The Saturn/Pluto Conjunction of January 2020 - Disobedience 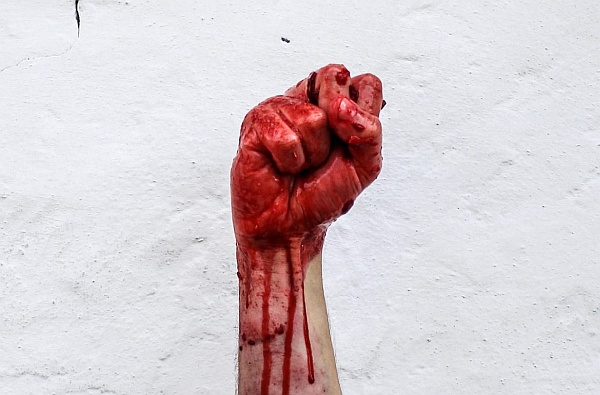 If we want to understand power, the way it operates in social institutions, through cultural constructs, in the life of single individuals, we probably need to look no further than the work of Michel Foucault.

Power is basically Foucault’s signature word, a cornerstone of his whole discourse. Throughout his activity, the French-born philosopher, historian and social theorist has primarily addressed power as a dynamic, ubiquitous force, a form of social control that is inextricably linked to knowledge — hence the neologism power-knowledge.

Foucault understood power as something that is based on knowledge, makes use of knowledge and reproduces knowledge according to its own aims. Yet, the French thinker refused to crystallize power into an overarching theory, to define it once and for all, precisely because power is not a fixed entity with an essence. It’s changeable, manifold, subjected to shifts and underhanded evolution.

It’s precisely this occult, mutable nature that makes power, any form of power, effective: it produces normalizations, adaptations, ideas, subtly getting a hold on our unaware minds. Our automatisms and ignorance make us easy subjects to discipline.

“Power is all the more cunning because its basic forms can change in response to our efforts to free ourselves from its grip.” Aeon.co

You may be asking yourself what’s this got to do with January 2020’s Saturn/Pluto conjunction in Capricorn, and why I’m bringing up the theories of a French sociologist to illustrate this planetary alignment.

Well, to me, it’s impossible to look at this conjunction and not see Foucaultian concepts written all over it. Discipline. Correction. Social control. And yes, power: the anonymous, ubiquitous force that regulates our lives, standardizing our relationships, our habits, our sexual practices  and our way of thinking.

Only that this time, the faces of the Leviathan are being unveiled, acknowledged, called by their names. The Hydra of power is rearing its many, ugly heads — tyranny, bondage, corruption, abuse. What was once concealed, obscured, is slowly acquiring a very tangible consistence, and by the time Saturn meets Pluto in the skies, it will be in plain sight.

The exact conjunction between Pluto and Saturn will happen on January 12, 2020, at 22°45 in the sign of Capricorn, even though the very aspect has been within orb of influence for a while. If you are even the least bit aware of what is currently happening in the world, you may have noticed this energy emerging to our consciousness with violent, almost destructive vehemence: the massive surge in global protests (Lebanon, Chile, Hong Kong, Iraq, just to name a few), almost always handled in brutal, unwarranted ways by the respective governments; Turkey’s offensive against the polyethnic, anticapitalist region of Rojava, in northeastern Syria; climate strikes and criticism towards corporations’ irresponsible use of resources; the rise of racism and antisemitism here in Italy, where Holocaust survivor Liliana Segre had to be put under guard after receiving death threats; last but not least, Tr*mp’s impeachment inquiry is making the headlines as we speak.

I’m not a mundane astrologer — even though I firmly believe in the interconnection between personal, spiritual and political —, but these large-scale events have a lot to tell us about the ways this planetary alignment is going to play out in our personal lives, and the large-scale events mentioned above are proof that unchecked power is coming to the forefront, becoming blatant, manifest, undeniable.

Saturn is matter, restraint, discipline; Pluto is bondage, control, the very planetary embodiment of Foucaultian power: hidden yet coercive. But Saturn crystallizes into form, and Pluto shatters Saturn’s seals. Saturn pulls Pluto out of the darkness, and Pluto enforces Saturn’s authority. Capricorn represents the context where these dynamics take place: social hierarchies and structures, with their increasing divides between those who have wealth, privilege and agency, and those who do not.

But then again, if the misuse of power becomes radicalized, so do resistance, solidarity, and forms of organization between individuals. What we name and acknowledge, we can transform. We are no longer going along with toxicity, subjugation, injustice, chronic spiritual starvation, no longer numbing ourselves down with soulless entertainment, addictions and consumerism to cope with the structural violence that surrounds us.

We can become the Plutonian wrecking ball to Saturn’s obsolete hierarchies and echelons; we can also embody the Saturnian principle that keeps the Plutonian sovereignty in check. We can be both, and dismantle outworn, ethically bankrupt structures to rebuild them anew. And we can do it on multiple levels, addressing both the micro-powers that shape our individual existence and the macro-powers that discipline the collective. Not that the two aren’t closely connected anyway: just think about how the daily lives of people can look dramatically different depending on their status in our neoliberist society.

In this sense, the Saturn/Pluto conjunction of January 2020 represents a once-in-a-lifetime opportunity to lay the foundations for a more sustainable and dignified  existence; for us, for everybody. A chance to heal legacies of injustice-based trauma, to channel the suppressed rage inherited from our ancestors into our very own personal revolution.  To start saying ‘no’ to what makes us feel trapped, powerless, exploited, undervalued; to embrace our own share of responsibility in shaping our own life and our community.

We can only do this the Saturn/Pluto way, of course: digging deep, drawing firm lines, accepting the consequences of our choices and devise specific, methodical steps towards our goal.

Jupiter in Capricorn is everything but a secondary element to this scenario: the Great Benefic emphasizes the need to share our stories, to broadcast, to educate — to spread our messages and share our narrative, so that they can be inspirational to others and fit into the bigger picture together with other small yet relevant fragments.

It’s crucial that we keep power from shapeshifting once more, co-opting our struggle, commodifying our rage and training us back into submission. Remember Foucault. Where there is knowledge, there is power.

If you want to know how the Saturn/Pluto conjunction of January 2020 will impact you, you can request a personalized astrological consultation.

We have 1641 guests and no members online