Telepathic Communication Between Two People
A+ A A-

Orion (Past) Black League Patterning: Card of the Month - October 2018 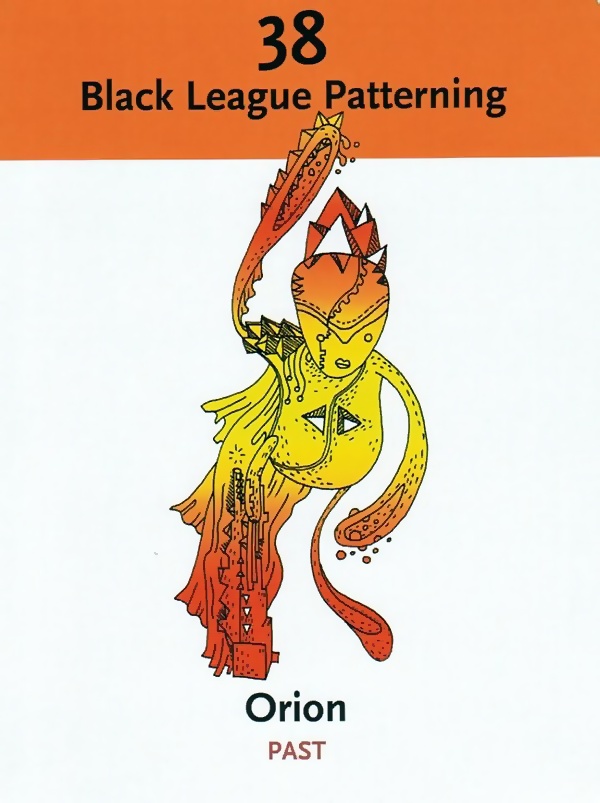 The important lesson that came from this drama was that one cannot fight fire with fire because it only creates more fire. In order to step outside of polarity, one must first stop fueling it. This is a significant lesson that most species have to learn as they mature. It is also one of the most difficult challenges because it requires a fundamental shift in consciousness that is not easy to make. Polarity is seductive and addictive. Choosing a side and empowering it is a lower emotional need that helps less mature humans feel they have a purpose, and that they belong to something greater than themselves. With younger species, it is a natural part of evolution. However, this addictive tendency to polarize must be relinquished as a species matures.

On Earth now, you are seeing what appears to be more polarization than ever before. These phases of intense polarization also arise naturally as a species matures. These spurts of deep polarization can be seen as windows of opportunity for the species and individuals to make new choices and heal the addiction that causes the most suffering on your world. Therefore it becomes important to look at yourselves closely and ask yourself the question, “Where am I polarizing on both the external and internal levels?” True nonjudgmental self-observation in this regard can free you from your inner terrorists – polarized thoughts that lead to polarized actions.

Regarding external polarization, take a look at the groups you are a part of, the news that you watch, the opinions that you express, and more. Are they one-sided? This is extremely hard to see in yourself unless you are willing to be honest. Do they imply that only your views are the right ones or that you are the only one “awake?”  Do those mindsets accuse other groups of exactly the same thing you are doing? There have been brain studies that show that the challenge to one’s belief systems creates panic and sometimes violent resistance to change. This does not bode well for a society that is trying to evolve. At some point, letting go of one’s ingrained beliefs has to be more important than fighting for them. That is not an easy choice, since even neuroscience supports clinging to beliefs for dear life!

We know many of you reading this might be activists for a variety of social issues. While this is another topic to be discussed in the future, please know that there is a fine line between supporting women’s rights (because it fills your heart with joy to do so) and criticizing the “evil patriarchy” (which generally spreads judgmental energy far and wide). The key is motivation – joy or judgment? That internal (often hidden) motivation will dictate the level of polarization that you experience because of the reflective nature of the universe.

Internal polarization is even more insidious and harder to see. This internal polarization, which usually comes from unhealed and unaddressed wounds from this life, other lives, or even back to original separation, is what keeps polarized belief systems in place. Internal polarization is judgment and aggression toward self rather than the outside world and it is often unconscious. These habits of self-shaming, self-judgment, self-hatred are deeply ingrained and can only be sustained in a polarized reality. As you all know, things are changing. As your species evolves, this deep state of internal and external polarization cannot be sustained. This is what many are feeling now – a squeezing of the emotional body that results in anxiety, depression, panic, and confusion. There is a realignment occurring that will move you more toward equilibrium. But this shift cannot occur without your cooperation and willingness to let go of habitualized mental and emotional patterns.

This text is not meant to expound on the doom and gloom of polarity! It is actually meant to be encouraging – to show you that shifts are on the horizon but you have to act in partnership with the changing energy. It is important to understand the dynamics of polarity on the internal and external levels and how easy it is to be seduced into polarized thoughts and actions. But you don’t have to be forever seduced. As you look within, into the dark places that don’t want to be seen, you have the capability to see where you have polarized your thoughts and beliefs, especially about yourself. This is a key to your freedom. Own those wounds. See how they have shaped your reality. Once you do (without judgment), you unlock the door to a new path that represents the journey into your integrated self. Your inner healing will be reflected in the outer reality, and a new world is born.

www.lyssaroyal.net | www.solischool.org
For more information about the card meanings, go to Lyssa's YouTube channel here
Lyssa Royal Holt has been a seminar leader, channel, and author since 1985. She is the co-director, with her husband Ronald Holt, of Seed of Life Institute LLC and the SOLi School, an organization whose primary purpose is to assist individuals to understand the nature of consciousness and to put this understanding into practice in daily life – providing a road map to the process of realizing the true Awareness beyond the human identity.
Source
CrystalWind.ca is free to access and use.
Please donate a small gift of $11.11 or $22.22 or $33.33.
Thank you!
ॐ Namasté - Blessings!