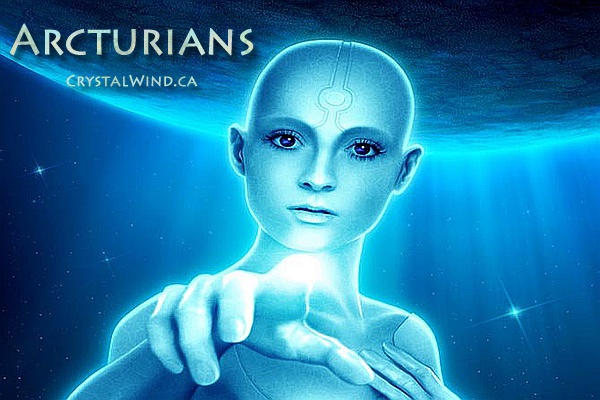 Spirit Guides Are Those Who Have Demonstrated Greater Wisdom And A Higher Frequency. They Are Assigned To Souls Who Are Working To Attain Their Own Freedom In The Light.

Juluionno Discusses of the Fourth and Fifth Dimensions:

Juluionno apparently wanted to add more information to his transmission, so this time he initiated the questions himself. We suggest you ask this question: "What is the nature of the fourth and fifth dimensions?" You asked a similar question, and we would like to elaborate on this further. Is this permissible?

The nature of the fourth and fifth dimensions is the process of learning. One can learn the path of evolution of a soul by the journey of moving through the various dimensions of the universes.

The fourth dimension has been coming to the Earth since the time of Jesus. He came to the planet to introduce the quality of the fourth dimension. That quality is the journey inward and the expression of love. He taught all souls to love each other as they love themselves. In preparation for this new journey that is to come for many on your planet, He also taught that they must forgive. These are the two major qualities the fourth dimension imparts to the inhabitants of Earth. When one masters these, they alter the vibrational frequency that prepares them for the fifth dimension, which is that of the manifestation through thought. The electron force of the Great Central Sun, which is God, is that force which is equivalent to "The Father Within Me." This very famous quote is another from our dearest Brother in the Light, Jesus. He came to teach that all people must learn love and forgiveness (the fourth dimension) before they can master the fifth dimension, which is the ability to manifest things using the force of love. With this new introduction, I am ready to answer any more questions you may have on this topic.

HOW LONG WILL IT TAKE FOR EVERYONE ON EARTH TO ACCESS THE FOURTH DIMENSION FULLY?

Life is eternal. Does that answer your question?

YES. ARE THE DISEMBODIED SOULS AND SPIRIT GUIDES A PART OF THE FOURTH DIMENSION?

The disembodied souls to whom you refer are not a part of the fourth dimension. They are considered to be a part of the Earth plane, and the astral plane that is connected to the Earth.

ARE DISEMBODIED SOULS AND SPIRIT GUIDES THE SAME THING?

They can be, but sometimes are not. A disembodied soul, within the progression of the soul, can obtain a higher frequency and become a guide to a living person on the Earth plane. Many disembodied souls around the Earth plane are still attached to the gravitational pull of the third dimension. They have difficulty rising above this frequency. They are often trapped between the dimensions, and find it difficult to understand where their path lies.

Spirit guides are those who have demonstrated greater wisdom and a higher frequency. They are assigned to souls who are working to attain their own freedom in the Light. They are in the position of guiding. The astral plane souls, who are mischievous or confused, often will interfere with an individual's path to the Light. They seldom try to help. Instead, they try to relive their own desires through the soul on the Earth plane.

WE THOUGHT SPIRIT GUIDES WERE ON A HIGHER FREQUENCY. ARE THEY ONLY ON THE FOURTH DIMENSION?

Spirit guides have access to many dimensions. The higher the frequency of a soul, the more dimensions it can access with ease. It is only souls who vibrate at a very low level who have difficulty accessing dimensions that are on a higher frequency. Does this answer your question?

ON WHAT DIMENSION DO THE ASCENDED MASTERS RESIDE?

The Ascended Masters reside mainly on the seventh level and higher. They, however, can access all, just as we described a moment ago. They can move with the grace and swiftness of thought, and pour out their love to all of God's creation. They are every living creature's best friends, but so few understand this on the Earth plane. No matter at which level souls reside, the Ascended Masters do welcome them to their hearts.

AT APPROXIMATELY WHAT TIME WILL THE EARTH BE GROUNDED IN THE FIFTH DIMENSION?

The time period you wish for me to convey is not my projection, but a projection only the inhabitants of Earth can make. The reason for this is that this transitional period of cleansing has to be completed before the Earth will be stabilized in the new energies of love and understanding for all. Out of this higher frequency of love and Light will come manifestation by thought, which will be powered by the minds of the humans who are the masters on Earth. In this state of being, all things will come to pass. It will be perfect.

If I could make a projection, I would say that it will come within the next fifty Earth years. If I am wrong, it is only because I cannot predict the emotional patterns of free will that constitute the human consciousness. I would like to say tomorrow. If I did, I fear I would be quoted as another prophet who did not see the vision accurately. I can only say we see collectively that it is written, and will come to be.

WHAT LIES BEYOND THE FIFTH DIMENSION?

In the sixth dimension the powers of manifestation are increased to a point of brilliance. In the fifth dimension, the curriculum is such that the electron force is just beginning to be used. In this use of it, the Being who manifests is also a Being who is competent, loving, wise, honorable, and patient. In the sixth dimension, we add other qualities. The rays or emissions that emanate from a Being who graces the sixth dimension and higher are so intense that they can disintegrate the highest of frequencies that are known to the planet Earth. Entire universes understand the electron flow coming from these Beings, for they are the -creators of those universes. They use color and sound frequencies in a manner that would be totally foreign to your minds. It even would be difficult for us to pass this information down to you in the form of analogies. We could try, if you desire. Please remember, even we do not have the total picture of the existence, for that is our destiny. We will always be just one step ahead of our Earth brothers and sisters in leading the way on the path of evolution.

I can tell you what we have been told, and nothing more. Also, much of what I have revealed comes from our Magnificent Chamber for Manifestation, that is described in the chapter on the Starship. That is where I received this information. The Ascended Masters reveal this information to us at times, as well.