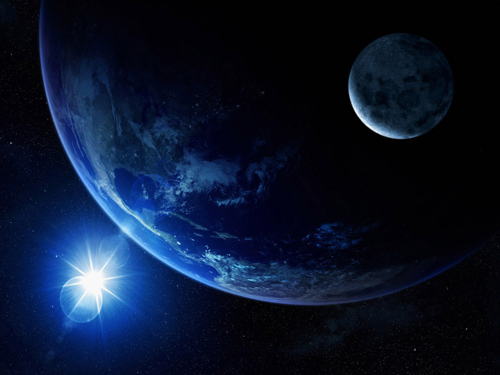 This is the last post on the introduction to starseeds series. We have seen various types of starseed souls - souls that have been to other star systems before incarnating on this Earth. In this article we review parallels and earth souls.

Parallels come from various parallel worlds. Parallel worlds are not higher dimensions; they are parallel to our world. Sometimes our Higher Selves infuse not just one soul but multiple souls to be incarnated in multiple parallel worlds simultaneously. This is called simultaneous incarnations. Theoretically, this promotes faster learning. It’s like doing multiple sets of simulation games simultaneously. I say “theoretically” because I don’t believe this is always the case. Learning depends not only on the quantity of experiences we go through but also on the quality of learning we do through each experience.

Some beings in the parallel worlds choose to incarnate in this world for the time being. They usually leave a small part of their soul back in their original world so that they can track it back home. While soul fragmentation is a big problem for other souls, this is normal for parallels.

Parallels are quite rare, to the best of my knowledge. I have only seen a few true Parallels in my Akashic Record Reading service. And because they come from not just one but various parallel worlds, it’s difficult to draw common characteristics. Perhaps the only commonality among Parallels is they have a unique perspective and way of living from the rest of the us. I assume sense of misfit may be the biggest challenge for Parallels living in this world.

Last but not least, about Earth souls. Earth souls are those who have never been to other star systems, souls who start their incarnated life on this planet Earth. Traditionally, Earth souls are considered to be underdeveloped spiritually. However, this is the new era and I have had to update my understanding of Earth souls as I meet more and more of them in my practice.

Earth souls are the majority of the population. As such a large group, there are considerable varieties among Earth souls. Some Earth souls have developed their spirituality enough to the point that they see themselves as spiritual beings beyond the physical existence — this is why an increasing number of Earth souls are coming to Akashic Record Reading. (Yet, the vast majority of my clients are starseeds.)

On the other hand, many Earth souls remain to be underdeveloped and live a simple life. There is nothing wrong about this. They are the salt of the Earth.

I would also like to mention some of my most successful clients are Earth souls. In order to succeed in this world, it would help to put all the attention in one endeavor — typically the career — and Earth souls’ single mindedness is a plus in this. So while starseeds wonder the meaning of life and seek to live their life purpose, Earth souls can put all their energy into their career and get ahead.

I am excited to watch the progress of Earth souls’ spiritual growth. Starseeds have been the leaders in many ways, guiding the Earth souls to their growth. In this time of Ascension, I’d like to think Earth souls are ready to take some initiatives.

I hope this starseeds series helped you see the unique gifts and strengths each group bring to this world. We don’t need to be someone we are not to make a contribution to this world. Rather, we want to develop fully to our potential. At the same time, we want to encourage others do the same, and we can only do that when we nurture our own innate gifts and see the unique gifts others have within them.