Archangel Uriel - Are You Ready for Equality? 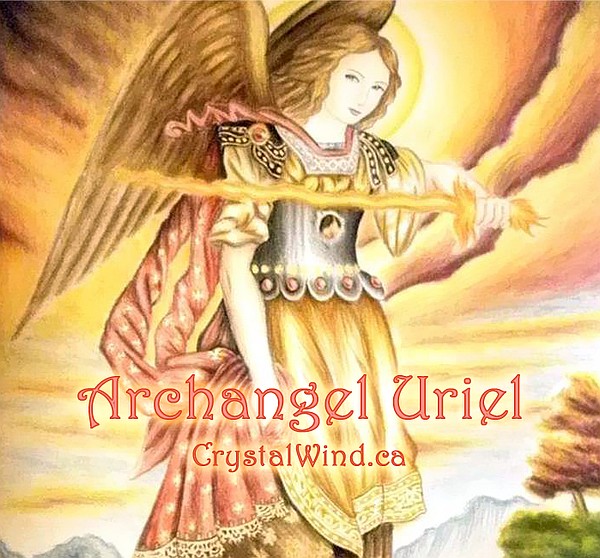 To all the brothers of this beautiful blue planet! I'M URIEL!

Your planet will change; it will change in the concept, in the form, in the way that each one of you has access to things. Of course, we don't expect, and we know it won't be, an easy and smooth transition. The imbalance will reign for a long time, because those who never had access to anything will get lost in the midst of so much abundance, they won't know how to control themselves, they won't know how to live as educated beings, as you say. It will bring a lot of disharmony, a lot of anger, a lot of discord.

So I say to each one of you: You are in a desert, dying of thirst, of hunger. And suddenly, you see in front of you a big oasis, with lots of fruits, lots of water. What would you do? You would be extremely polite and you would take water calmly, you would just take a fruit, because you are extremely polite; Or would you let your body get fed up with it all? You will need to have a lot of common sense so that there is no judgment. They will be satisfied for a long time, until that first moment is over and they are satisfied. And balance reigns again in their bodies, in their lives. So who are you to tell them, to be restrained, to have the supposed education that you cherish so much?

So let's go to the opposite side. Those who have always ruled this planet, just filling their pockets, accumulating more and more wealth to the detriment of the planet's hunger and misery, will lose everything. Because not just because they are who they are, but because they continue to perpetuate the same movement as their ancestors, without changing a comma. How will they accept all this? Easily, docilely, without complaining? Who will be more desperate, who has always lived in arrogance, in pride or who has never had anything and suddenly finds it? Who will be more unbalanced?

If we could divide between groups, I would say that there are only two: Those who have never had anything are at one end, those who have always had everything are at the other end. And those who are closest to the center are those who never cared about having it, they only cared about living, about helping the other; material possessions were never a concern for these people.

So there aren't three groups, there are only two, where as these groups get closer to the center, equilibrium happens. The further away from the center, the greater the imbalance. What group are you in? You think you are very deserving of everything you've built so far, and I agree, if it was built with sweat, with toil, with love, you've earned it. Now all that was obtained in unlawful ways, what will happen? There is no judgment on our part, we will not be stamping which side you are on, nor will we be putting each of you on one side or the other. You will be at the product point of your walks. Only that.

So those who deserve it, will get closer and closer to the middle, to the point of balance, not caring about material goods. There is something that you still don't understand, nothing belongs to anyone, this is a concept that was brought from the rulers of your planet: possession, property. Now, does anyone take anything when they lose their physical clothes? Then nothing is yours; if it were, you would take it with you, it's property. Your soul takes only what it has lived, what it has provoked, what it has received. What is matter, stays. It's for the descendants, it's for the others. And with this argument, those powerful found themselves in the right to dominate the entire planet, not caring if at the other end there is someone who is starving.

Don't judge everyone by the same weight. If you are born in a hostile environment, where there is no job, where there is nothing to eat, is the one who is living there guilty of something? Or is it a lesson from your own soul to go through all that? And as a consequence, it is a lesson in the solidarity of the other brothers. The big goal should be everyone on the same level. If someone is hungry, no matter the reason for that hunger, I will give them something to eat.

It doesn't matter if he got poor because he lost everything in a poorly planned action, it doesn't matter, it was part of his journey to get that deep. And why do you judge him and do not help him? “No, he needs to learn!” So is starving yourself something that has to be learned? Father/Mother God did not create human beings to starve. ́Of course, the journey of some leads to this, but it is up to others to feed that brother. Whether he will be grateful or not is not yours to judge. Just be sympathetic. Only that.

There is a weak spot on your planet: the energy of money. And she is the one who will make all the change, she is the one who will bring the New World, because everything is based on this energy that has been misused for a long time. But that soon, this will all end and a new financial system will come to eliminate inequalities. Each one will receive the merit of his journey and each one will lose what is the product of his journey. There will be no collusions, agreements, frauds… this is over. And it's no use trying to hide, it's no use trying to be careful, because everything will change.

What is the feeling being put into this change? The joy of knowing that no one else on the planet will be starving, or the worry of what will be lost? And has another point, or the greed of what will be gained? How do you place yourself in this process? How do you understand equality?

Each one will have the product of their soul journey, not of this life, of soul. And it may be, of course, surprising to many.