Channeled Message - Friendship Loss?
A+ A A- 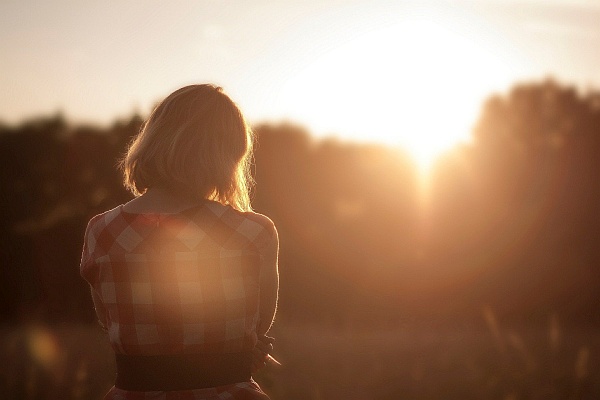 You are discovering you do not react as you have in the past. Another difference you have perhaps yet to note is you are becoming more self-sufficient and courageous.

Perhaps you are saying, “No,” as others try to have you meet their needs. Perhaps you are not bothering with former niceties. Or perhaps you are no longer interested in areas that used to interest you. It does not matter how you display your independence and courage, for the end-product is the same for all – the freedom to be.

This first holiday season of freedom is likely confusing. For many of you are questioning your former and current actions, as well as the actions of others. You are deciding which, if any, of your holiday traditions hold enough interest for you to continue. At the same time, others are pressuring you to be who you used to be.

Even though this is not an easy time, you have prepared for years, perhaps decades. Part of you is fighting with yourself, and another part is fighting against the traditions that now mean little to you. So it continues with the December energies encouraging you to be you in all your glory.

Maybe you are concerned that your friendship pool has become so small you are not completely comfortable with new you. Even though you have become an independent human angel, you maintain the human trait of wishing to interact with others lovingly. Such is not necessarily true for all human angels. But for many of you, friendship has become a concern.

You will create new interactions with those of like mind and discover new friends in the most unlikely places. But such information does not appease your current feelings of loneliness, of having to start over in the friendship realm.

We assure you that your friendship or relationship concerns will be circumvented in the coming months. For 2020 was about discovering yourself outside the social milieu. But then, not everyone self-isolated. By continuing their life as it was, those individuals missed some of the freedoms you developed.

That is not to say those not self-isolating are terrible people, merely that they were given a “get-out-of-jail-free” card they opted not to use. Does such a statement mean they are less spiritual than you? No, merely that they have opted for a more difficult road. Even though they helped create the en masse stop that was 2020, they did not take advantage of that stop.

So it is some of your friends, or former friends are at a different place than those of you utilizing this year of solitude. And because they are at a different place, you likely do not have as much in common. Which is neither good nor bad, just different. A difference that might be difficult for some time as you flit from one interest to another. A bit like deciding at age 12 you are not interested in playing with an 8-year-old. Once you and the 8-year-old are both in your 30s. that age difference will mean little. And so it might be for those who opted not to utilize this year of solitude. They will need to double-task for a bit to catch-up to your freedom base.

Those who did not take advantage of 2020 will expect you to be who you were, for they are mostly who they were when the year began. Such is neither good nor bad, just how they followed their path. For some of those who did not embrace this year of solitude, it was a badge of honor that they did not. Just as was true for those of you who did. So for much of 2021, it is unlikely you will have much in common.

That last statement is not written in stone, but instead an observation of probabilities. So it is you will likely mourn what was – just as you might have when you left your childhood interests behind. At the same time, you will look forward to the possibilities of your new life and forge new friendships.

That last thought might seem depressing to many of you, for you value your friendships. But just as you are different, so are your interests and interactions. You are more confident in your being and your direction. So even if friends used this year of solitude similar to what was true for you, you still may be on such different paths as not to intersect again.

Which is no different than many of those persons with whom you attended grammar school. In all likelihood, you now have little in common with them, for your 3D adult path was different than theirs. You have the commonality of your school, but not enough other commonalities to maintain more than a passing relationship. Such did not affect your 3D life, nor your transition. So it will be for you as you move through 2021 and beyond.

You have evolved beyond expectations – what was and who you were are no longer. So those who are not interested in similar areas or on a different time track may not hold great interest for you. But there will be others who help you sparkle with joy and laughter. You are entering a dramatic new phase of your being. A phase that has never happened en masse on the earth before.

You are new. The earth is new. And your friendships will likely shift as a result. Allow that to be. And allow yourself to know that you will not be alone – if you flow into your new being, instead of stalling the inevitable to maintain friendships that no longer – and may never again – sparkle for you. So be it. Amen.

+ - Credit Click to collapse
Copyright © 2009-2020, Brenda Hoffman. All rights reserved. www.LifeTapestryCreations.com. Feel free to share this content with others, post on your blog, add to your newsletter, etc. But please keep the integrity of this article by including the author: Brenda Hoffman & source website link: www.LifeTapestryCreations.com
Source Here
CrystalWind.ca is free to access and use.
Please support us with a small gift of $11.11 or $22.22 or $33.33.
Thank you!
ॐ Namasté - Blessings!