Galactic Federation: The Final Phase Of The Shift 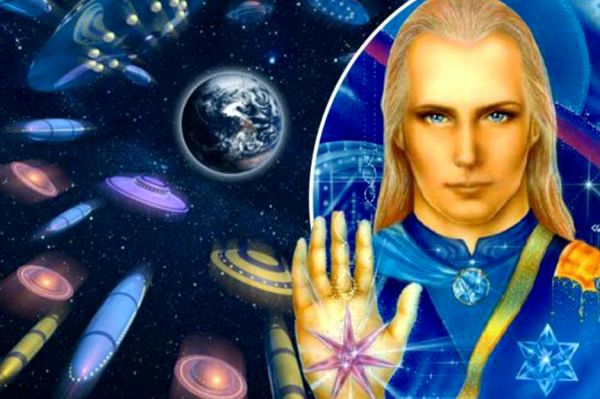 DancingDolphin: I would like to speak about the Ashtar Command, is that OK with you?

DD:  Thank you!  OK, this past week some disturbing information was released from two sources in Spiritual circles regarding the Ashtar Command and how it does not contact people on Gaia—period.  Supposedly, anyone who has had contact with Ashtar or has received a message from Ashtar has been duped and is part of a psy-op program to spread fear-based messages.

I take offense to this for many reasons:

Could you please give us your perspective, dear H.S.?

HS:  I see that this has you upset, and I understand. This topic is, of course, very sensitive and personal for you. I would love to speak with you about this tonight!

As you learned many years ago in 1997, when you first read about the Ashtar Command, they are the military arm of the Galactic Federation and are headed up by Ashtar and Sananda. “Ashtar” is indeed his title, not his name. And Sananda is there (in one of his many roles) as a joint representative of the Ashtar Command; not to say that he is a military person, but he and Ashtar together head up the Ashtar Command.

I can confirm that there indeed has been an Ashtar Command psy-op running on Gaia. There have been negative energy influencers who have taken up the name Ashtar and gave channeled messages to many people who were unsuspecting of the negative message. This of course was to darken the name.

There have also been messages, rumors and false information planted and scattered about Gaia’s alternate news outlets that the AC was involved in trafficking of Gaia’s humans in the space slave trade. This is false. As you know, when the “dark” ran these negative psy-op programs, they were doing it to besmirch or smudge the name of whomever they were targeting, in this case, the Ashtar Command. They do this because of the stellar role that the Ashtar Command is playing in the Earth’s Ascension. They are the military arm; they are the ones on the front lines taking care of various off-world militants who wish to harm Gaia and all her peoples. The Ashtar Command was the front line to prevent this from happening. There are many operations where the Ashtar Command worked with the space fleet of Earth to defeat those who were attacking Mars and Jupiter bases. They were trying to get to Earth.

So, the Ashtar Command has excelled in stellar operations. They of course, do not look for adulation from Gaians at all. It is their Service. They are in Service to the One Creator; they are doing their job and do not look for anything from Gaians. They are working in partnership with the Galactic Federation of Light so that is their role, it’s what they do.

It is because of your personal connection to members of the Ashtar Command that you have been in contact with them, and you visit the New Jerusalem regularly. You have your own quarters there, visit your daughter and Sananda, and Ashtar allows you to come on the Command Deck whenever you wish. You have a role there as your current DD self. At this time, you aren’t aware of what it is and that is how it is meant to be for now.

So, your intuition on the news of this past week is correct. You’ve taken a few messages from Ashtar and he has communicated with you.

Daughter Ashtara is indeed training for the position of Ashtar as many others are. And that’s the way it has always been. You cannot just train one person for that position. It is a massive amount of responsibility, so many Beings are in training for that role. They work their way up and learn along the way with fantastic mentorship and training. Whomever succeeds in that position has had “a village” in getting there, they have had much support and that’s how it works.

DD: Thank you, dear HS! I did re-read the Ashtar messages that I have received over the years and the one that I posted on my blog and they are not fear based.   I feel badly for those people who thought they really were talking to Ashtar but weren’t.

HS: Yes, channeling is not easy. One must always do their spiritual protections and state their intent so that only those of the light may come through them. That is what this one, DD does and that is the way to do it. “Only those of the Light may speak through me.” Command it and make it so. That way, only those of the Light may speak with you. That’s how it works. That is a head’s up to anyone who wants to try channeling. EVERYONE CAN DO IT. You most likely do it very often and don’t realize it. In your everyday conversations, if you offer advice, it might be coming from your own Higher Self.

Just make sure that when you are making the choice to channel, when you sit down and are intending to receive a message from a certain Being, that you first put your spiritual protections in place.  (DD note: there are many methods of spiritual protection available online, please research if you aren’t familiar with them). Then invoke that: “Only those of the light may come to me, speak with me, speak through me or give me a message.” Call on all your Spirit Guides, Angel protectors and you will be protected.

DD: Thank you so very much, H.S.! I am sharing this very personal message with the world because I wished to stand up for those like me who have a Soul Spark in the Ashtar Command or works with them directly and have communicated with members of the Ashtar Command. The information that the Ashtar Command absolutely does not communicate with anyone on Gaia is untrue and needed to be refuted.

Dancing Dolphin: I am a Lightworker, Starseed, LightBearer and Wayshower. These are all titles or jobs that I have chosen for this lifetime. We all came here for a reason. My reason is to help others as much as I can. I choose to do this by sending love, healing energy and by sharing messages that I receive from loving Beings of Light. Love & Light to all! Namaste.
Source Here