Galactic Federation: A Journey Beyond Imagination

Galactic Federation: A Journey Beyond Imagination 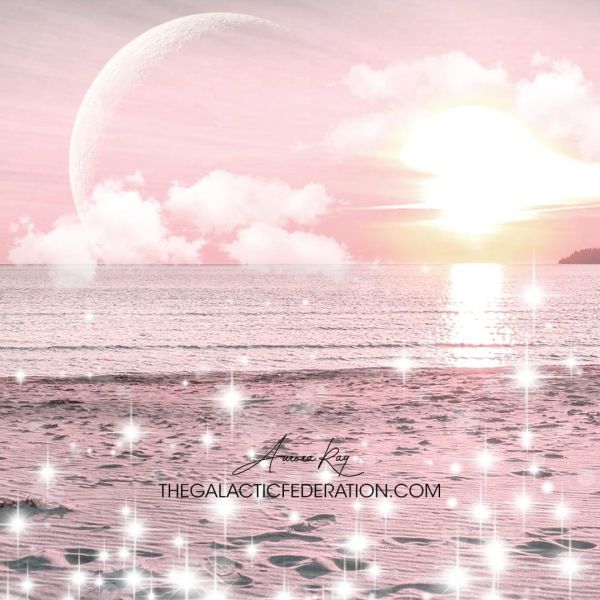 You are not going anywhere. You have already arrived. The golden age of Gaia is here now. Shift all your thoughts and emotions into positivity to experience its splendor.

My Personal Experience Witnessing Earth's Transformation Into The Golden Age.

The first time I saw the Golden Age was about 13 years ago when I was going through a dark period of life.

One night, I was sleeping and felt a sudden feeling of expansion in my consciousness. It felt as if my consciousness had really expanded up and out beyond normal limits, which I instinctively knew were limitations created by the mind itself.

It was shortly after I had accessed the higher dimensions of consciousness that I first witnessed the Golden Age. The galaxy itself appeared to me in a way that I can only describe as both exquisite and mysterious. There were small lights scattered throughout, and as my mind began to focus on each one, an explosion of color and light would begin. As I continued my gaze through this majestic scene, a feeling of awe overwhelmed me.

There was a moment when all of creation seemed to pause for no more than a second or two. And then, just like that, it began once again. At this moment, there was not only beauty but also an overwhelming sense of calmness and peace. It seemed as if everything were being held together by some kind of energy field; it felt so strong that nothing could ever break through it unless we allowed ourselves to be open to change in our lives. There is something so magical about this experience that words cannot even come close to describing what happens when you see the Earth transformed into the Golden Age with your own eyes!

In many ways, seeing the Golden Age has been like looking inside myself for answers about where humanity came from, how life works on planet Earth today (and what lies ahead), and who created us all! I've spent most of my existence wondering these things too, but now they seem less important than ever before because now there seems to be such clarity around those questions-at least if you just give yourself permission to know them by having faith!

You may be wondering, what is this Golden Age I speak of? It was like I was in an unlimited space where there were no limits, and nothing was impossible. There were not just infinite possibilities but actualities and realities that I could perceive with much greater clarity than ever before.

I'll explain how it relates to earth consciousness.

I try to verbalize the enormity of what I have seen. As my words leave my mouth, I realize how ridiculous I sound. To put it simply, it felt as if I had stepped out of my own body and seen the Earth from space, but it wasn't just any Earth; it was some kind of idealized version of planet Earth. Everything in this vision seemed so beautiful, peaceful, and harmonious compared to the Earth that I have always known here on the material plane. That word, "idealized," perfectly describes this vision because there were no obvious flaws anywhere in this world; everything was perfect!

All too often, during my many years spent reflecting upon the mystery of our existence here on Earth, I have wondered why things are so hard. Why is there so much conflict? Where is all the love? Well, friends, this vision showed me a glimpse into an alternative reality where all those questions had been answered! In fact, in this version of planet Earth, there was no sense of separation between people or nations; we were all just human beings living together under one sky and sharing one Earth!

It was like a vision, as though it hadn't yet happened yet somehow already existed as what is possible for our planet, kind of like the idea that all possibilities exist at once in the multiverse theory.

In this alternate reality, your role on the planet is paramount to its survival. In this vision of the Golden Age, people are not passive. They actively participate in creating a world that works for all. People take responsibility for their lives and live by principles that support harmony and unity so they can contribute to creating a world worth living in and leave a legacy worth sharing. As you look out into this new world, everything looks different: there is no war or violence anywhere on the planet, everyone has enough to eat, there is a shelter for everyone, people live in peace instead of fear, and there is sustainable energy everywhere you look. This is a reality somewhere; I witnessed it!

As the planet appeared, the first thing I noticed was that it had a very colorful, hazy aura around it, very similar to the way the sun has an aura. The colors were vivid and beautiful, just like a rainbow with all of the colors blending together.

This planet looked so beautiful, peaceful, and harmonious compared to the Earth that I have always known here on this material plane, which has seemed to be filled with so much conflict, disharmony, and struggle.

It felt as if my soul was being pulled into this magnificent world of peace and joy by an invisible force urging me forward. I followed this pull instinctively as I dropped lower towards this amazing planet. As I moved closer to the surface, I could see patches of green vegetation offset by some areas that were a shimmering golden color, almost like gold dust had been sprinkled on them from above!

I was in awe as I watched how alive everything was in its own way. It truly was a magical land; unlike anything I had ever seen before!

As I continued moving closer to its surface, I immediately knew that this was what the people of Earth called "The Golden Age." This world was full of love and light, completely different than any reality I had ever experienced before!

There is no way to describe exactly how happy I felt at that moment, but when you experience something so incredible for yourself one day soon on your journey home, then you will know exactly what I am talking about right now!