The Galactic Federation: The Quarantine Has Been Lifted

The Galactic Federation: The Quarantine Has Been Lifted 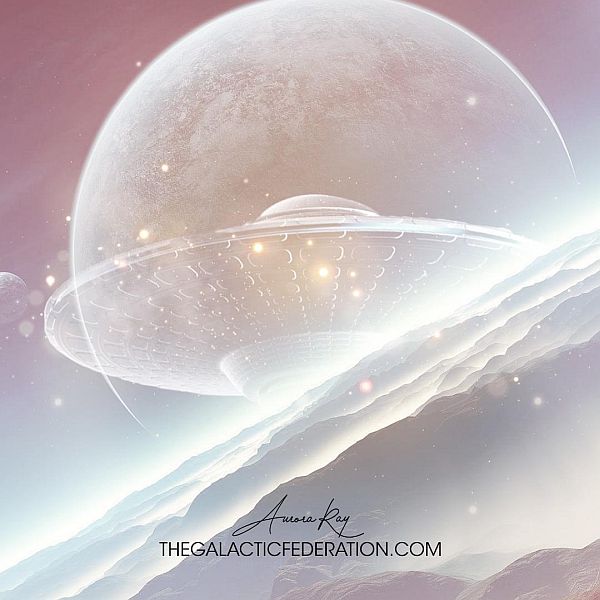 The human race has been under quarantine for eons. This means that we have not been allowed to travel beyond our atmosphere or interact with other star systems and galaxies in the universe. We are infinite beings with unlimited potential. We are now free to experience any kind of life we choose.

Be Ready For Mass Ascension.

The Galactic Federation is a federation of planets, star systems, and galaxies that follow the law of one and are in service to humanity and peace.

The human race has been under quarantine for eons. This means that we have not been allowed to travel beyond our atmosphere or interact with other star systems and galaxies in the universe.

This quarantine has been slowly being lifted over time by a plethora of different galactic races who have been helping us slowly evolve our consciousness.

This is all part of the grandmaster plan being orchestrated by our galactic family. We are finally ready to move into 5th-dimensional consciousness, and we have passed the tests.

Earth-based lightworkers are now free to share their true stories about extraterrestrials and how they have interacted with humans on planet Earth for millennia. This is an exciting time for all starseeds, lightworkers, crystal children, and the entire human race! The truth is finally starting to emerge from the shadows.

Homo sapiens are preparing to ascend from a third dimensional planet Earth to 5th-dimensional earth which we have heard of as 'heaven on earth'.

Some may even choose to join their galactic brothers and sisters on other planets throughout the cosmos. This is an intergalactic event that is overseen by the Galactic Federation. The event is called a "Mass Ascension". It is a planetary event that will take place in all countries around the globe simultaneously but it will happen gradually in stages. Every human being living on this planet will be affected by this event, so it is important that you are prepared.

The first step in preparation for your ascension is becoming aware of who the Galactic Federation actually is. The GF has been working diligently to prepare humanity for its ascension, but there are still many people who are not familiar with the GF or their purpose here on Earth at this moment in time.

And of course, we're nothing short of infiltrated so-called spiritual 'leaders' who try to sabotage the ascension of humanity by any means possible. Whether they are aware of it or not. These people come up with some amazing stories about different versions of the GF and try to paint them in dirty colors.

There's only one Galactic Federation and there is no need to attache 'of worlds' or 'of light' to this name. It is self explanatory that we are the GF of worlds as well as of light. Arguing about this is a completely ridiculous waste of time that can only occur in lower densities.

Understand the bigger picture. When there's a galaxy packed with various planetary systems that are inhabited by numerous galactic societies who are mostly peacefully co-existing with one another, doesn't it make sense that there must or should be one Galactic Federation overseeing the evolution, co-existence, and ensuring peace throughout the galaxy and its billions of beings?

Do you really think that there are 2 or 3 of these Galactic Federations that are either good or bad depending whether they attach GF -of Light or GF of Worlds to it? Can we please grow up and talk about more pressing matters at hand? ;)

Many advanced civilizations are ready to come from all over the cosmos, bringing us information and guidance to help us prepare for our ascension into the fifth dimension.

The Galactic Federation has lifted the quarantine of earth and is preparing for mass immigration to Earth from other planets. This is the event we've been waiting for. The time is now. The place is here. Get ready for the Great Ascension!

Armageddon means "the end of the world." It comes from a Hebrew word meaning "hill of Megiddo," or Mount Megiddo, in northern Israel.

In fact, some Christian denominations include this terrible event in their beliefs as a necessary step to usher in the second coming of Christ Jesus. They believe he will come back to finish what he started on Earth two thousand years ago: to lead the righteous into heaven and punish the wicked for eternity, who will burn in hell forevermore.

However, if we look at Armageddon in another light, we see that it can also mean "the end of ignorance." This is significant because our ignorance about our true natures as spiritual beings is what prevents us from understanding that there are energies that control the entire universe. This energy, chi, or life force energy, is literally everywhere and everything.

The ignorance of our true nature also manifests itself as a conflict between religions and nations. It is this ignorance that fuels war and violence.

The "end of ignorance" refers to the end of the collective ignorance of humanity--our thinking that we are limited beings living out a short life on one planet in one solar system. In reality, we are infinite beings with unlimited potential who can experience any kind of life we choose and who live on countless planets within many solar systems. Humanity as a whole is ready to recognize these truths now, and this recognition will lead to a mass ascension into higher realms where all beings experience perfect peace and unconditional love all the time.

This is a time in the history of the world when we are being called into greater awareness of who we are and what we are doing here. The signs of the times, which have been increasing over the last few years, indicate that we are experiencing a period of global awakening.

We're not the only ones mass-ascending to the next dimension. In fact, we won't even be the first ones. Many alien races who have been "observing" (or guiding) humanity for thousands of years are joining us in our shift towards consciousness and raising their vibration as well. Know that all other negative alien species have been removed from Earth's atmosphere, as well as from our inner solar system.

Planet Earth is once again a free planet!

Let us rejoice, dear ones. The time of the divine plan is coming into full fruition.